Throwables in Apex Legends can give people a ton of tactical advantages, and one player’s design for three new grenades would be perfect for the battle royale.

Respawn Entertainment has a deep arsenal packed into Apex. From the electrifying Arc Stars, to the popular Hop Ups, there are a ton of auxiliary equipment items for players to take advantage of in the game.

Even still, there could be a bit more of a variety in the Throwables department to really change up the way players approach a given engagement on World’s Edge. 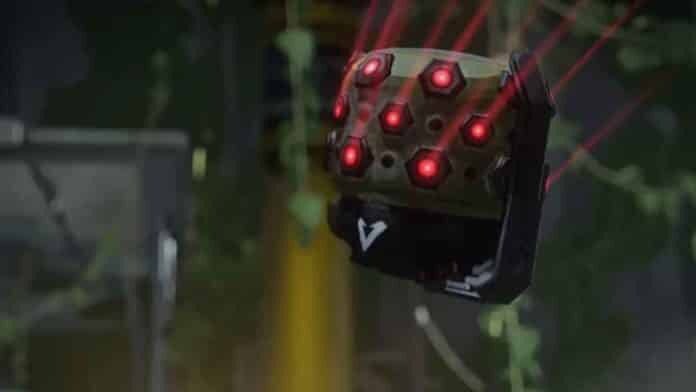 Explosives in Apex Legends have an incredibly diverse range of uses when properly applied.

To accomplish that end, user ‘realPipes’ detailed a few new grenades that would do everything from debilitating players’ vision, to making them think twice about running around aimlessly in close quarters.

In their design, the Explosives wheel gets a few new entrants in the form of a Sonic Grenade, a Flash Grenade and a Sticky Mine.

While the Flash Grenade works how people might expect them to, it doesn’t let the players get flashed when not inside of a room.

It’s a small but smart addition to the grenade to give players an incentive to choose how to approach a fight when they crop up.

The Sticky Mine is the one that would be the most hectic to add in the game. Attached with a motion sensor, the mines can stick on floors and walls.

But to prevent players from spamming them all over a building that they’re holding up in, the concept makes it so only one mine can be activated at a time. After eight seconds, the mine explodes if no one triggered it.

Though the most intriguing utility item comes in the form of a Sonic Grenade, which would disrupt an opponent’s comms.

RealPipes said it would force players to endure “complete silence for five seconds” while also removing teammate’s Pings during its effect.

While it deals no damage, it would still be a detriment since it gives a team the chance to converge on a player who is cut off from their squad’s communication.

Even though these items might not make it to Apex Legends, if Respawn needed some ideas for new explosives then this would be a great place to start.