The trio, named King’s Canyon, edged out Dr Disrespect and Team SoloMid streamers Kraftyy and Viss (Vissrespect the Kraft) in the grand finals to secure the $12,000 first place prize and the prestige of a Code Red championship.

The top three was rounded off with Reid’s Money Crew, featuring the trio of TSM’s vsns, chocoTaco, and Rogue Gaming pro HusKers, who ended up losing to Doc’s team in the Loser’s Bracket finals.

Before reading on the rest of this recap, it’s important that you brush up on the format used for this double-elimination tournament.

HOW TO WIN:
Since there are no custom lobbies available yet in Apex Legends, the eight teams had to load into public matches and try to get as many eliminations and the best placement they could.
In each round, teams had to three public matches to try and get more points than the teams they were matched up in the bracket. This is the scoring system that was used to determine point totals:

Having already destroyed Vissrespect the Kraft in the Winner’s Bracket final 116-66, King’s Canyon had the advantage of having to only win one game in the grand final, while Doc’s team had to win two straight since they were coming from the Loser’s.

The match started off pretty close, with Ninja and co. grabbing a 38-29 lead after map one, mainly thanks to dizzy’s incredible 22 kill performance and their eight point victory bonus.

You cannot kill him. Even when you think you have him, you don't. @dizzfila pic.twitter.com/aGgbOJIAOJ

The second map also went the way of King’s Canyon as another 17 elimination frenzy from dizzy saw their lead balloon to 73-42 going into the third map.

Despite the best efforts of The Doc, who put up 11 kills, Vissrespect the Kraft was unable to make the comeback in the final map, as King’s Canyon secured the grand final victory 92-56.

HUGE Congrats to this weeks Winners!

Thank you to all the competitors and to those that tuned in for this weeks #CodeRedLive :collision: pic.twitter.com/0X6XeRdCuE

There is no question that the MVP of this tournament was dizzy, who had spectacular performances match after match, putting up insane kill totals pretty much every round.

Here are some of the highlights of his gameplay from the earlier rounds of the tournament.

King's Canyon takes down VissRespect the Kraft and advances to the @PlayApex #CodeRedLive Championship!@Ninja went OFF for 17@dizzfila is completely dialed-in with the wingman and drops 12 and @KingRichard drops 6 in their final game for 35 Squad Kills.

Can anyone stop them?! pic.twitter.com/jqWTE9irXU

With the February 15 Code Red Apex Legends tournament now over, here are the full final placements along with the share of the prize pool that the top three teams received.

The finalized Winners and Losers Brackets, including the aggregate scores of each match, can be seen below the placements table. 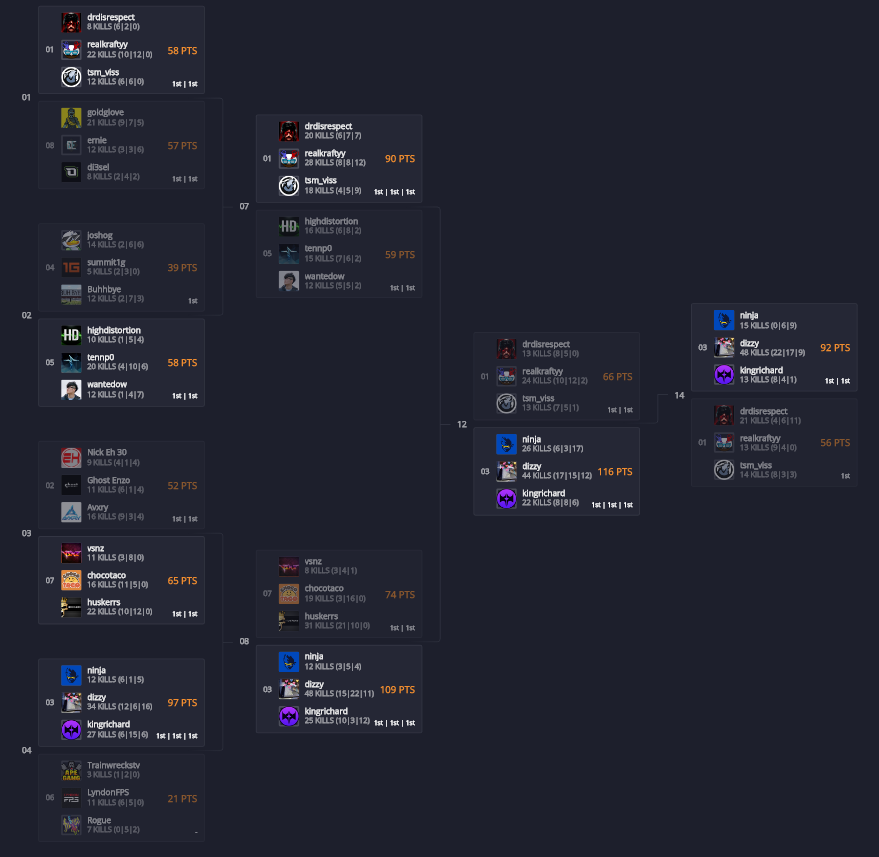 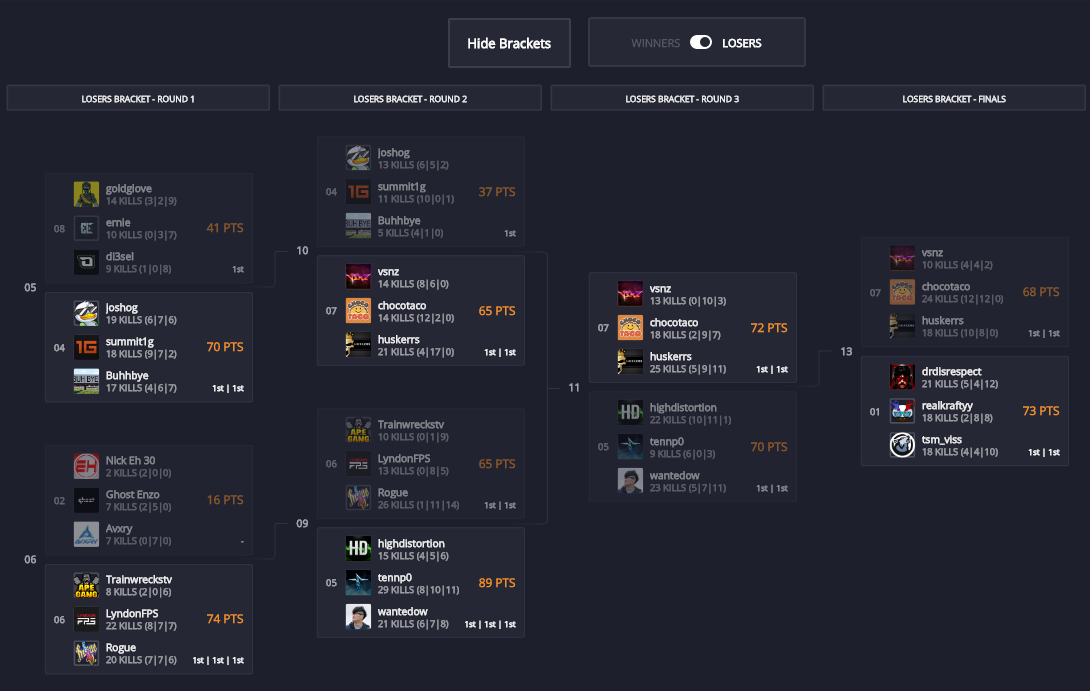 This first running of the Apex Legends tourney features some of the biggest names in the online gaming community, including Ninja, Summit1g, GoldGlove, JoshOG, and many others.