8 ways that Apex Legends can be improved

The positive reception for Apex Legends doesn’t appear to be fading. That doesn’t mean there isn’t room for improvement for the latest big game to enter the battle royale market…

Apex Legends was teased, announced and released all on the same day, on February 4. In 2019, this is an unorthodox way to release a game.

After just eight hours after release, EA’s attempt at battle royale had seen one million unique users play the game. One week after the release and there was another impressive milestone to brag about. CEO of Respawn Entertainment, Vince Zampella, confirmed that the number of players to try the game had jumped to 25 million!

What Could Make Apex Legends Better?

Irrespective of a huge player count and mostly positive feedback, there are still some areas where the game could be improved. The game’s development company, Respawn Entertainment, are already discussing balancing.

Here we discuss various ways in which Apex Legends can be improved. There are a few factors to consider when doing this.

Firstly, the games differ between PC and console (PS4 and Xbox). Due to the differences in hardware, the versions perform differently. Moreover, using a mouse on one and a control on the other changes the games’ dynamics.

Secondly, some of the ways the game could improve are simply inherent characteristics of the game. Lastly, suggested improvements are simply an opinion. There isn’t going to be unanimous approval of any suggested changes.

Therefore, it is important to make the distinction between PC and console.

The learning curve for becoming familiar with all the legends is a steep one. Each of them have unique special abilities, so learning them and the appropriate time to use them is important.

There are also various different types of gun that require practice to become effective with them. The current introduction mode does allow you to try all of them though.

Another suggestion we’ve read is a deathmatch mode. This is something H1Z1 have implemented. This would allow you to practice the core element of the game, gun-battles, without having the pain of loading a new game every time your squad is eliminated. 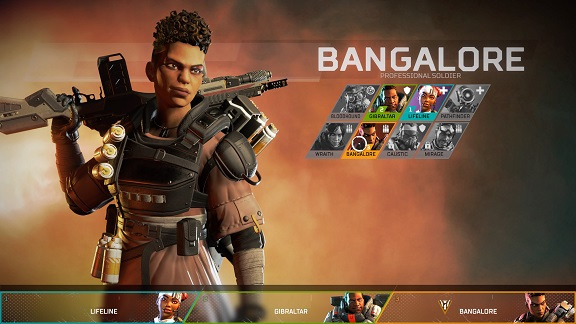 This is primarily a console issue, as looting and inventory management is considerably less cumbersome on PC.

There aren’t many games who would say that PUBG does something better than anyone else, but inventory management might be one of them. Once mastered, the system in PUBG allows you to become very efficient in looting.

By contrast, Apex Legends primarily uses the analog to manage everything. Some players might be fine with this but the option to navigate using the back buttons and d-pad is useful.

It should be noted that having attachments automatically added to new guns is a great idea, as it you from picking up attachments of a lower level than you already have. Moreover, stowing attachments is also a useful feature! 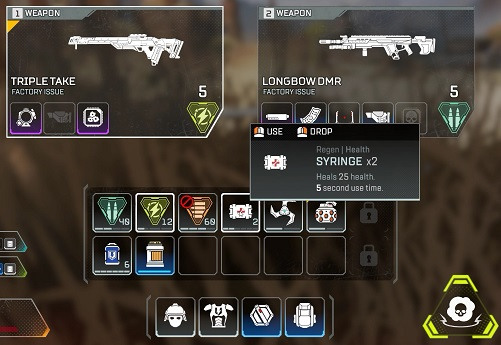 The inventory system in Apex Legends…

This is one that can be solved with relative ease. A lot of Apex Legends players are saying a lack of ammo is becoming a far too regular occurrence.

It is a small issue but one that can prove frustrating and costly.

The PC versions runs and performs differently to console. This suggestion is based on PS4 and Xbox.

On console, the game is supposed to run at 60 FPS. This is the same Blackout. However, the game doesn’t feel quite as smooth as Call of Duty’s ultra slick survival mode.

Whether this is just a small difference in responsiveness or actual frame drops is hard to determine. Even so, a slight increase in optimization could improve the game a lot.

Let us View Our Overall Stats

Battle royale games tend to have a lot of stat driven, KD checking participants. We all take pride in our stats!

Currently, you can only check your stats per legend. To get your overall stats you need to add up kills and wins for each legend, which is an annoying process.

We’ve all been in a game with someone who is a dead weight. However, just occasionally you will find a player that you actually want to play with again!

In this scenario a recent players list is needed. Otherwise, that one diamond of a player might never be seen again.

It is clear that the latest entries into battle royale, want to keep the action fast-paced. From an excitement perspective this makes sense.

However, there is a balance between speed and realism. This is something Blackout has done very well. For example, sniping on Blackout feels relatively polished whereby you can lineup a shot even if the player is bobbing and weaving in the distance. Conversely, hitting long-distance shots in Apex Legends feels a little more luck based than skill.

Too Many Bullets to Kill

This improvement is a prime example of a suggestion that is just a characteristic of Apex Legends. The futuristic setting, combined with gun balancing, means that players will always have to hit a lot of bullets to take down an opponent. It is a Halo style game after all.

Even so, there are numerous occasions when players are shooting an enemy and their health seems to be too much. This could be in part due to the frequency of high-tiered armor. It may also be a tactic from Respawn to keep players alive. In a battle royale game too much health may be better than too little because of the frustration of needing to start a new game.

What Do You Think Needs Improved?

Let us know what you think of these improvements and suggest your own on our Apex Legends Twitter page.