Apex Legends often rewards players for imaginative or insane movement to increase their chance of survival in the grueling battle royale, but NRG’s Coby ‘dizzy’ Meadows went back to basics to keep himself in the game.

Respawn Entertainment’s title has been swarmed with players who have been discovering new and intriguing stats in the game, so it was hilarious to see one up-and-coming pro expertly barricade himself from using a simple tactic.

During a stream, dizzy and his team were being pursued by an attacking squad. Since they were heavily under-equipped to take a fight, they elected to run. 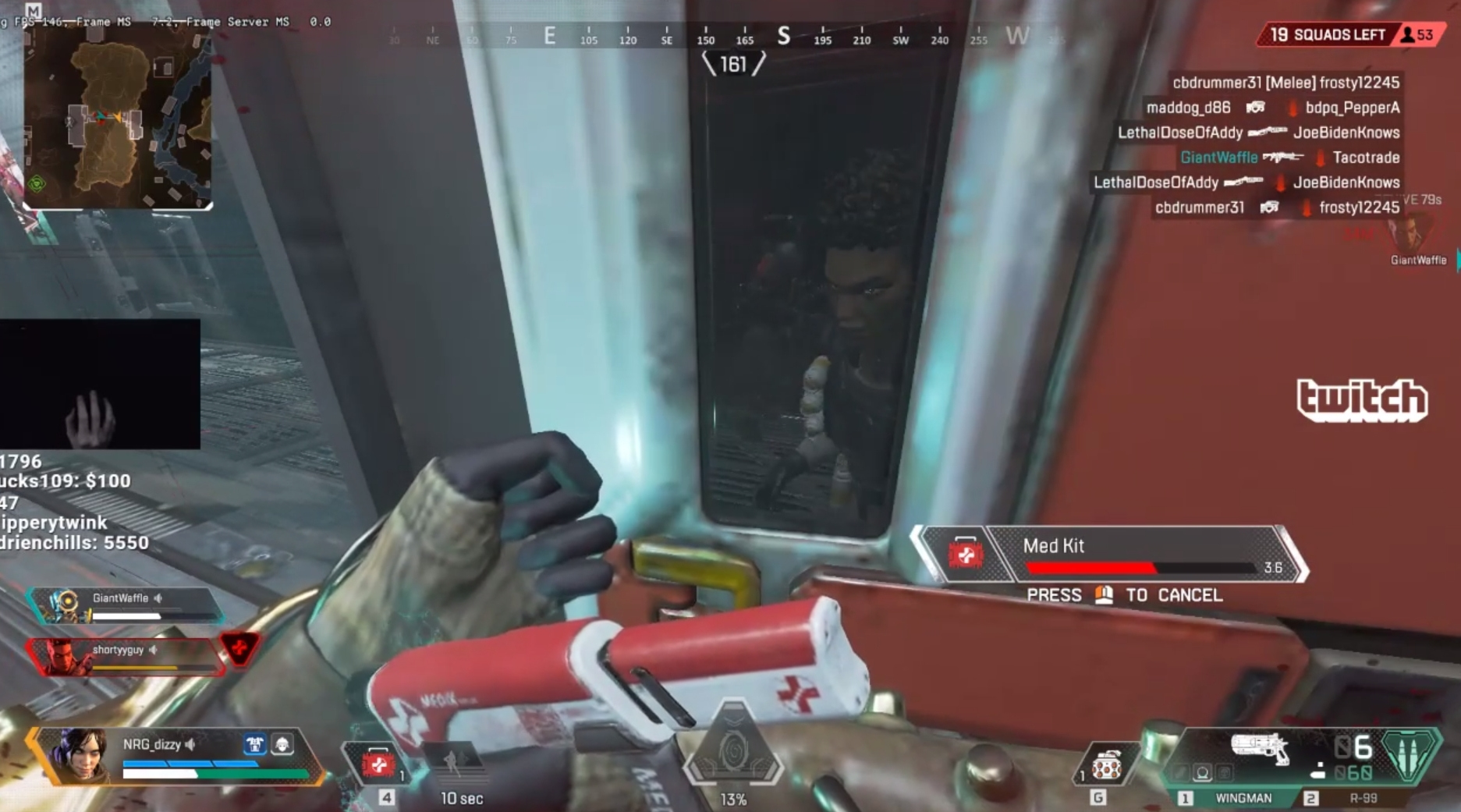 Dizzy played a hilarious game of cat-and-mouse with a whole squad.

Dizzy then found a room with a single entry and barricaded himself in by positioning his character behind the door.

What followed was a comically effective way of preventing unwanted guests from entering the room he was in. The hilarity only grew as Dizzy healed up, while constantly body blocking the door and pressing E to close it as the enemy tried to open it.

When the jig was finally up, Dizzy threw a grenade at the entrance and quickly backed off. At that moment, his downed teammates and an enemy Gibraltar stormed in.

After knocking out the foe, Dizzy proceeded to hide in plain sight among the downed players until an opposing Lifeline came in. The ruse gave him the extra seconds needed to get the jump on the incoming player.

Even though it was simplistic in its approach, the effectiveness and spontaneity of the peculiar technique is why some believe dizzy could be the best player in the game right now.