To close out Season 3, Apex players have been treated to the Grand Soirée event, which introduces a variety of Limited-Time Modes, challenges, and new cosmetics.

Among those cosmetics is a spectacular new Legendary skin for Octane called ‘Clocktane’, but Apex player Temphost has noticed a problem with the look.

A player spotted a mistake in Octane’s new ‘Clocktane’ skin.

As the name suggests, the ‘Clocktane’ skin is based around clocks, featuring several pocket watches, cogs, and a central timepiece.

There’s an issue with the clock on Octane’s chest, however: it’s missing a number. The clock features roman numerals, but as Temphost spotted, it skips directly from ‘IX’ (nine) to ‘XI’ (11), leaving out the solitary ‘X’ that should represent 10. 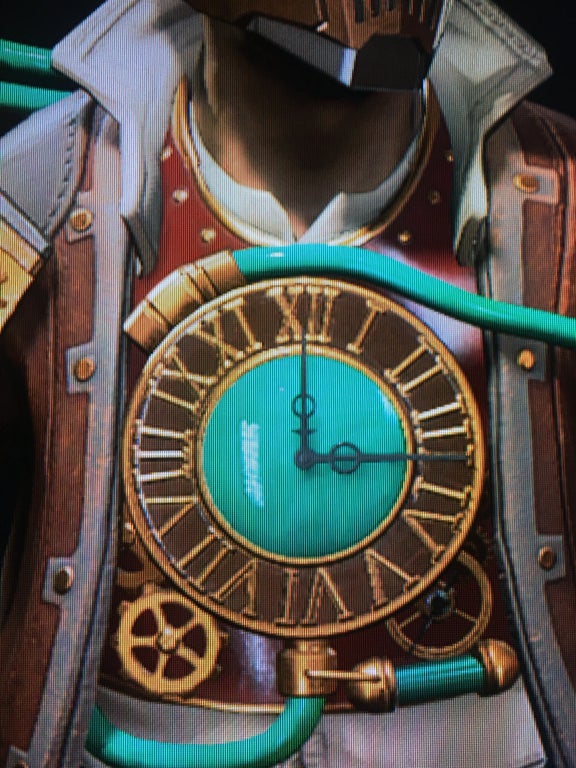 Fortunately for fans who might be frustrated by such an oversight, the developers have already responded to the issue. Respawn artist RSPN_Jeremy not only acknowledged the mistake, but was quick to point the finger at the person responsible – 3D Artist Eric Simard, who created the skin.

If you’re waiting for an update to the skin, however, it could still be a while. The developer gave an estimate of 6-12 weeks before a reworked look might actually appear in the game, explaining that a fix would have to wait for an appropriate patch to be implemented in. For something that’s not affecting gameplay in any way, Respawn won’t rush out an update that could cause further issues down the line.

It does seem, however, as though a fix will eventually come, with RSPN_Jeremy confirming that he’s already seen work being done on the skin. He was careful to emphasize, however, that he has no control over whether the fix ever actually makes it to the live game.

Comment from discussion Good job Apex, you forgot to add the X on clocktane, RIP stimming at Ten O’Clock.

In the meantime, those who can view the mistake as a funny little easter egg can still pick up the otherwise stunning skin for 1,800 Apex Coins, while those who can’t stand to use it knowing about the error will simply have to wait for a fix to arrive.