Apex Legends has broken Fortnite’s viewership record for most hours watched on Twitch during a single day. The record was smashed on the same day as the Twitch Rivals competition on February 12, which featured streamers battling against each other on Respawn’s new battle royale game.

Twitch Rivals was the first Apex Legends tournament to take place since the shooter was released on February 4. It put streamers head to head against each other to see who could nab the most kills or wins in an allotted amount of time.

With hundreds of thousands of fans watching their favorite streamers such as Ninja, shroud and Dr Disrespect battle it out on their channels, Apex Legends managed to hit 8.28 million hours watched, beating Fortnite’s record of 6.6 million during the second week of the Summer Skirmish.

Apex Legends had a spectacular debut as an esport and Respawn will look to take the game higher from here.

Fortnite’s single greatest day of viewership came July 20 during the second week of the Summer Skirmish, but Apex Legends beat it on the very first day of its inaugural esports competition.

Apex Legends’ viewership was spread across numerous streamers like shroud, Dr Disrespect, bnans, LIRIK, Ninja, and more, which only added to the amount of hours watched.

Shroud led the pack of popular streamers as he recorded about one million hours watched from an insane peak concurrent viewership of 140,000 while playing Apex Legends.

Shroud’s numbers were logged from around 6.8 hours of play. By comparison, Ninja’s Summer Skirmish peak was one million hours watched during 8.1 hours playing Fortnite. 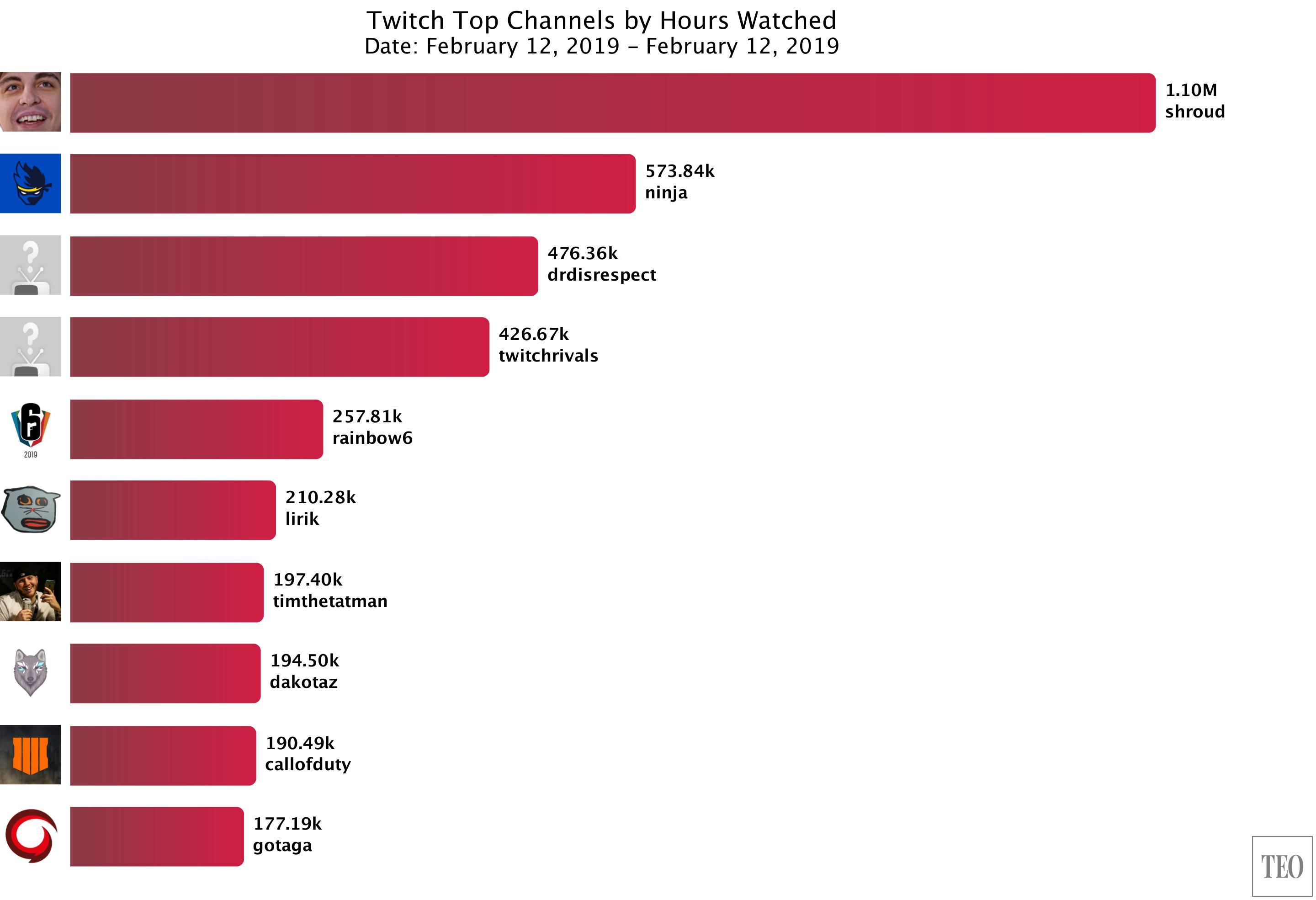 Breakdown of the viewership for the Tiwtch Rivals Apex Legends Challenge by streamer.

Apex Legends has certainly hit the ground running, and after a record-breaking first day as an esport, players can expect the numbers to grow.