Respawn Entertainment have announced the next event in Apex Legends: the Battle Armor limited-time mode that will offer a twist on body shields every few days.

With Season 4 slowly starting to end in Apex Legends, developers Respawn Entertainment have planned one last hoorah before they flip the page to Season 5.

Starting on Tuesday, April 28, this new Battle Armor Event, which takes place on the World’s Edge map, is a 14-day LTM that will rotate the different types of body shields available in the game. 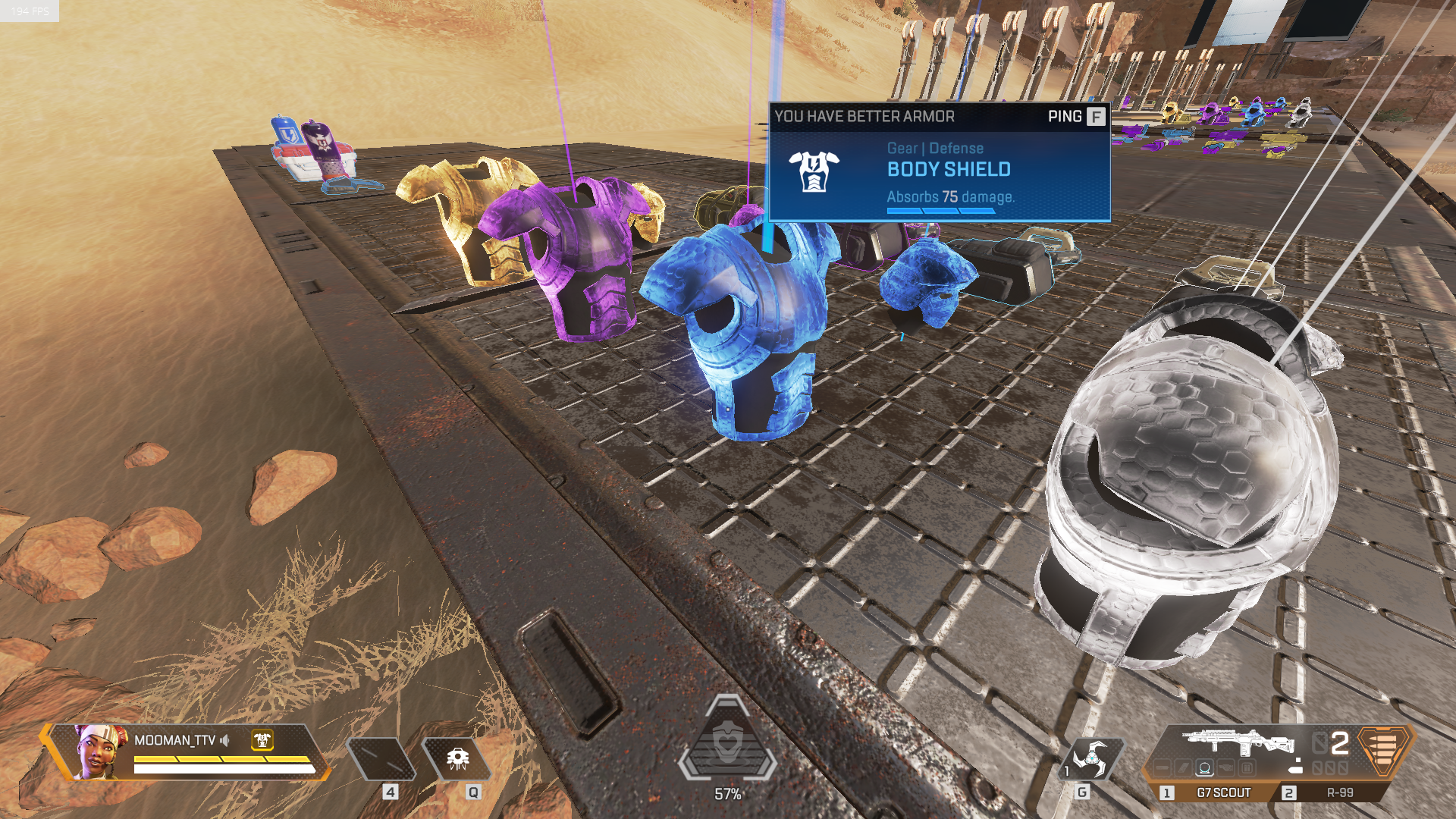 The Battle Armor Event will put a twist on body shields in Apex Legends.

The way it will work is that during each rotation, only one type of armor will be available, and players will already have it equipped when they drop into the match, along with a P2020 pistol.

The catch is that all of the body shields will be removed from the loot pool; everything else, including shield cells, batteries, and all other types of loot will still be available except for armor.

Here is the rotation schedule for this LTM:

Evo Armor – the newest type of body shield in Apex Legends, will make up the final rotation of the Battle Armor Event.

“Throughout the last year, we’ve heard many fun ideas from our fans about different ways to play Apex Legends,” said Jason McCord, Design Director of Apex Legends. “One of my favorites has been suggested countless times, and even more so when we introduced the Evo Shields in The System Override Event.”

McCord offered a piece of advice for that fourth and final rotation, the one with Evo Armor, saying that players should try and get aggressive early so they don’t fall behind upgrading their shield: “And if you want a pro-tip from me: get in fights early, or you’ll be left limping into the final circle with Level 1 armor!”

On top of all that, everyone who manages a top-five finish “across all modes during this phase” will receive additional double Level XP.

The only type of body shield not featured in the Battle Armor Event is the Legendary gold version.

The Design Director also revealed that this Body Armor Event is the first stage of experimentation on the developers’ part with the core gameplay of Apex Legends, and that similar LTMs with twists will be released in Season 5.

Speaking of which, Respawn have also delayed Season 5 by an extra week in order to not only accommodate this event, but to also give players a chance to rank up their Battle Pass even higher. The new season will kick off on Tuesday, May 12.