Twitch streamer Chance World of Warcraft Classic with a massive LAN setup to for marathon play through.

Blizzard has given its long time fans an incredible throwback to the MMO that inspired their gaming tendencies over 10 years ago by releasing the purest form of classic World of Warcraft to hit the modern market.

Players like Soda and crew weren’t about to let the occasion go without proper due diligence as if it were just another game release, resulting in an epic streaming/WoW setup so that everyone in the party could grind for hours at the optimal level. 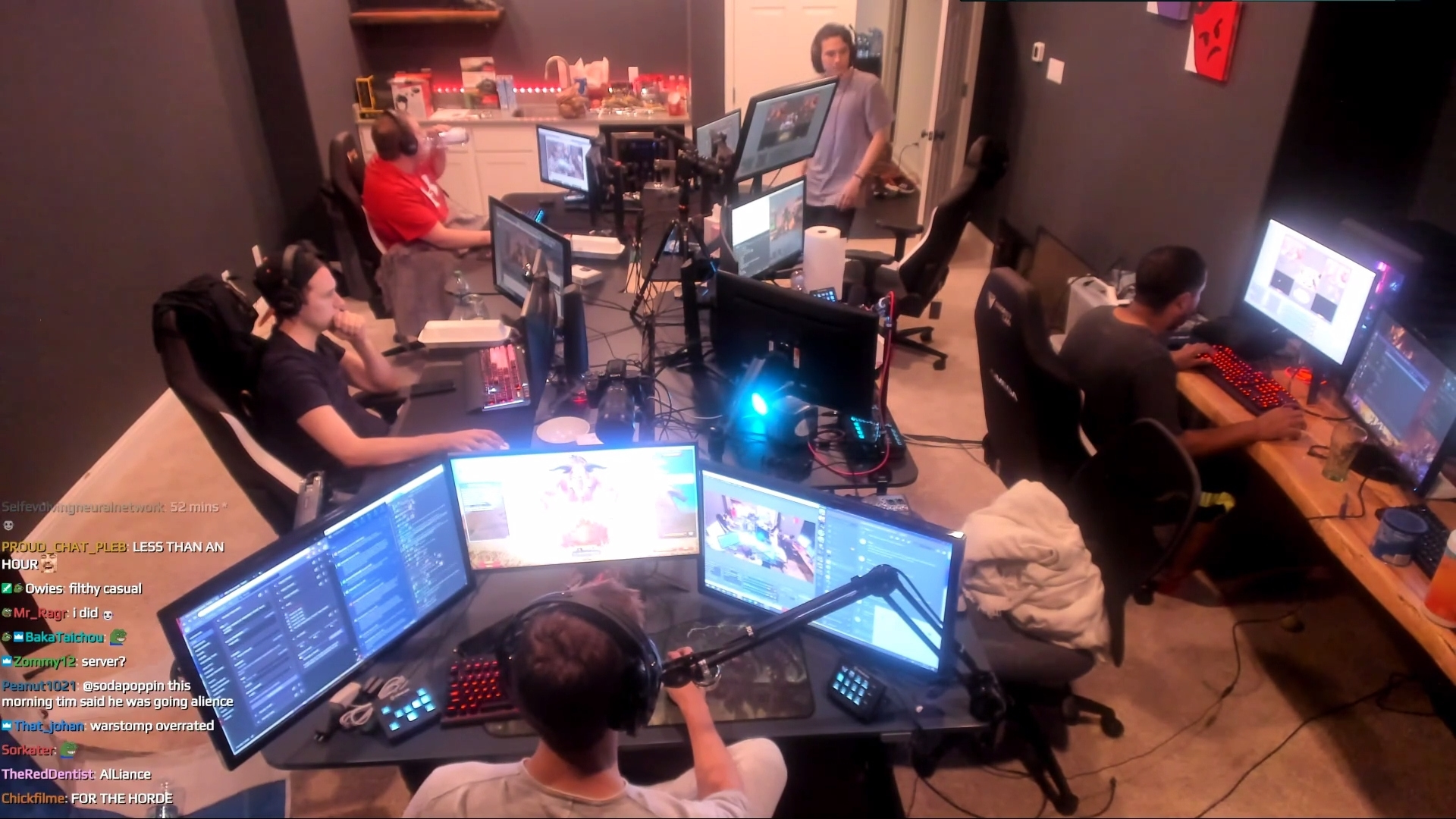 The set up took a day and a half to make to prepare for WoW Classic.

Before their 20+ hour foray into the world of Azeroth, Soda gave a peak into setup that he and his friends were going to rely on to capture all the action.

As Sodapoppin changed his stream’s scene, he revealed a room with no less than 12 monitors that would be used for the deep dungeon dives to facilitate the ludicrous leveling layouts they had planned beforehand.

“One hour until servers go up, all of us are prepared to be fully autistic and grind for hours on end,” Sodapoppin said before noting he had carefully curated his wardrobe too since he was going to get “sweat and get real disgusting.”

The whole WoW setup took his friends a “day and a half” to complete, and it looks like Soda’s Twitch Chat agreed that the toils and labor fully paid off.

The release of WoW Classic has been largely fueled by a nostalgic hype that a lot of newer players might not be able to readily understand.

As a large streamer with different kinds of viewers, Soda made sure to cover his bases well in advance to the big launch.

He previously warned his stream how “boring” WoW Classic would be to both play and watch, but he was full-speed ahead on the hype train: “I told you guys this is a big deal for me, so when it comes to paying attention to the stream it’s at a minimum.”

The massive WoW Classic setup is a testament to old-school gaming sessions that Sodapoppin and co. were excited to finally get back to.