Ubisoft has announced that Tom Clancy’s Rainbow Six Siege will be free to play on all platforms this weekend, August 16-19.

Rainbow Six is a tactical round-based shooter, one that quickly become popular with both casual and competitive players, now supporting a burgeoning esports scene.

The free weekend will go live worldwide on August 16, for all the relevant timezones see the map below. 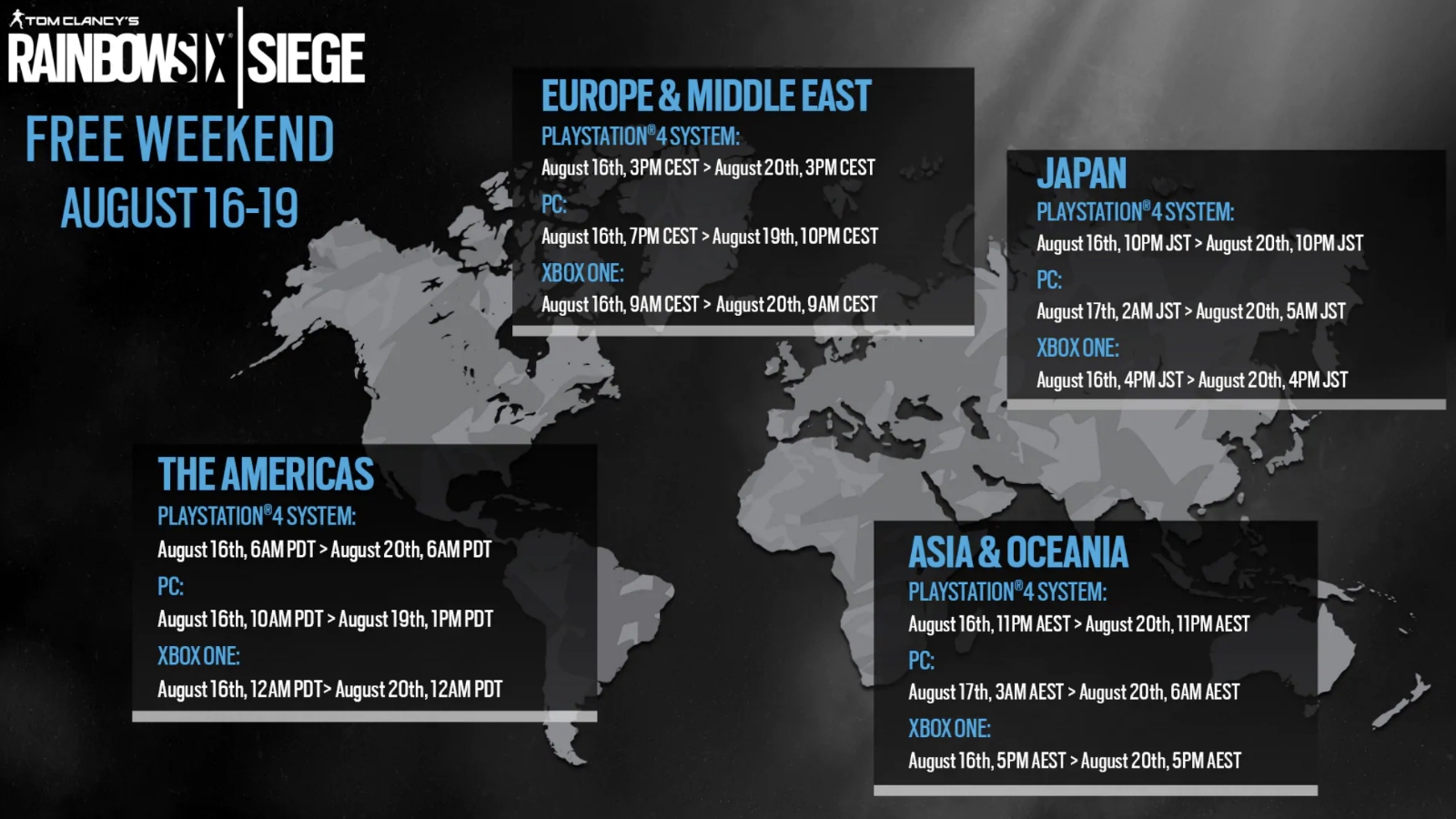 You can also pre-load the game in preparation for the weekend right now on PlayStation 4 and PC. For Xbox players, you can play with Xbox Live Silver, so you don’t even need a paid Gold membership.

In addition to carrying over you progress, if you enjoy the free weekend and want to purchase the full game, it is available at a 60% discount on all platforms, for a limited time.

This video from Rainbow Six’s official YouTube is a great introduction to the game if you are new.

This is all being done in celebration of the game’s next title update, ‘Operation Grim Sky’.

The upcoming Operation Grim Sky will feature two new operators, one American Attacker and one Defender hailing from the UK, and the first ever fully reworked map, Hereford Base.

The full reveal of the Year 3 Season 3 content for Tom Clancy’s Rainbow Six Siege will be made on 19th August during the Six Major Paris.