The Remastered game drops on Friday, November 6, but we’ve had our hands on it for almost a week now. During that time there has been plenty of nostalgia value on offer – players of classic NFS games and the Burnout franchise alike will feel ‘at home’ on Hot Pursuit Remastered, but nostalgia alone isn’t enough to sell a game.

Thankfully, the developers have implemented a thorough overhaul of Hot Pursuit while remaining as true to the original as possible. As Chris Roberts, Creative Director at Stellar Entertainment says, it was like “video game archaeology.”

Thankfully, it’s not all old news for the remaster. Here’s our in-depth review of Need For Speed: Hot Pursuit Remastered. 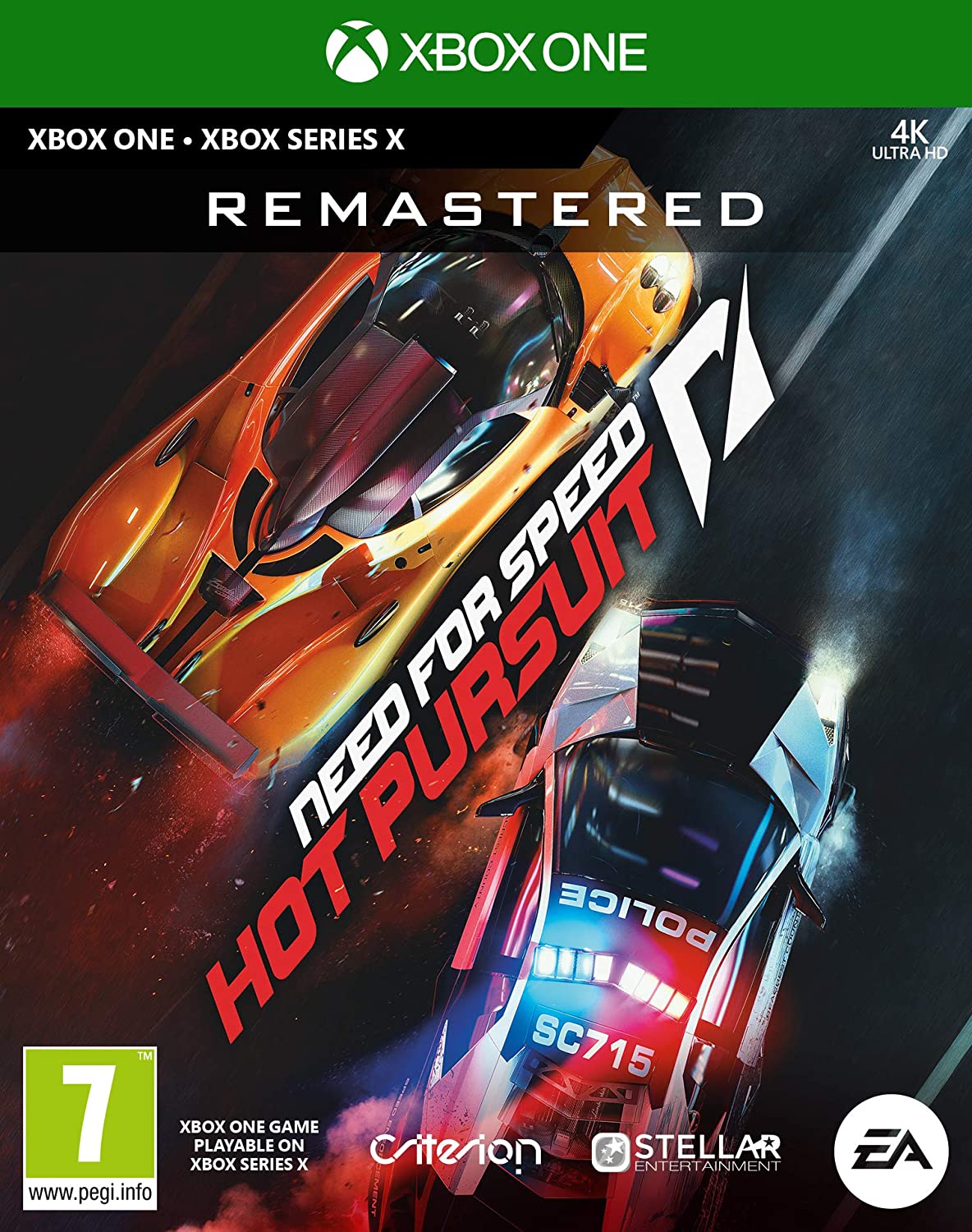 Fans of the original 2010 release will find themselves swimming with nostalgia as they dive into the world of Hot Pursuit Remastered. While every single mission from the original game has been carried over, the additional six hours of gameplay from various DLC packs have been woven into the career mode.

This means that while it is a mix of standard and ex-DLC missions, the feel is very organic in the way they’re distributed.

The game itself is still true to its roots. Players get to masquerade as both law-defying racers and high-octane cops, battling it out for control over the fictional Seacrest County. Missions are chosen by the player in Career mode, allowing them to chop-and-change between factions at will. 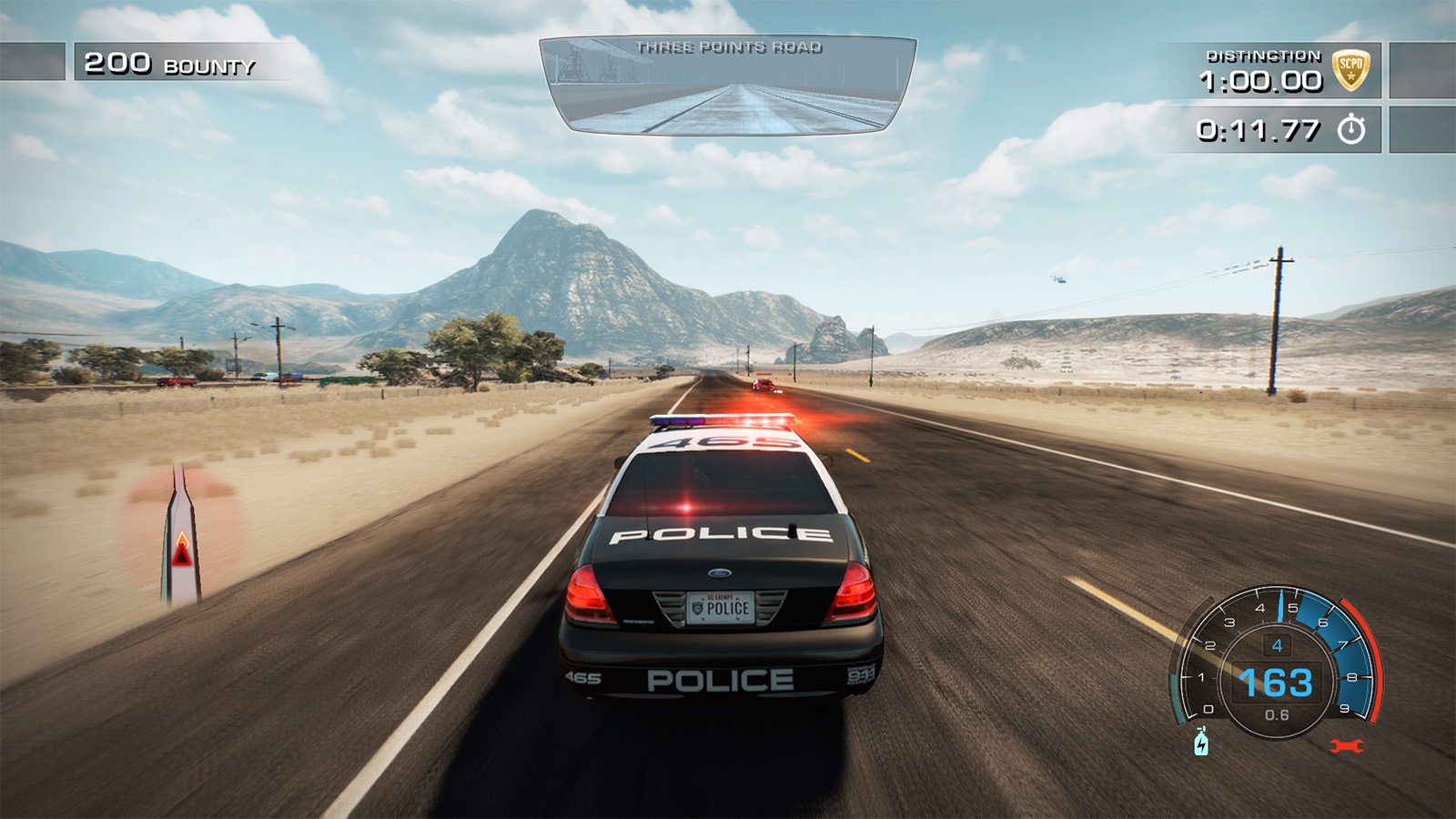 In Need For Speed Hot Pursuit Remastered, players can experience both sides of the law.

Not only can players choose missions at will, but they can also drive at will, too. By hovering over any ‘racer’ or ‘cop’ mission logo on the Seacrest County map, players are able to select ‘racer free roam’ or ‘police free roam’ respectively. While there is a frustrating lack of any mini-map / pause menu map, free roam mode can be useful for discovering new shortcuts, or just for taking advantage of the in-game photo mode.

Need For Speed Hot Pursuit is designed to be as accessible as possible, as well as being the sort of game you can ‘dive’ in-and-out of at will. Missions are quick to select, quick to load, and straightforward – objectives are clearly explained before the mission starts, while the controls are easy to get used to.

The entertainment factor is instantaneous – no long build-ups or ‘stepping stone’ missions that have to be done to unlock the next story chapter here, just drop in, choose a mission, choose a car, and have fun.

As with any NFS game, the soundtrack is also very impressive. Mixing chart-topping names with nostalgia-inducing tracks from the original game, the developers have created a perfect soundtrack regardless of which side of the law you’re playing on.

Long-time NFS fans may be disappointed by the lack of new features, however. While the game is trying to be as true to the 2010 original as possible, it can’t help but feel like it’s missing something. A manual transmission option would’ve made driving more immersive, while the appearance of true car customization (rather than just the addition of the custom color picker) would’ve been a welcome addition to the title.

The pause menu system is unusually glitchy: Should you pause while in the middle of the race for any reason, there is a lag between resuming the game and the controls becoming responsive. If on a straight section of road this is not really an issue, but if you are halfway around a bend when you pause, there’s a strong likelihood of the car veering into a wall or off-course before the controls become responsive again. 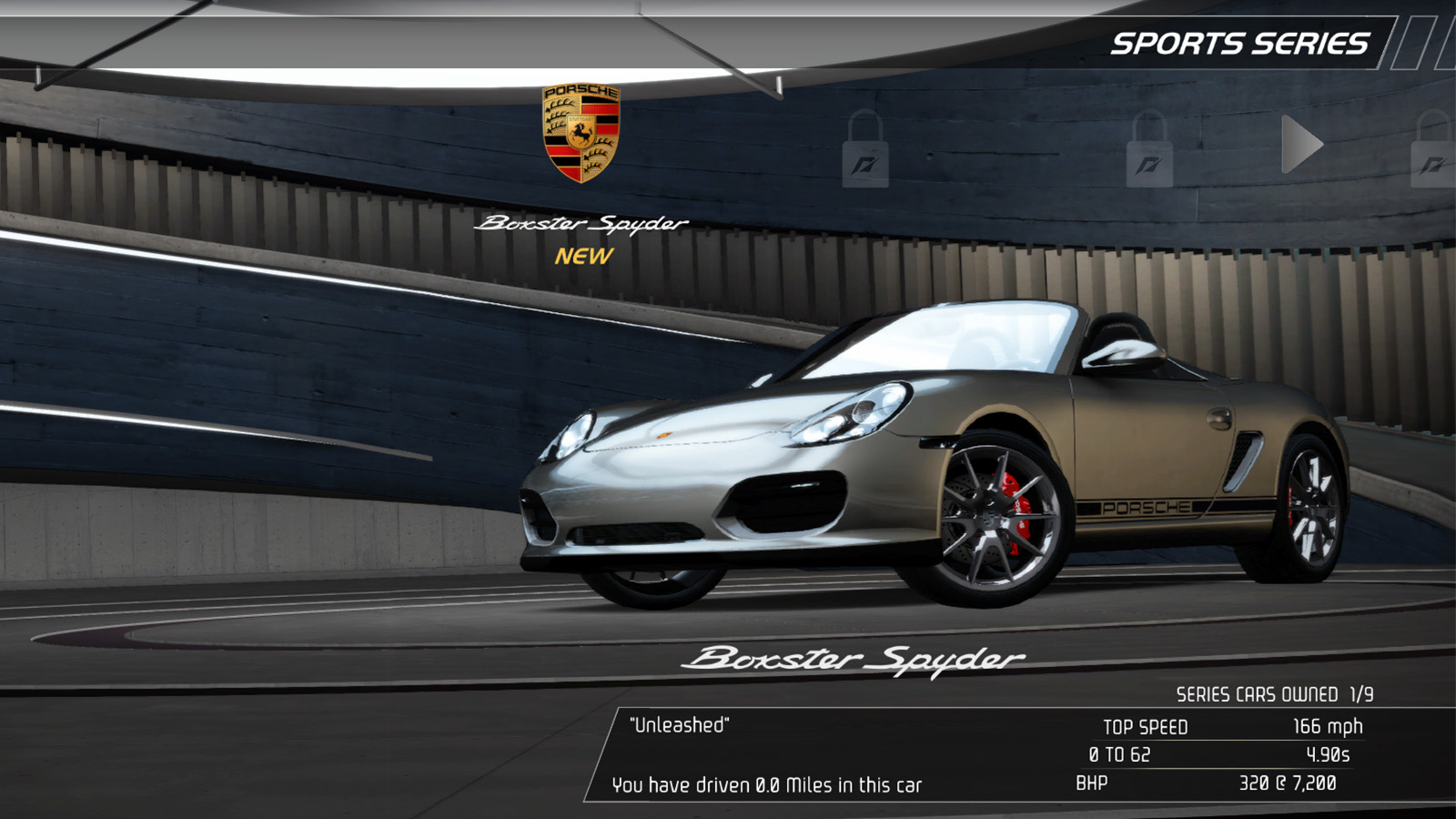 The vehicle models in Hot Pursuit Remastered look like they could’ve been updated to include more detail.

There are also issues with the graphics. While the textures have been updated to reflect the newer technology available, the resolution and object details are still nowhere near that of its competition.

Similarly, the car models themselves are far too basic and lacking in detail for what is to all intents and purposes, a 2020 game. While the roster is impressive and includes all previous DLC pack vehicles and missions from the 2010 original, the models themselves look like they’ve only received a minor overhaul for the new game.

Screenshots do make the game look good, but the beauty is skin-deep – once the cars are up-close in the garage, the faults begin to show – everything feels just a little too accurate to the 2010 release here.

That having been said, the cinematics for the cutscenes are excellent, so too are the crashes themselves – perhaps the most spectacular ever seen in a Need For Speed game. While they are typically dramatic, they aren’t over-the-top, and are genuinely entertaining to watch, which is a good job too, as they can’t be skipped. 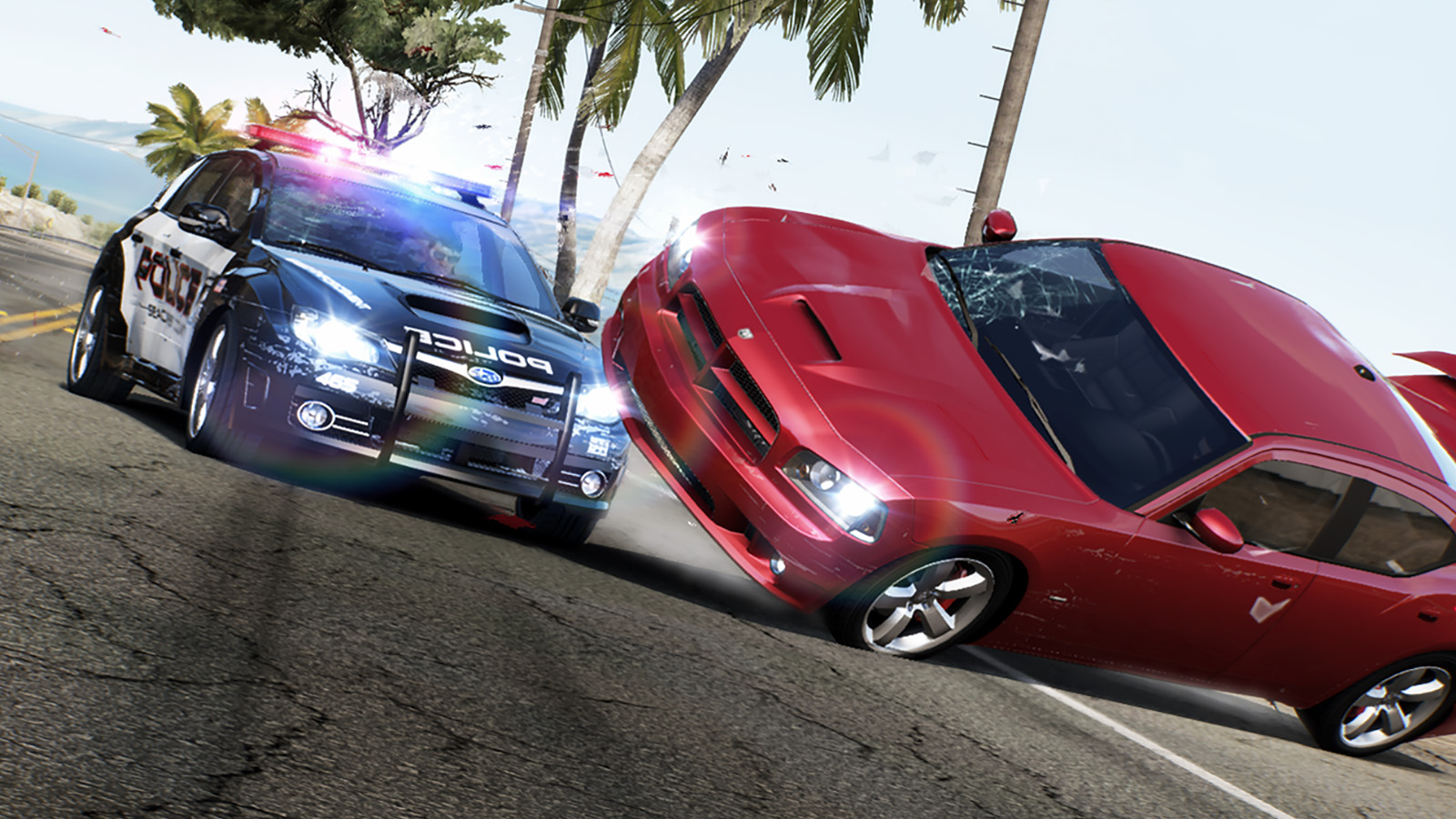 Despite the graphics issues, the collision cut-scenes are very good indeed.

The single-player career mode is the backbone of Need For Speed: Hot Pursuit Remastered. Missions are split between ‘racers’ and ‘cops’ as previously mentioned and are scattered around the map. Each ‘hot spot’ location has a plethora of challenges to work through, on both sides of the law.

Missions themselves are split into a number of categories, including ‘hot pursuit’ ‘rapid response’ and ‘NAME’. These missions are unlocked in order, and can only be accessed after completing the one prior. This means that there is no ‘skipping ahead’ in the game, or picking only the missions that are of interest.

While the sequence to the missions may be useful for stopping any ‘skipping,’ the missions themselves lack any depth. Yes, Hot Pursuit is designed to be an accessible, arcade-style game, but other than unlocking the next vehicle, it feels like there’s not a very substantial ‘pull’ to Career mode; It doesn’t make you want to come back over-and-over again to work through a storyline or level up.

The Racer missions center around being a rebellious road-racer tearing up Seacrest County, while Cop missions are the inverse, focusing on taking down the aforementioned racers. With a good mix of different mission types across both sides of the law, there is very little repetition to speak of, and the missions make good use of the massive open-world map. 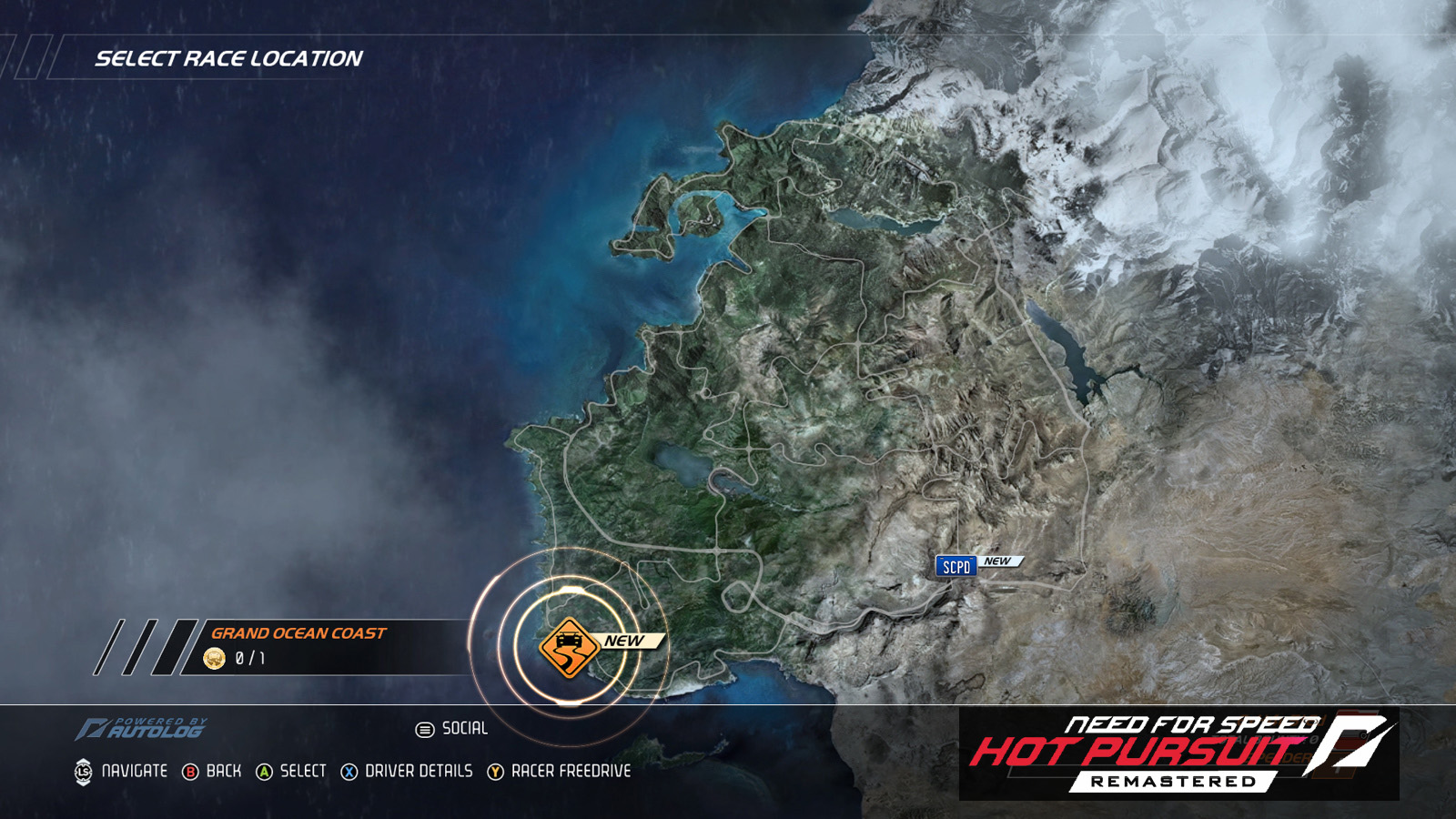 The entirety of Seacrest County is available in ‘free roam’ and in the new ‘Most Wanted’ online mode.

Despite the shortcomings of the career mode, it seems that the online multiplayer is shaping up to be a real hit. Cross-play support is new for the remastered edition of Hot Pursuit, and it looks set to be a hit.

Players on all platforms can compete against each other online, with results all being displayed via the in-game ‘social media’ network Autolog. This mirrors the online system seen in the 2010 release, but has been updated for the remaster.

The idea behind the online multiplayer system is that players will engage in friendly competition across all modes. The career mode ties into Autolog, which means players will compete against online rivals to score the best time in ‘rapid response’ events, for example.

Not only will they compete to rank higher on leaderboards, but players will also be able to enjoy two all-new online modes. The first – ‘Arms race’ – is being billed as a kind of “grown-up Mario Kart.” Players will start the round with fully-stocked weapons, and have access to a ridiculous amount of boost. 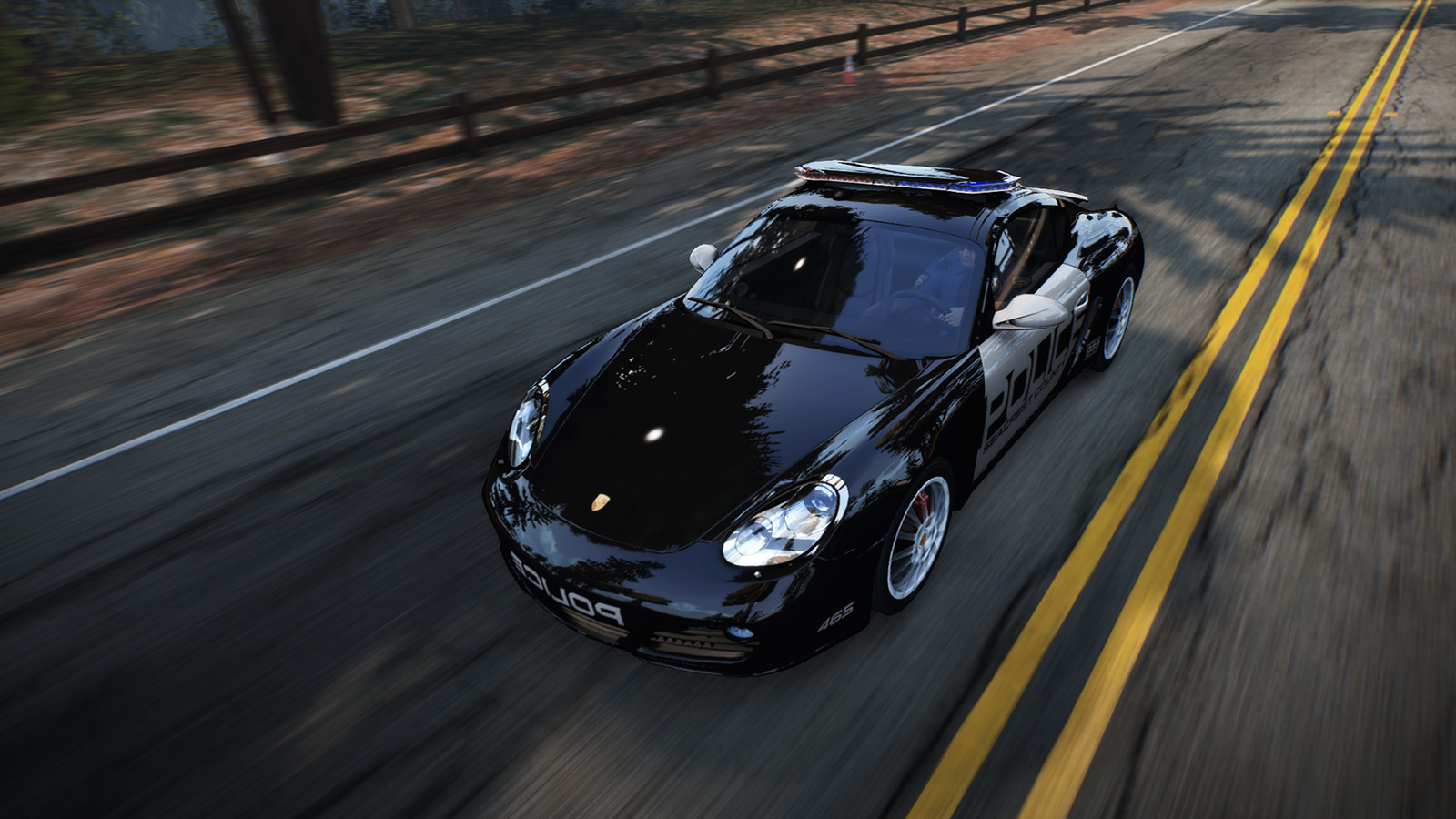 Even the cops get cool cars in Need For Speed Hot Pursuit Remastered.

There is also the inclusion of the ‘Most Wanted’ mode to Hot Pursuit Remastered online multiplayer. This has the potential to be the best feature in the whole game. Utilizing the entire open world of Seacrest County, players will be able to take the side of either cops or racers, and either hunt or evade the competition depending on their faction.

With the whole map available, hiding places, shortcuts, and stealth tactics will all come into play in this automotive version of cat-and-mouse. Throw in cross-play compatibility letting all platforms play together, and ‘Most Wanted’ looks to be the standout feature of Need For Speed Hot Pursuit Remastered.

Overall, this is a game that relies a little too heavily on nostalgia, and the addition of new multiplayer modes. While Hot Pursuit Remastered is superbly entertaining to play, it lacks any real ‘depth’ or ‘pull’ factor, especially in career mode.

The inclusion of the ‘Arms Race’ and ‘Most Wanted’ modes for online multiplayer will no doubt prove a hit, while the new cross-play support – including for Nintendo Switch – will ensure almost anyone is able to enjoy Hot Pursuit Remastered, regardless of their platform.

While the entertainment factor is certainly there and it is sure to “tweak the nostalgia gland” of long-time NFS fans, the game appears to lack any real longevity – it feels like more of a ‘flash in the pan’ of excitement and entertainment, as opposed to a game that will be popular in the long run.

Overall, a superbly fun arcade-style game, but one that might be almost too accessible.