Why #GameFreakLied is trending ahead of Pokemon Sword Shield release

Fans are divided ahead of the Pokemon Sword Shield release with hashtags such as #ThankYouGameFreak and #GameFreakLied trending just days before the game comes out.

‘Thank you Game Freak’ started trending as trainers shared their support for Pokemon game developers. They have developed all the mainline games since 1996 when Pokemon Red and Green introduced the world of Pokemon to us.

The trend was a response to the negativity surrounding the removal of the National Pokedex, and general pessimism about the game. This began to get tiresome for trainers who are looking to exploring the Galar region. The hashtag was also a way to show support for the Japanese developers who will have no doubt been aware of the divided fanbase ahead of the Pokemon Sword and Shield release. 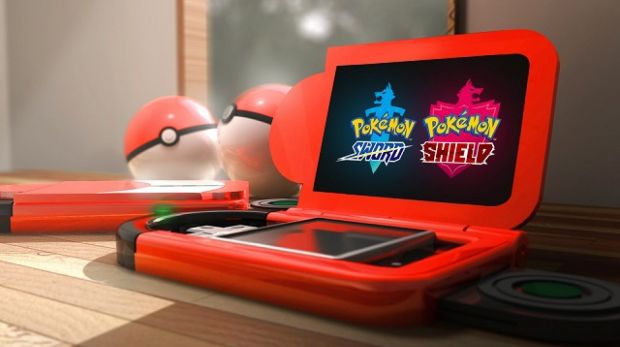 One trainer shared their support with the tweet: “#ThankYouGameFreak for the series that introduced me to new friends and getting me to travel to places far and wide.”

#ThankYouGameFreak for the series that introduced me to new friends and getting me to travel to places far and wide. pic.twitter.com/f36L2aRrm2

However, while the more positive Game Freak hashtag was trending a few days ago, there are a lot of Pokemon players who disagree with it. In response to this, the #GameFreakLied hashtag has become a trend, and it appears there may be some justification for it, too.

Simply put, the hashtag refers to comments made by the company over the last couple of years which are questionable at best. Despite Sword and Shield not being officially released, these fans believe they have seen enough to show that Game Freak have been lying during the build up to it.

One Reddit user pointed out that the President of the Pokemon Company, Tsunekazu Ishihara, stated the following:

These are certainly not outright lies, but can interpreted as such depending on your opinion of Pokemon Sword and Shield. Regardless, this is the essence of why Game Freak lied is trending.

Elsewhere, a Twitter user has highlighted a quote from Junichi Masuda. “I think one of the joys of Pokemon is being able to use your favorite Pokemon from the Blue and Red Versions all the way through to the newest iterations. So no, I don’t think we can do that,” the Game Freak Director said in response to a question about cutting Pokemon from the Pokedex.

#GameFreakLied “Reminder that Junichi Masuda himself once said this about transferring older Pokémon.”

These weren’t the only two hashtags trending though, as #ThankYouGeniusSonority also gained some traction. For those of you who don’t know, Genius Sonority were the developers of the popular Gamecube games Pokemon Colosseum and XD: Gale of Darkness.

The games have aged excessively well, and routinely receive praise even by today’s standards. It has led to comparisons between these games and Sword and Shield, despite being more than 15 years apart. [ad name=”article4″] The argument being made is if consoles were capable of this in 2003, then why can’t a polished, high performing Pokemon console game be made today — assuming you’re in the camp that believes Sword and Shield isn’t that. One Twitter user didn’t hold back with their thoughts: “#ThankYouGeniusSonority for all the hard work making a truly great Pokemon experience on a console with an immersive world. Oh, and for not lying to the fans’ faces about the content of your game.”

#ThankYouGeniusSonority for all the hard work making a truly great Pokemon experience on a console with an immersive world. Oh, and for not lying to the fans’ faces about the content of your game. @Pokemon #BringBackNationalDex #BoycottPokemon

We think it’s safe to say this particular trainer hasn’t been overly impressed with Pokemon Sword and Shield so far.

The fanbase will likely stay divided but Metacritic have given the game a decent score of 84, which may encourage those on the fence to give the game a try.