Pokemon was ushered into its eighth generation with the release of Sword & Shield in 2019. The popular Nintendo Switch title got its first major DLC, The Isle of Armor, in June which expanded the game in a big way.

During the new story, players are tasked with training the new ‘mon called Kubfu in a trial. However a fan has discovered a way to use another character in the Towers instead of the Legendary.

The Isle of Armor’s Tower trial has an exploit that will make it easy to beat.

Once Trainers prove their worth to Dojo Master Mustard, they are given the new Legendary Kubfu. A part of training the adorable Fighting-type is evolving it into Urshifu by completing either the Tower of Darkness or Water.

Because the trial is specifically about Kubfu, the game requires players to empty their entire party before entering the trial. However, a fan has discovered an exploit that allows you to bring another monster into the fighting towers for backup.

Redditor ‘mismatched7‘ made the discovery on August 10. According to the user, receiving a Pokemon by redeeming a Mystery Gift while in the tower will then let you use that monster the entire time alongside Kubfu. 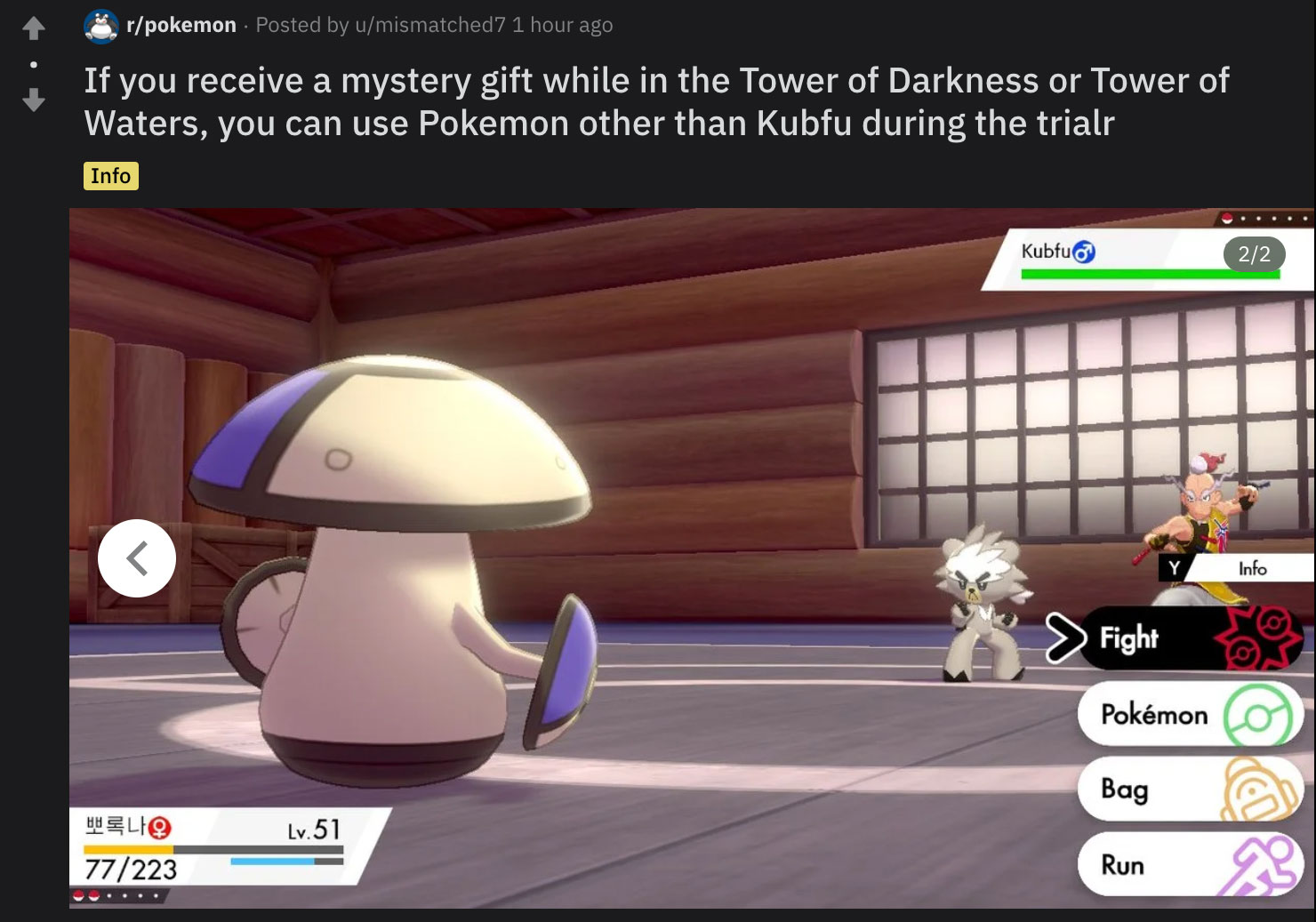 User ‘mismatched7’ shared the Isle of Armor exploit on Reddit.

Mistmatched7 made the discovery after redeeming the recent free shiny Amoonguss Mystery Gift which launched on August 7, while in one of the Towers in Isle of Armor.

While the exploit requires you to have a gift that can be redeemed, it’s still a quick way to beat the trials. Some users even pointed out that this might be usable in future speedruns of the game, depending on the rules.

Despite only releasing in November 2019, Sword & Shield has now become the third best-selling title in the entire Nintendo franchise. Proof that Pokemon has never been more popular.