All new tutor moves coming to Pokemon Isle of Armor

Tutor moves offer some of the most devastating attacks in Pokemon Isle of Armor, so how do you get them and what moves are available in the new expansion?

Pokemon Isle of Armor is home to a lot of powerful pocket monsters and unique mechanics, but you’ll need to teach your party tutor moves if you want to be the very best – after all, competitive battles can be particularly difficult if you don’t come prepared.

Having a solid team that can dish out a flurry of knockout blows is incredibly important, so you’ll want t to ensure you teach your prized Pokemon the tutor moves outlined below.

How to get tutor moves

Be on the lookout for NPCs offering to teach you new moves!

As you journey across the rugged landscapes of the Pokemon Isle of Armor DLC, you’ll come across various NPCs who will teach you various tutor moves.

However, these moves don’t come cheap and you’ll need to obtain Armorite Ore, a new material that you can obtain through Isle of Armor Max Raid Battles. These battles won’t be easy, so it’s important to work together with your fellow trainers to claim your Armorite Ore prize. 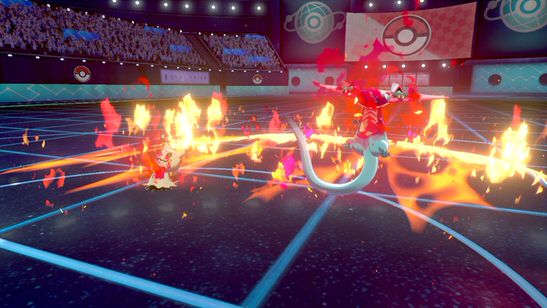 Use a deadly blast from Burning Jealousy to set multiple Pokemon ablaze.

Burning Jealousy is a new Fire-type that deals damage to all opposing Pokémon and burns all enemy Pokémon that have had their stats boosted during the turn.

This move will likely be incredibly effective in online Multi Battles, so consider using this move to if you wish to command the arena with your fearsome flames. 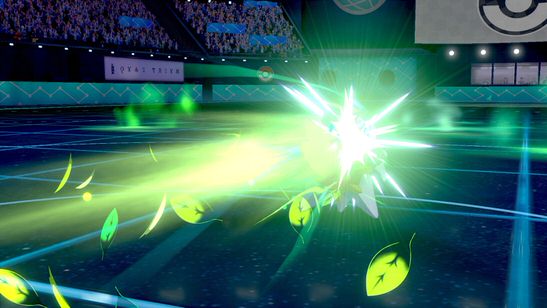 Grassy Glide is a new Grass-type move that has high priority when used on Grassy Terrain, making it a great damage option for those who wish to speed up any slow but heavy-hitting Pokemon.

Once the game’s DLC has been released, we’ll be sure to keep you updated with the best tutor moves to learn, as well as other ways you can obtain Armorite. Until then, be sure to check out the massive Pokemon Sword & Shield leak which revealed 21 new moves that will be present in the Isle of Armor DLC.

The first stage of the Expansion Pass for Pokemon Sword and Shield will be released on June 17, 2020.