An Overwatch fan has come up with a useful concept idea that would make life easier for Orisa players.

Overwatch player u/outfoxingthefoxes suggests a UI update that would make it a little easier for Orisa players to keep track of their shields.

Shield management is a major part of Orisa’s kit. As it deploys in a fixed location and has a cooldown before it can be moved, it requires a greater degree of thought than Reinhardt, for instance, in order to ensure that the team is best protected at any given time.

Orisa’s shield can disappear for two reasons: either it can be broken by enemy damage, or simply time out after a certain period. For the former, there is already a meter that sits above the crosshair that displays what proportion of the shield’s health remains. 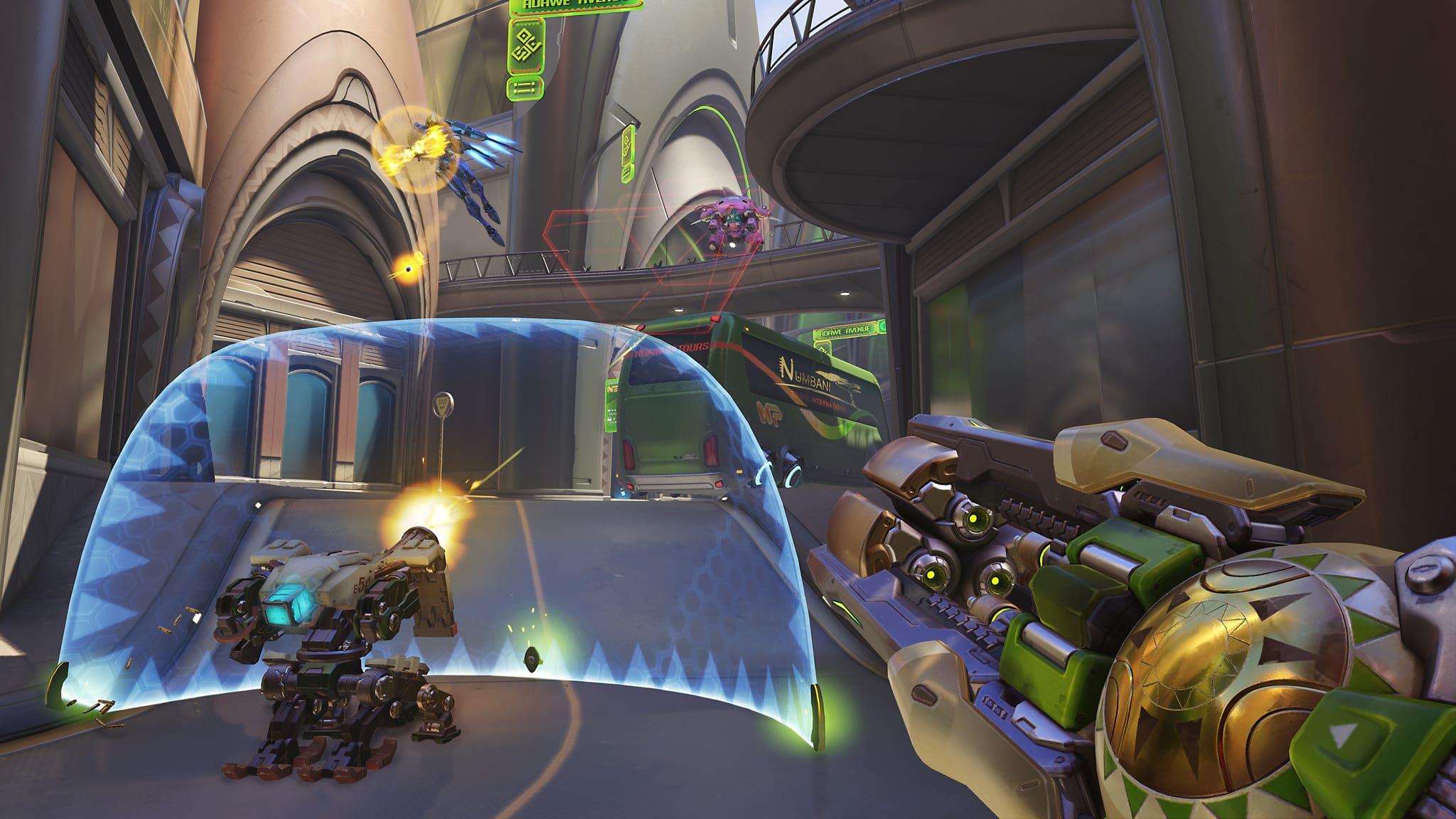 Orisa was the third Overwatch hero added after the game’s launch.

The time can be a little trickier to manage, however. Assuming it isn’t broken, the shield will last for 20 seconds, but it can be redeployed after just eight. Keeping track of the twelve seconds in between can be tricky with so many other things to concentrate on already, and having to suddenly redeploy a shield that seemed otherwise healthy could prove a fatal distraction at the wrong time.

In order to manage this, u/outfoxingthefoxes created a concept with a secondary meter above the shield’s health meter that runs down over the shield’s duration, letting players know how long they’ve got before they’ll need to redeploy it regardless of how much damage it’s sustained.

Timing concept for Orisa’s shield, please give your feedback! from r/Overwatch

Certain abilities already come with visual cues for how long they’ll last. In fact, Orisa’s own Fortify offers both a countdown in seconds and a depleting ring around her crosshair to signify exactly when the ability will run out.

Though u/outfoxingthefoxes admits the in-game implementation could be a little more subtle, with a thinner and cleaner line that would be less intrusive. In a perfect world, as u/SmallSpore points out, it would also be ideal if players could customize whether or not they want UI elements like this to show up or not.