A Kansas mother says her son’s Houston Outlaws Overwatch League jersey was banned at his school because the logo has two guns on it.

Chloe Jewell told Dexerto her 10-year-old son isn’t old enough to play Overwatch yet, but enjoys watching his older brother play it and they both watch Overwatch League together. The two boys, and their father, cheer for different teams, with the youngest a big Outlaws fan.

After receiving a Houston Outlaws jersey for Christmas, the boy decided to wear the jersey at Berryton Elementary’s Team Day for Spirit Week. 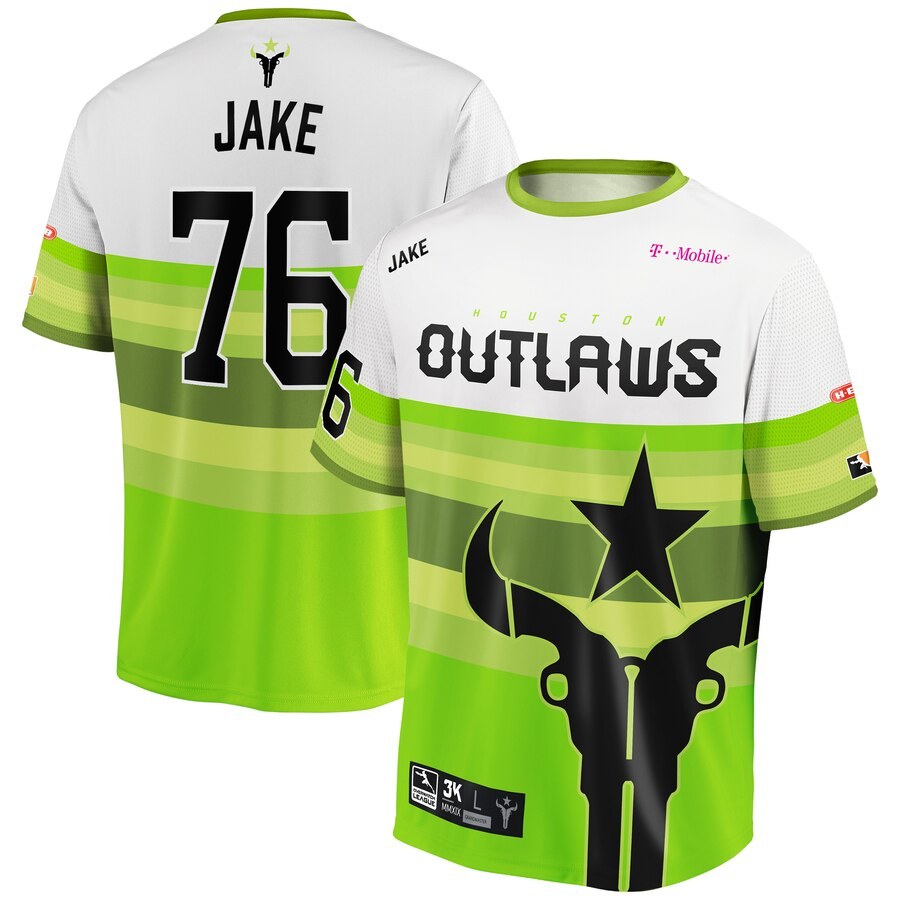 The Houston Outlaws third jersey has two guns on the front.
600[ad name=”article2″]

“Each day of the week was a different theme such as Pajama Day, wacky hair day, and in this case, Team Day,” Jewell said.

However, as it turned out, the boy was not allowed to wear the shirt and support his team, because it had two guns on it and was deemed to “promote violence”.

Jewell told Dexerto that her son had been told not to wear the shirt before, but she had never been informed. She added that it was “very likely he wanted to continue to wear it so he said nothing, or he ‘forgot’.”

Because this wasn’t the first time her son wore the shirt, he had to turn it inside out for the day. The school also made sure to send a letter home with him. 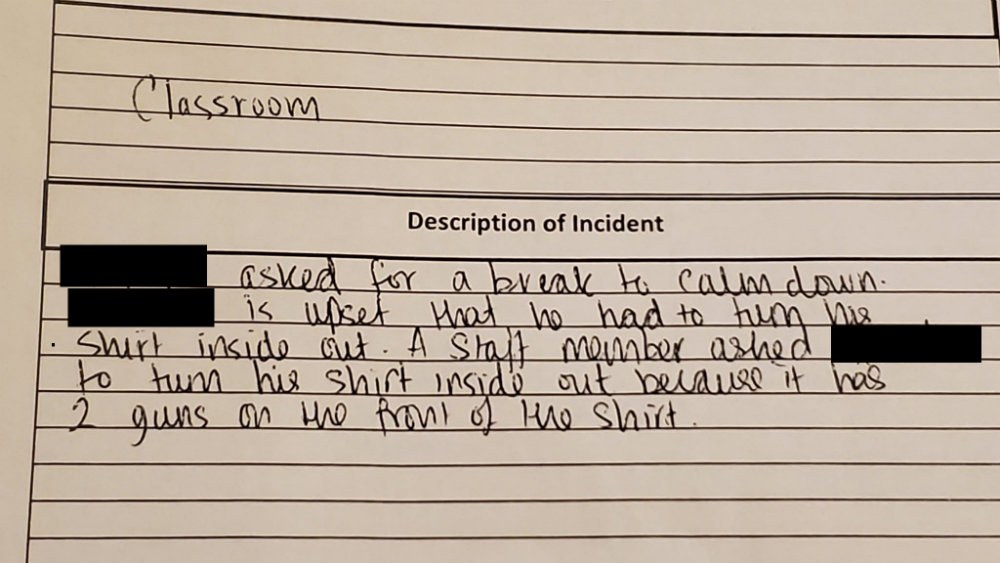 A copy of the letter regarding the Outlaws shirt that was sent to the boy’s parents.
[ad name=”article4″]

Dexerto has removed the boy’s name from the letter to protect his identity. The note states that the 10-year-old had to turn the shirt inside out because of the two guns on the front.

A copy of the school rules provided by Jewell say: “Apparel that IS sexually suggestive; promotes violence, illegal activities, drugs, alcohol, and/or tobacco; or IS determined to be gang related is prohibited.”

The Houston Outlaws logo shows two revolvers arranged to form a Texan longhorn skull. According to the team’s introduction media package, the “combination of two revolvers forming a longhorn skull round out a logo that symbolizes the strength of the team and the city it represents.”

While Jewell understands the school’s decision regarding promoting violence, and generally thinks the school is very good, Overwatch League is too mainstream for this controversy. “This is a recognized sport (that airs on) Disney and ESPN,” she said. “There has to be a line somewhere.” 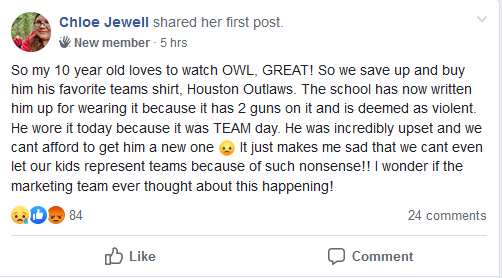 “I understand why they took the action on a technical point, but come on, it’s a professional esports team you can literally watch on the Disney channel,” she added.

Jewell, who posted about her experience on Facebook, also revealed that the Houston Outlaws reached out to her and has replied, currently waiting for a response.

Dexerto has reached out to the school for comment.