Following a championship-caliber performance for the San Francisco Shock at the 2019 Overwatch League Grand Finals, pro player Grant ‘moth’ Espe took to his stream and showed off an unreal Baptiste trick.

Having recently toppled the Vancouver Titans in a dominant fashion at the conclusion of his 2019 OWL campaign, Shock star moth had been taking his pro support skills to the competitive queue.

At the Grand Master rank and pushing for the acclaim of Top 500, moth demonstrated some ridiculous Baptiste tech in the midst of a team fight.

During an October 9 stream on Twitch, he showcased an extraordinary vantage point on the Paris map that Baptiste is surprisingly able to launch himself towards.

Utilizing the Exo Boot technology, moth leaps upwards and safely lands on a ledge just above the second capture point on the Assault map.

With a successful attacking effort on Point A and over 5 minutes remaining in the timebank, moth and his team pressed forward and snowballed through the second point with relative ease.

As defenders attempted to make their way back onto the objective to stall things out, not only did they have to handle numerous enemies on the ground, but now a Baptiste surprisingly in the sky. Definitely not a target you’d expect to find alone on the high ground.

Wedging Baptiste just between the architecture of the map, moth discovered a spot that allows him to effortlessly keep his team healed while also dealing damage towards the spawn room on the right side of the map.

The hybrid support hero has been in the game since March of 2019 and yet pro players are still finding new and exciting ways to put the character to use. 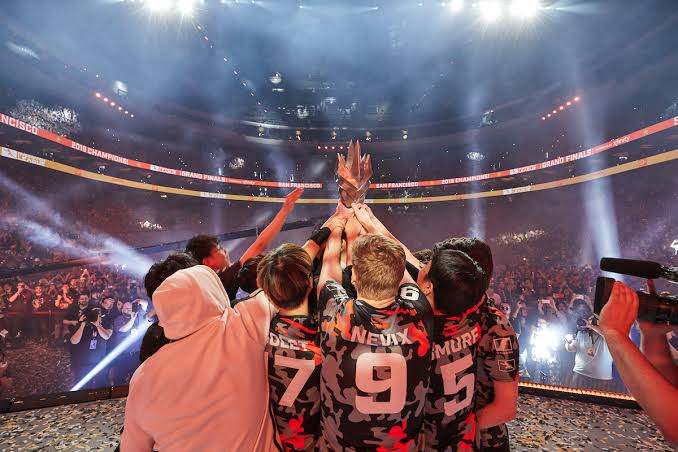 Recently, new Baptiste tech was discovered when the community learned of a method to stand the hero atop his Immortality Field.

Very few details have been revealed regarding who the next Overwatch hero may be, but the leading candidates seem to have been pinned down.