A new trick with support hero Baptiste has been discovered in Overwatch, allowing the healer to reach brand new locations.

The trick involves timing a charged-up jump while the Immortality Field drone is deployed in the air. If done right, Baptiste will be able to land on top of the drone, and then jump again for an even greater distance.

A video of the move was posted to Reddit by user delettebrigitte. “It’s not at all practical but could be cool for sniper spots/memes,” the poster commented. 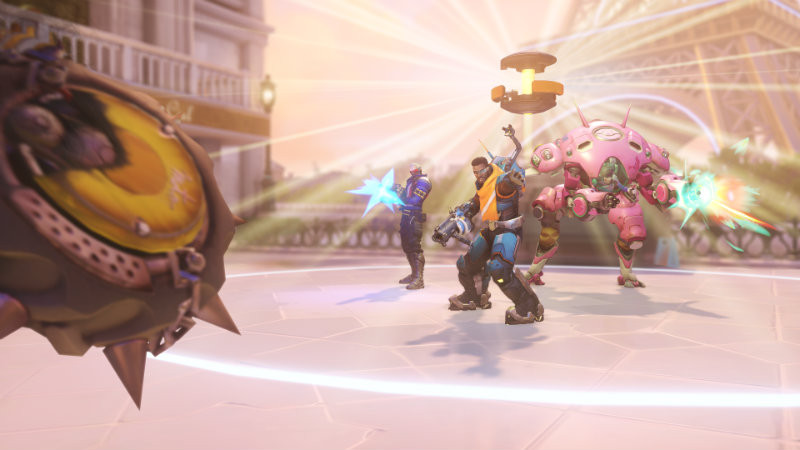 Baptiste’s Immortality Field can save teammates from ultimates like Riptire.
[ad name=”article2″]

Footage of the cool new tech shows a Doomfist player, presumingly delettebrigitte observing a Baptiste thrown down the drone on Illios before charging up a jump and proceeding to land on the drone.

While this trick is cool, it does have some drawbacks. For one, the Immortality Field drone only grants immortality to friendly teammates below it, not on top of it. Even though Baptiste players would be standing on the drone, they wouldn’t be getting any benefit from it and would remain vulnerable to killing blows from Widowmakers, Hanzos, or other abilities.

The other massive flaw is that as many on Reddit have pointed out, the tech only works in free for all and the trick won’t work in actual matches. In the comments, one user has a theory on why certain objects behave differently in free for all than in matches.

“I think it has something to do with there being no teams in FFA. Deployables on the enemy team are solid and can’t be walked through while you can pass through deployables from your team. I’m guessing FFA is treating them like they are from the enemy team,” SchrodingersJew commented. 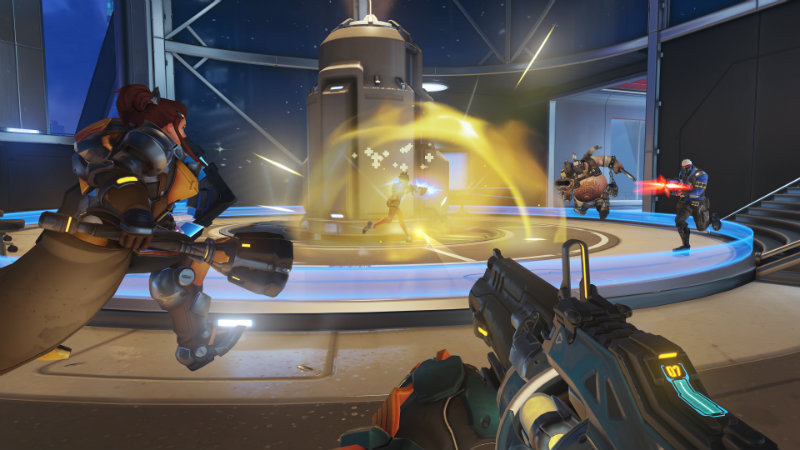 Hopefully Blizzard sees how cool this trick is and makes it so it can be used in-game.

Amusingly, this isn’t the first move to work differently depending on the mode. Most notably, in Death Match, Ana is able to give herself a Nano Boost – something that is only applied to teammates in other game modes.