The final eight teams advancing to the Overwatch World Cup elimination stage have been determined and Blizzard announced the matchups that will take place.

The World Cup Finals will take place at Blizzcon on November 2 and 3.

After the Group Stage play, Blizzard separated the four group winners and the four second place finishers and randomly drew them together to set up the Round of 8 matchups. 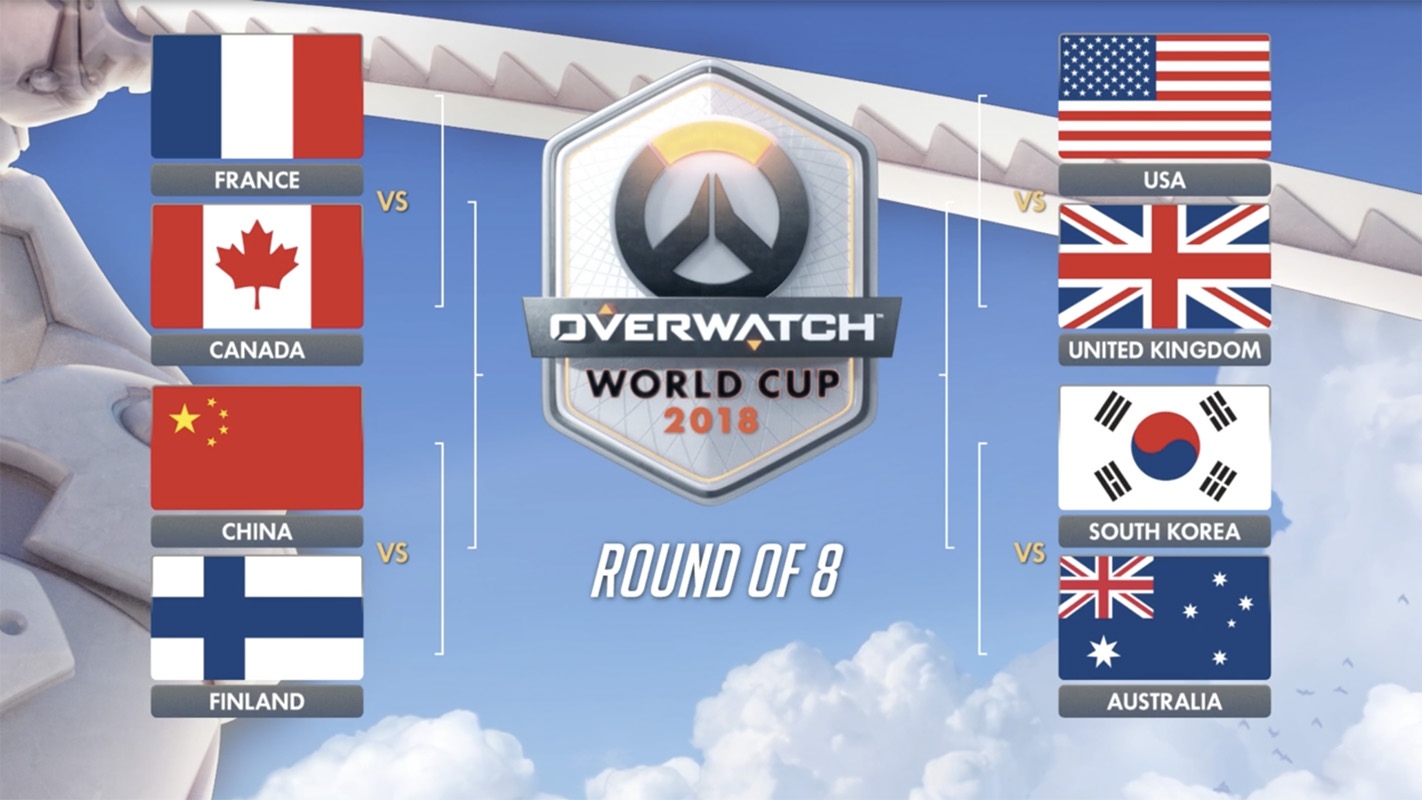 On one side of the bracket, group winners France will face Team Canada and first place China gets a date with second place Finland.

USA and the United Kingdom meet on the other side of the bracket, with the winner advancing to play the victor of South Korea and Australia.

The Round of 8 and the Semi-finals will take place on November 2, with the Third Place match and the Grand Finals following on November 3.

South Korea has not lost a match in the three year history of the competition, winning the 2016 and 2017 World Cups.

They enter the Blizzcon portion of the 2018 World Cup on another hot streak, going 5-0 in group play with a 19-2 map count.