Houston Outlaws forced out of neighborhood due to complaints - Dexerto
Overwatch

Houston Outlaws forced out of neighborhood due to complaints

The Houston Outlaws have had a rough start to the year after being forced out of their brand new gaming facility in Texas, before their preseason Overwatch League training ever truly commenced.

Luck has certainly not been on the side of the Houston Outlaws of late. Just weeks after a controversial jersey design was banned from an American school, the roster has been forced out of their brand new training facility based in Texas.

Having just moved into a 5900 sq. ft house in The Woodlands, the Outlaws intended to utilize this new space as a training yard for the revitalized 12-man roster heading into 2020. Before practice could begin, however, the team has been forced out of their new digs due to complaints put forth by the local community. 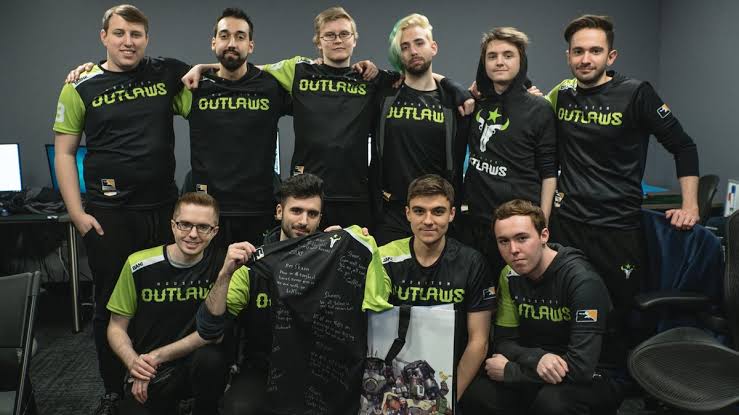 The Houston Outlaws finished the inaugural Overwatch League season in seventh place overall and placed 16th in the 2019 season.

As many of the 20 Overwatch League teams gear up for the 2020 season ahead – a new kind of season that will see rosters frequently flying around the world to compete in home and away matchups – a number of lineups are moving into new training facilities in their respective hometowns.

Following suit with a roster reinvigorated by their new ownership group, the Outlaws locked their sights on a large property in the heart of Texas. The training yard was designed for the entire season, and players and coaches were preparing to try out the new facility.

On January 9, however, it was reported locals had put a stop to any intentions from the Overwatch team. In a public meeting held the same day, it was concluded the organization was in violation of “a host of covenant restrictions.”

We'll be moving training facilities in the coming weeks. Unnecessary and stressful. Thanks everyone who does support us this year!https://t.co/QHY9Wy2RyL

With well over a dozen individuals set to use the property, neighbors were allegedly worried about potential hassles that might bring to the quiet locale. The issues supposedly stemmed from concerns around “traffic, noise, and property values.”

“Neighbors wanted us out so bad they sent TV reporters to the front door to harass our employees today. We’re just trynna game. Unfortunate,” Rodriguez said, now having to change locations just weeks out from the start of the season.

“I think they just made stuff up. We hadn’t even used the house for practice yet,” the Outlaws manager replied in jest, highlighting how the team had been kicked out before any real work was even put in.

I think they just made stuff up we hadn’t even used the house for practice yet. LOL

Reflecting on the sudden relocation of his team, Rodriguez outlined how the “silver lining” of the situation is that no players or staff had moved in yet, so no one had to go homeless while a new location was locked in place. “There’s a solid chance the org is just cursed, but not really much I can do about that,” he joked.

The 2020 OWL season kicks off on February 9 in Dallas. The Outlaws will be competing against Florida in their first match on February 16, in Philadelphia.