As well as being a desk analyst for the Overwatch League, Reinforce has competed at the highest level, having been a part of the Rogue line-up that was at times considered the best in the world in the pre-OWL era.

Right now, he’s also stepping back into a competitive role, as the main tank for Team Sweden in the Overwatch World Cup. Reinforce will make his official return to competition at the Bangkok Qualifier, September 14-16.

During a recent stream, Reinforce spent some time going over the theoretical side of competitive Overwatch, discussing strategy, decision-making and ultimate economy.

While Overwatch offers the chance for players with immense mechanical skill to shine, it’s incredibly hard for raw skill to overcome a team with superior strategy, so for anyone looking to improve at the game these concepts are absolutely key.

Fortunately for aspiring Overwatch players, Reinforce helpfully noted down a lot of the theory into a document outlining some fundamental principles. While ideas on theory are always debatable, the document is a fantastic starting point for players looking to expand their theoretical knowledge, courtesy of one of the game’s top minds.

The full document can be read here, and an excerpt seen below. 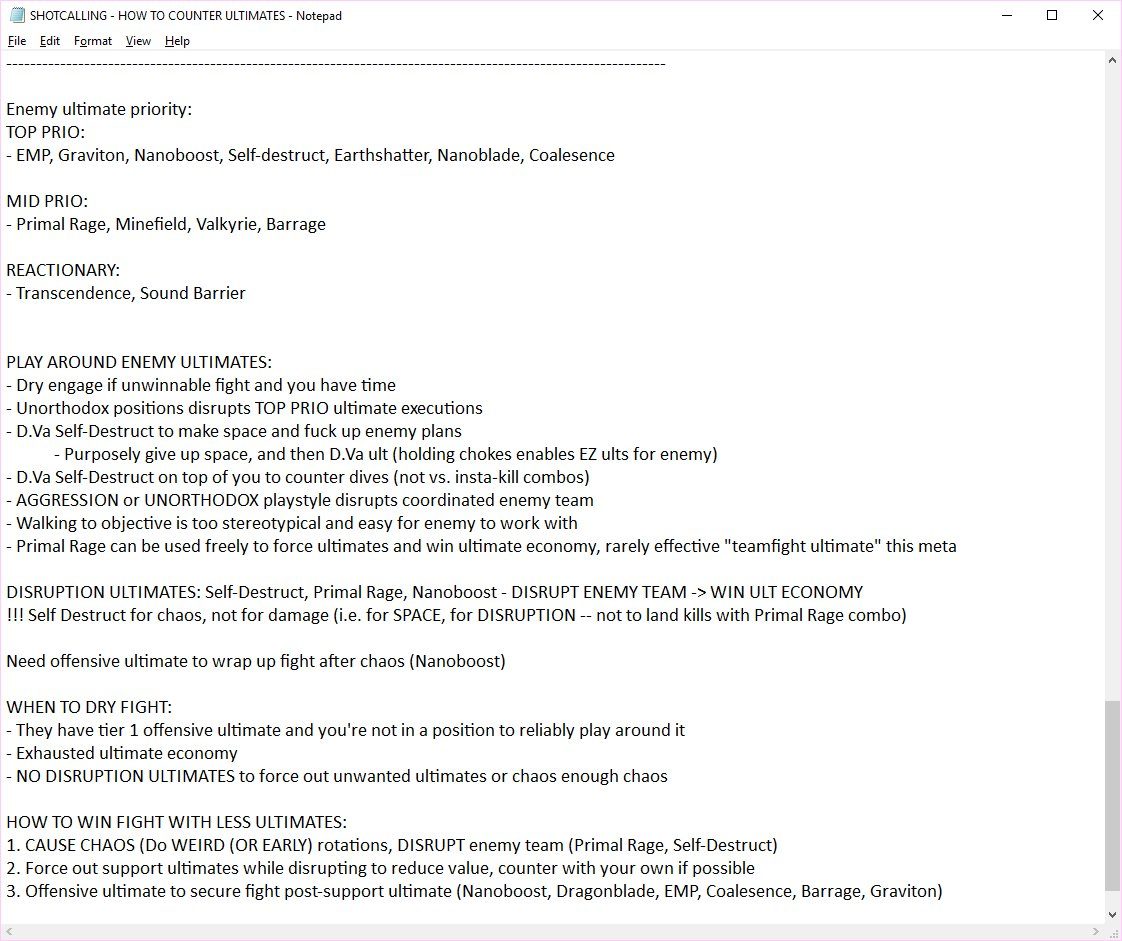 It’s been a fruitful few days for aspiring Overwatch players. As well as these tips from Reinforce, Dallas Fuel head coach Aaron ‘Aero’ Atkins also outlined some thoughts on how players can improve, while Philadelphia Fusion support Alberto ‘neptuNo’ González offered some insight for those looking to improve their Mercy play.