The new Overwatch Workshop was introduced by Jeff Kaplan on April 24 and since then players have come up with a ton of creative stuff including new game modes and even new heroes.

Darwinstreams and his chat have come up with plenty of great ideas themselves, but the latest original mini game called “Sparta Mode” looks like a ton of fun. 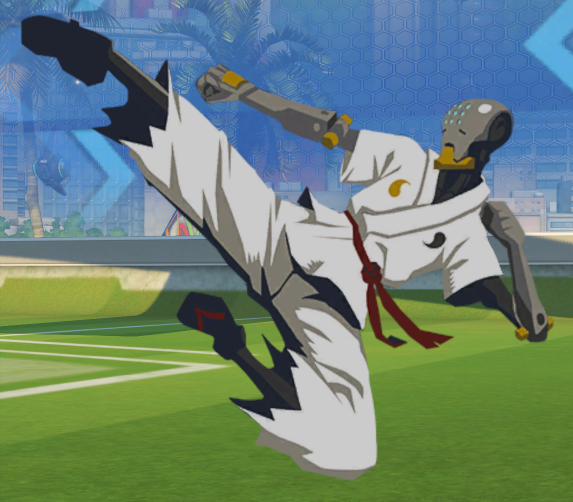 The game is called “Sparta Mode” because players have to use Zenyatta’s melee to kick other zenyatta’s either off the map or into the aptly-named Well of Death, which will suck players down if they get into the red zone above the pit.

Players can emote to power up Zenyatta’s kicks, which sends opponents flying hilariously off the map or into the Well of Death.

Players can use their ultimate to jump out of the way of an enemy and there are kick powerups and jump pads scattered around the map as well.

Darwinstreams told Dexerto the mode probably took him around 25 hours of learning and work to complete.

“My chat is literally the best, nicest and smartest chat in Overwatch, and special thanks to WhoIsLym,” Darwin said as he explained how he’s come up with so many modes.

For players who want to try out Zenyatta’s Spartan Mode, the Workshop code is: NEKEV.

So many Workshop modes, where to start?

The huge amount of content that has come out since the Workshop was released just goes to show how big of an update it actually was.

Players have come up with things like third-person Overwatch, volleyball, turning Overwatch into a MOBA and a ton of other great ideas.

It doesn’t seem like it, but at the time of writing its only been a week since the Workshop was released, so there’s no telling what will come out of the mode in the future.