Overwatch recently completely revamped Torbjörn, but they aren’t stopping there, Roadhog, who was also supposed to be getting changes at the same time, will now see his changes hit the PTR later this week, according to Overwatch director Jeff Kaplan.

Responding to a player on the official Blizzard forums asking when to expect the upcoming Hog changes, Kaplan said: “Hopefully this week.”

The changes were meant to come out along with Torbjörn’s, but had to be delayed because of the extra work that was going into them.

“Yes, Roadhog changes were intended for this round of PTR but required animation so they’ve been delayed a bit,” Kaplan told players in a recent developer update on the Torb changes.

“He’s not getting a “rework”… just some tuning/balancing. Will take a bit more time than the recent PTR changes that went up, however.”

Fans have been asking about a timeline for the Roadhog changes since Kaplan first mentioned them, and it looks like they won’t have to wait too much longer. 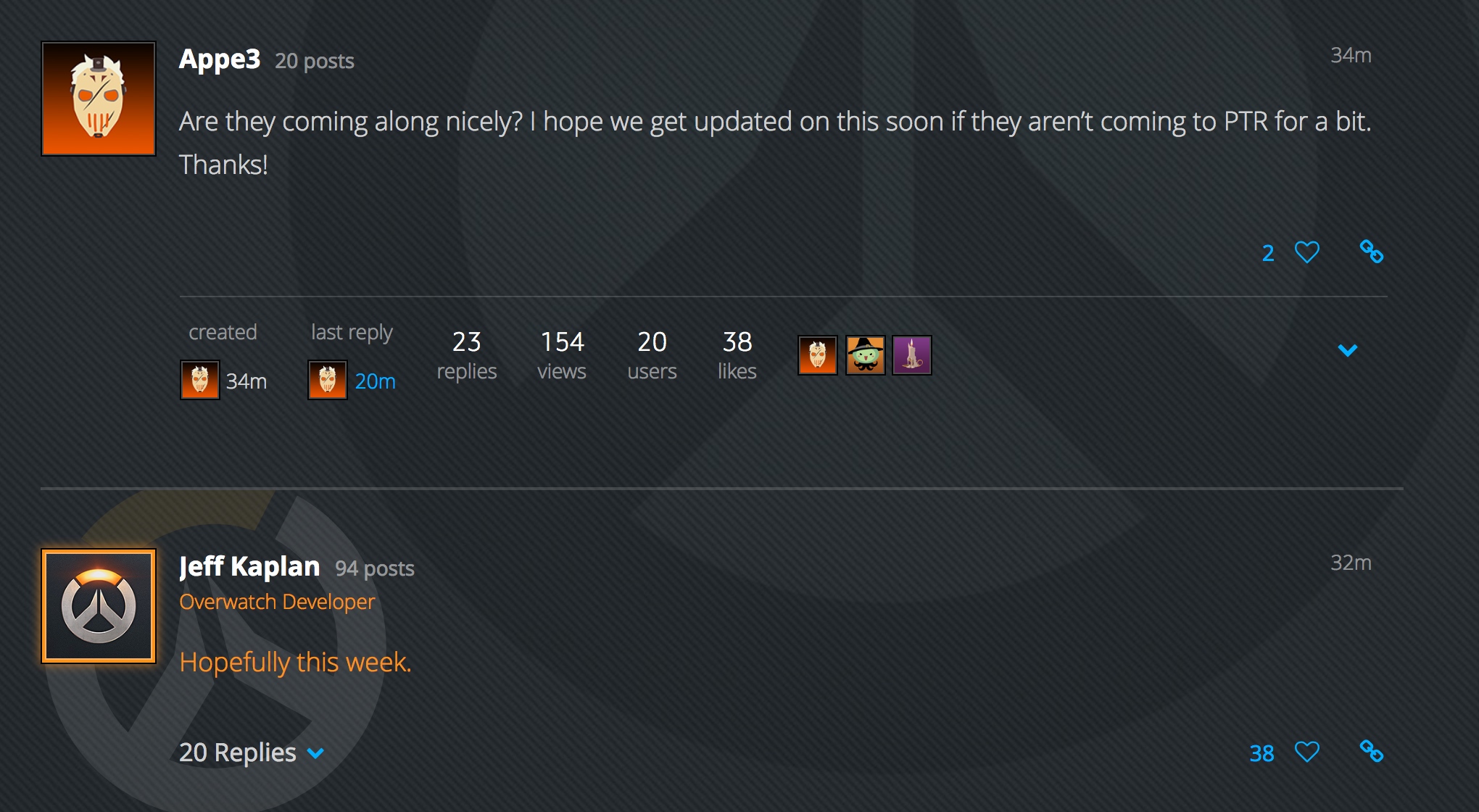 The recent Torbjörn changes have been well-received by the community, and now with Roadhog changes on the horizon fans of the big guy have another thing to look forward to.

Overwatch has been reworking and tweaking a number of heroes in the past few months and a number of users asked on the Roadhog forum post whether or not Mercy changes were coming soon, Kaplan offered no response, so it looks like Mercy mains might have to be patient for a while longer.

Shroud explains how Battlefield 2042 feels like Call of Duty: Vanguard