Symmetra’s teleporter is one of the most unique mechanics in all of Overwatch. It forces teams to think on their feet and adapt to taking fights in unfavorable positions. This latest strategy on Temple of Anubis exemplified just how powerful the ability can be.

From flying Reinhardt’s to ingenious Mei combinations, Symmetra’s teleporter has been the source of real innovation in the competitive Overwatch space of late.

Breaking traditional rules of engagement, the ability allows teams to cross great distances in the blink of an eye and control the tempo of a fight. One extremely crafty player has devised a new way to completely throw off enemy defenses on Temple of Anubis.

In an October 20 clip, Overwatch player ‘Ninjun’ demonstrated a crazy flanking route when attacking on Temple of Anubis. An elevated spot often accessed by sneaky flankers such as Genji or Reaper, it’s a consideration that most defenders often neglect.

Rather than pushing through the main chokepoint, or heading to the left side of the map for a typical engage, the crafty Symmetra placed a teleporter on a window above, enabling the entire attacking team to outright ignore the opposition and cruise straight onto the objective. 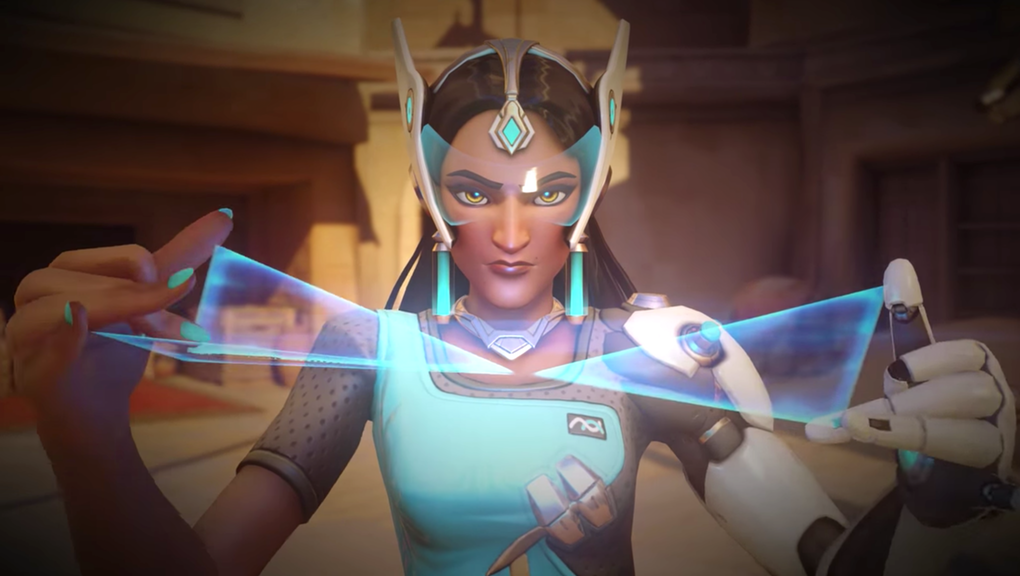 Symmetra was often a niche hero in competitive Overwatch until her major rework.
[ad name=”article3″]

The unique strategy caught the defenders by surprise. Having completely negated their high ground advantage, momentum was now in favor of the attacking team.

In order to halt progress on the objective, the opposition were forced off of their former vantage point and into a heap of damage as the Symmetra had since deployed each of her turrets.

Capturing the first point with relative ease, the situation quickly snowballed out of control as the attacking team completed the map in a total of one minute and 33 seconds.

While teamwork was vital here, and certain area-of-effect ultimates such as Reinhardt’s Earthshatter, definitely came in handy, there’s no denying that this blazing success was due to the remarkable teleporter spot.

Not the only devastating teleporter trick we’ve seen recently, Symmetra has been the focal point of numerous flashy plays.

From the synergy of professional teams, to the coordination of strangers, it’s always exciting pondering what creative tactics the Overwatch community could come up with next.