New Overwatch Paris map is now live on all platforms

Overwatch’s newest map, Paris, went live on February 19, just after images of tickets sent out to influencers by Blizzard were leaked.

Paris was released to Overwatch’s PTR on January 30, and spent just under three weeks on the test realm.

A photo of the ticket was shared on the Polish Overwatch website Overwatchgame, and it revealed when the new map would be going live. 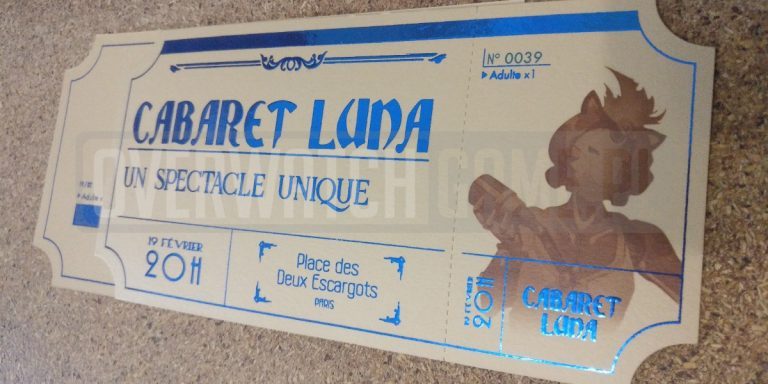 The ticket sent to Overwatch influencers included a time and date for when the new map went live.
https://overwatchgame.pl/mapa-paryz-juz-dzis-na-serwerach-live/

The tickets are for the Cabaret Luna, which is one of the spawns in the new map, and towards the bottom left the date 19 February is written in French.

The ticket also reads 20H, which would be 8 PM Central European Time for Poland, which matches up with the ticket Overwatchgame received, and that’s exactly when the new map went live.

Overwatch updates usually do happen on either Tuesday or Thursday, which was a pretty good sign the tickets were legit.

Paris won’t be available in Competitive until March 5, because all new Overwatch maps don’t get added to the Competitive queue until after two weeks.

Blizzard certainly isn’t wasting any time pushing out new content, and the Paris patch should wrap up the Lunar New Year event.

This will also be the first time console players get to try out the new map as well, since the PTR is not available to players not on PC.