An Overwatch player has found a new exploit that allows Hanzo to eliminate Mei when she goes into her Cryo-Freeze and should be invulnerable.

Hanzo had his Scatter Arrow replaced with the new “Storm Arrow” ability in his recent rework where he also go increased mobility, but the good old Sonic Arrow didn’t change at all.

Mei’s Cryo-Freeze surrounds her with a block of ice that prevents any damage while healing her, but it seems like Hanzo’s Sonic Arrow can break through it. 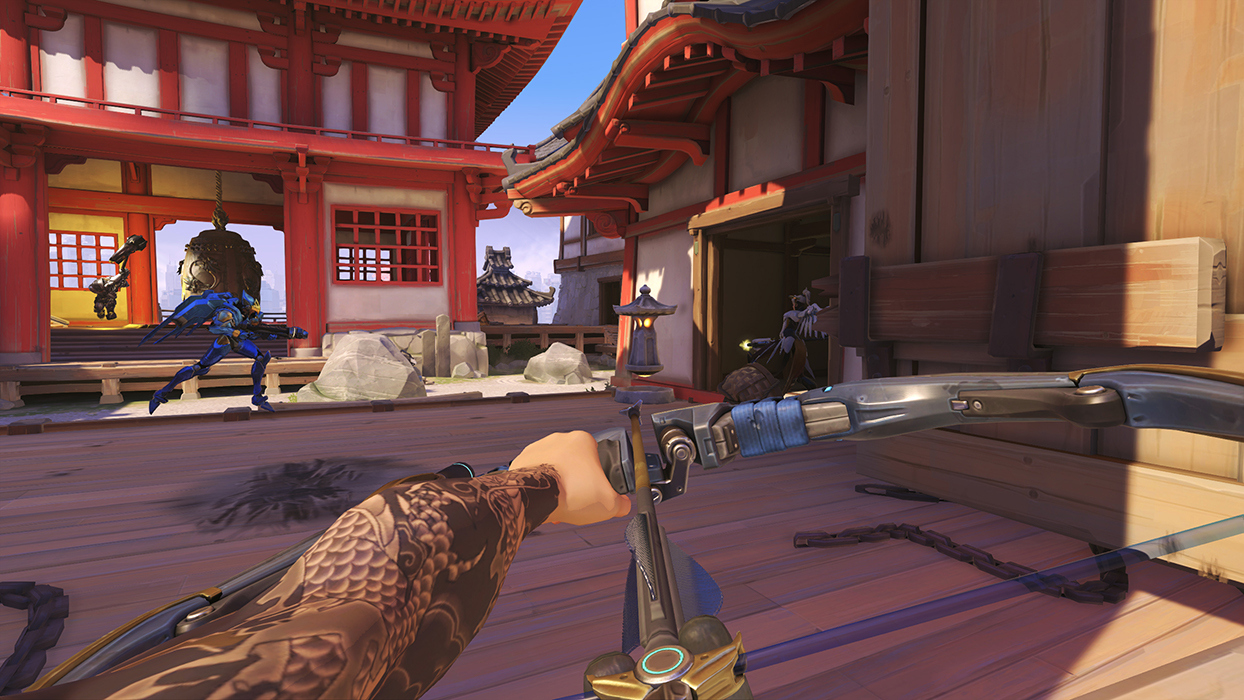 An Overwatch player known as Kyran uploaded a clip from a free-for-all deathmatch game where they shot a Sonic Arrow right at where Mei’s head would be in her Cryo-Freeze.

As you’d expect, the arrow hits the ice block and stays there until Mei unfreezes, when it goes straight into her head and eliminates her.

It’s definitely one of the weirder things we’ve seen happen in Overwatch and it seems to be caused by Hanzo’s arrow keeping it’s forward momentum, even when it hits a surface and sticks.

It doesn’t work against an Orisa or Reinhardt shield, once those break the arrows disappear, so it’s really interesting that it happens in this situation.

Just how useful it could be is up for debate, a good Hanzo could definitely use this to make an enemy Mei’s day a lot tougher, if they keep an eye on their Sonic Arrows.

Overwatch players have been putting up with a much more annoying bug where Torbjorn’s Turret can shoot through walls on Volskaya on Dorado.

The glitch basically allows Torbjorn, on Volskaya at least, to completely cover almost half of the first point choke point with his turret while keeping it from taking any damage.

The Torbjorn glitch should definitely be on Blizzard’s list of glitches to fix, but this Hanzo trick may be tougher to patch because it seems to come from how Hanzo’s Sonic Arrows work in the first place.