Overwatch fans will have more opportunities to watch the Overwatch League as the league announced major networks ESPN, ABC, and Disney XD will show more matches from the competition.

OWL viewers were amazed to see the Grand Finals between the Philadelphia Fusion and the London Spitfire being shown on ESPN and its sister networks in 2018, but there will be a larger selection of games broadcast on their channels in 2019.

The OWL have announced their broadcast schedule for the 2019 season, and in addition to ESPN, ABC and Disney will be showing multiple matches throughout the season. 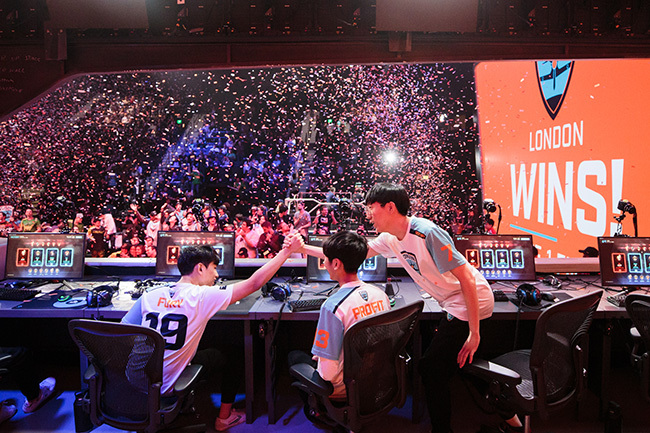 The 2018 Grand Finals were shown on ESPN.

Every week, Disney XD will broadcast three games on their network on Thursdays and Sundays.. The games will be consistently split with “the final match each Thursday” on 5:30 pm PST / 8:30 pm EST, and “the first two matches” Sunday on 12:00 pm PST / 3:00 pm EST, according to the announcement.

The All-Star game, along with the semifinals and finals for both Stage 1 and 2, will air on ABC. While the finals for Stage 3 will be shown on ESPN2.

Although planned, the schedules for the Homestand Weekends, the season playoffs and the Grand Finals will be announced at a later date.

Specifically, the semis and finals for the first 2 stages of the season, and the All-Star Game, will air on ABC. ESPN2 will carry stage 3 finals, and Disney XD will air 3 games weekly, 1 on Thursdays and 2 on Sundays. That's it for linear.

The new schedule is a sure to be a delight for Overwatch fans looking to enjoy the league’s action at home or a public venue.

The sophomore season of the OWL will begin on February 14 with a rematch of last year’s Grand Finals between the Fusion and the Spitfire.