One artist has finally finished their reimagining of League of Legends K/DA skins for different Overwatch heroes.

K/DA is a K-Pop group in the League of Legends universe made to promote skins of the same name for champions Ahri, Akali, Evelynn and Kai’sa.

The group even has their own lore, and Riot blew fans away with a “live” performance by the group during the opening of the 2018 League of Legends Worlds tournament.

Freelance Illustrator Liang Xing already created a Tracer skin based on Akali’s look in K/DA and now they’ve added Mercy, Widowmaker and D.Va to round out the group. 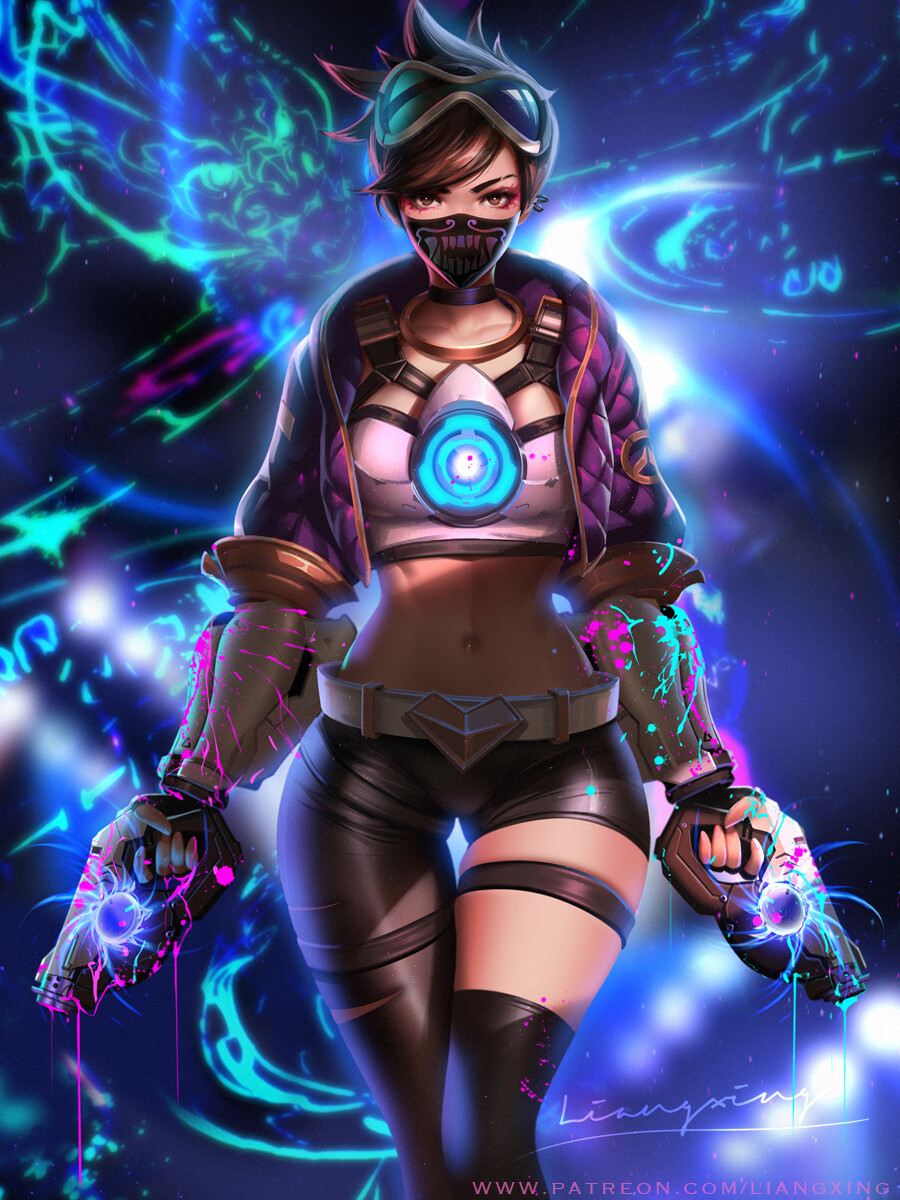 Tracer was the first Overwatch hero to get a K/DA crossover from Liang and as we’ve covered before they did a great job of turning Blizzard’s fastest hero into Akali.

Of course, it wouldn’t be K/DA Akali without the facemask and her iconic jacket even includes Overwatch logos for Tracer. Like Akali, Liang gave Tracer an awesome blacklight alternative as well. 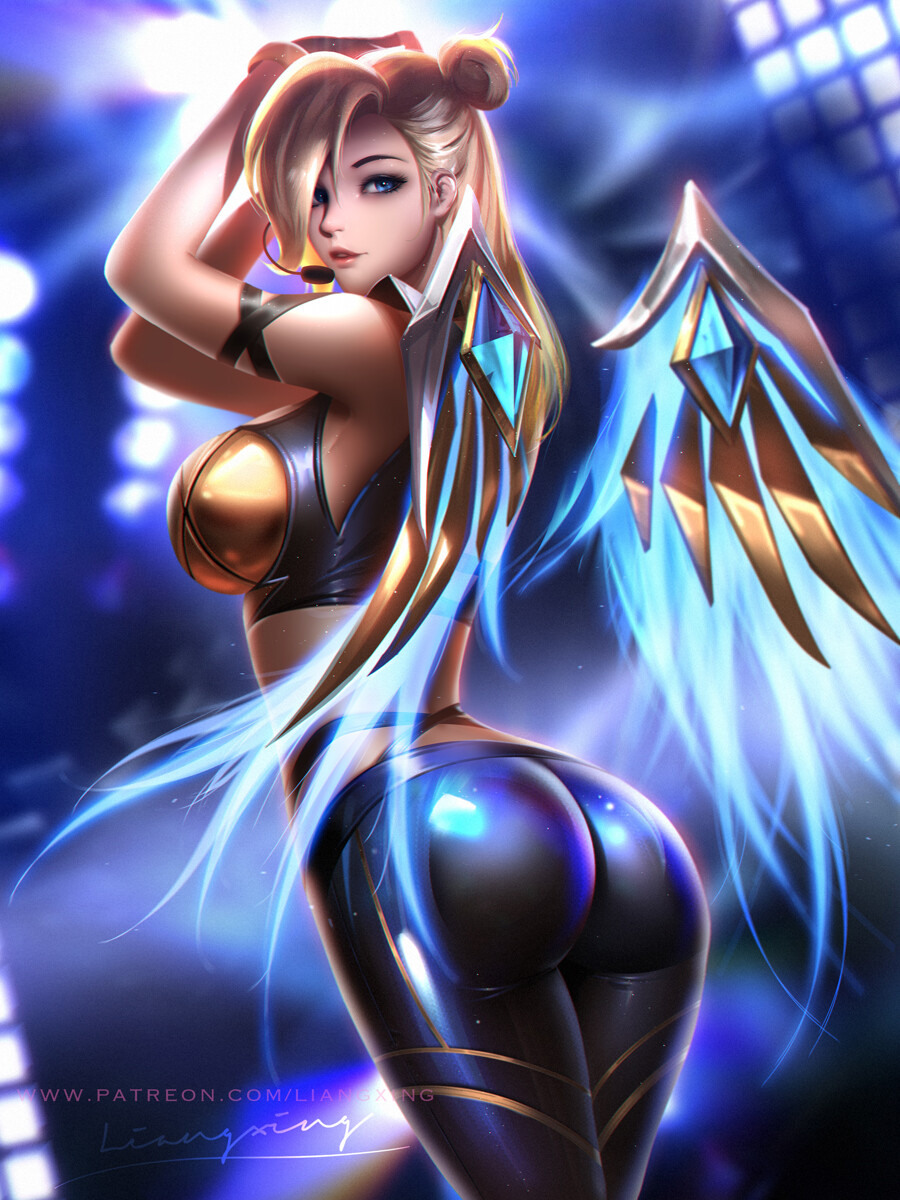 Even though there in-game counterparts couldn’t be more different, Mercy fits into Overwatch’s K/DA perfectly as Kai’sa.

Besides the hairstyle, you can tell Mercy is supposed to be Kai’sa based on her clothes, wings and the Daughter of the Void’s trademark gold bracelet. 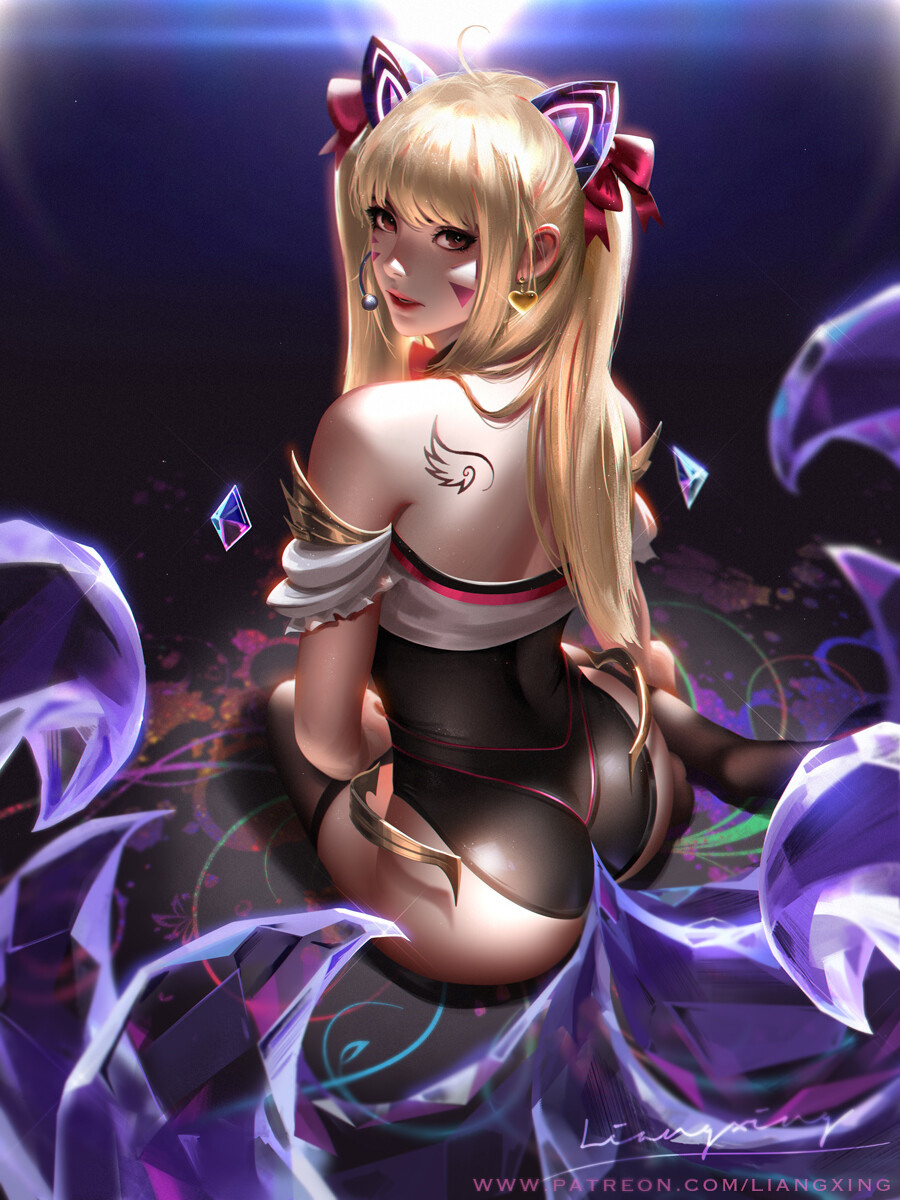 D.Va is already a K-Pop star in the Overwatch universe.

Hana Song AKA D.Va is already Overwatch’s resident K-Pop star, so of course Liang had to include her in the K/DA crossover skins.

This concept makes you realize K/DA Ahri already looks a lot like Overwatch’s Black Cat skin, so we know at least D.Va would be able to supply her own cat ears. 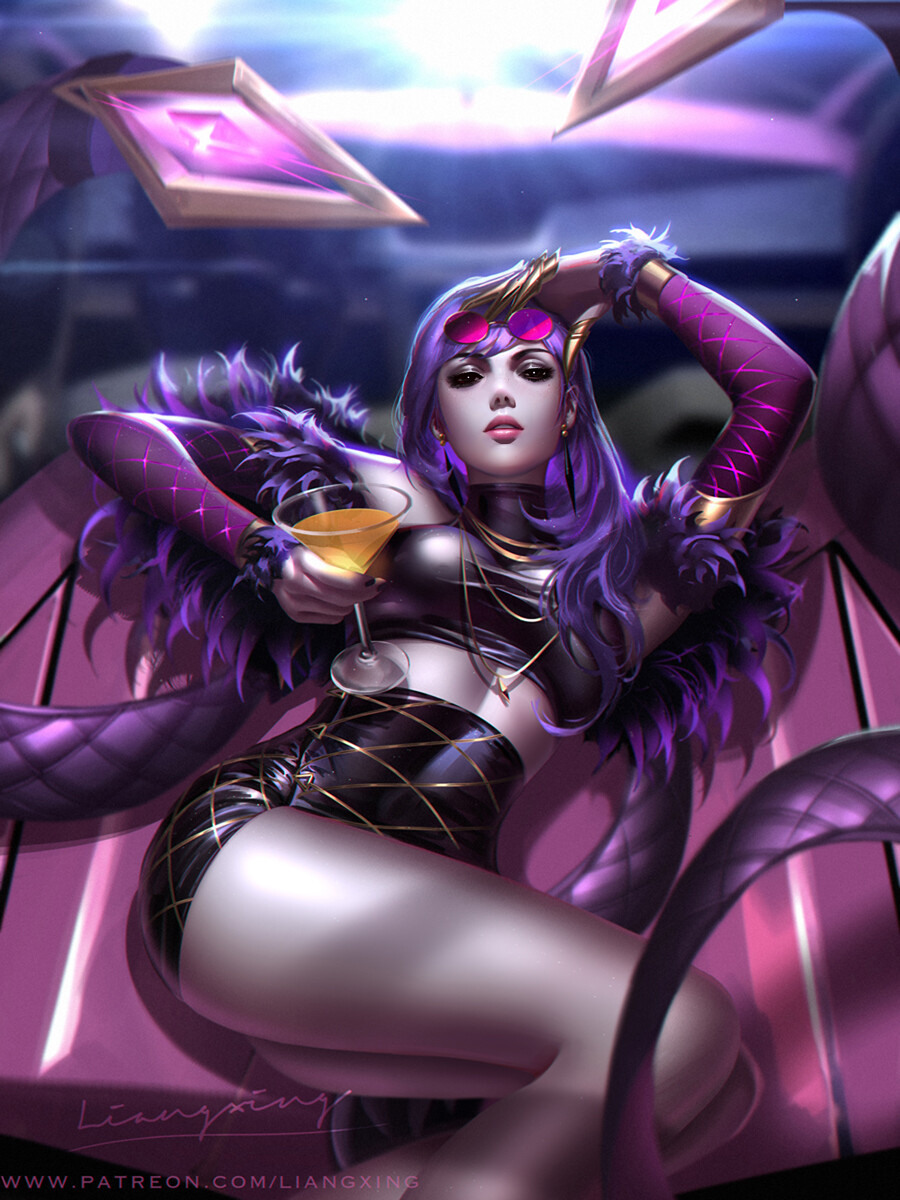 Widowmaker may have the best K/DA crossover.

Due to Blizzard and Riot games being separate, competing companies, we probably won’t see any K/DA skins show up in Overwatch, but these concepts give you an idea of how awesome it would be.

The next Overwatch event up is Anniversary, which usually begins around the end of May. We don’t have any exact details on new skins coming for the event yet, but Overwatch Director Jeff Kaplan has teased a new D.Va skin that will “break the internet” according to him.