One Overwatch fan and artist has created an awesome League of Legends crossover concept that makes Tracer a part of K/DA.

K/DA is League of Legends’ resident K-Pop group made up of heroes Ahri, Akali, Evelynn and Kai’Sa and they blew fans away with a live performance at the LoL Worlds in 2018.

The group has proven to be a huge hit with fans, so artist and Overwatch fan Liang-Xing decided to give Tracer a K/DA worthy makeover.

Tracer’s style in this concept most closely resembles Akali’s, especially because of the demon facemask.

She also has the same style jacket as Akali, but with an added Overwatch logo to make it fit better with the character.

The facemask does make this skin look a little like Tracer’s Graffiti Anniversary skin, but K/DA Tracer would probably give that a run for its money in popularity.

Based on the popularity of K/DA, even among Overwatch fans, this skin would be a hit if it were ever made real. 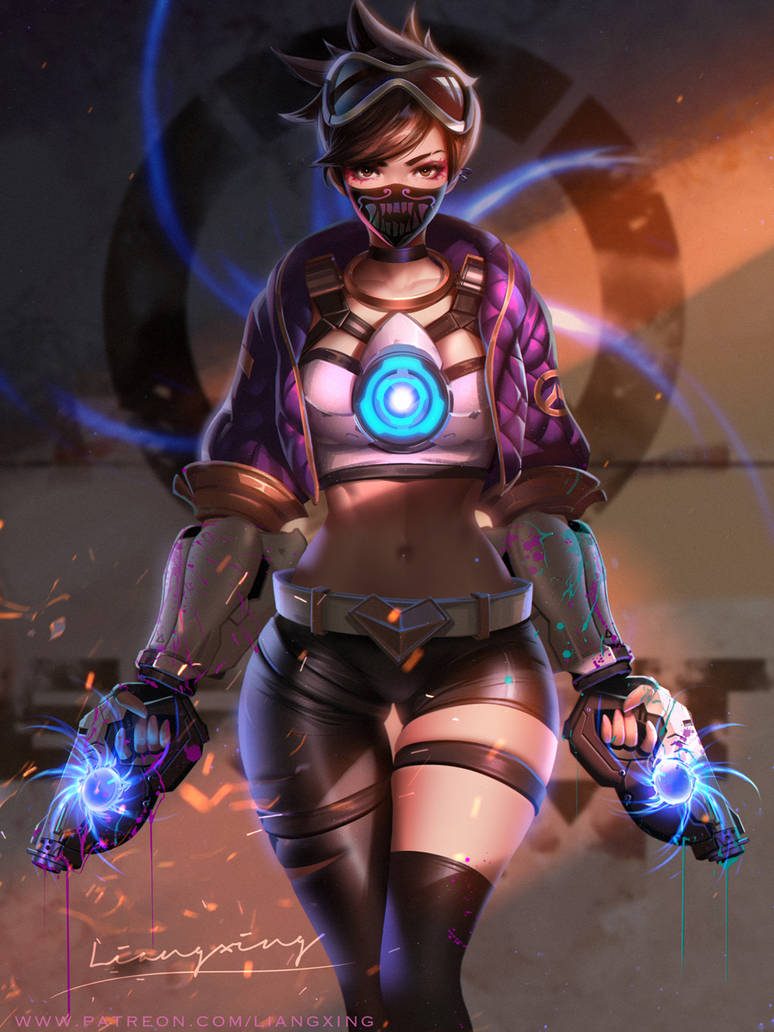 We’ll probably never see a LoL x Overwatch crossover event, because the games are owned by competing companies and Overwatch doesn’t really ever crossover with anything besides other Blizzard games occasionally.

There should be more new Overwatch skins coming for the Anniversary event, including a new D.Va skin that will “break the internet” according to Jeff Kaplan.