An Overwatch fan has created a detailed concept for a “Story Mode” in Overwatch.

Though Overwatch remains an exclusively player-versus-player game, the compelling world and characters Blizzard have created for it have left many fans wishing for a classic “campaign” through which to delve deeper into the game’s lore.

So far, the only “Story Mode” elements that have been added to Overwatch have come from the “Archives” in-game event. Titled “Uprising” in its first year, the event was rebranded to “Overwatch Archives” for year two, marking it as a recurring event that will offer story-focused content.

The initial Uprising event included a PvE brawl of the same name in which players participated in Tracer’s very first Overwatch mission, helping to put down an Omnic uprising in London. In 2018, the “Retribution” mission was added, which saw Blackwatch – the secret black ops division of Overwatch – travel to Rialto to seek out the Talon boss responsible for a devastating attack on an Overwatch base.

Each iteration of the event proved immensely popular, both for their PvE content and for exploring the story of Overwatch, much of which remains shrouded in mystery. 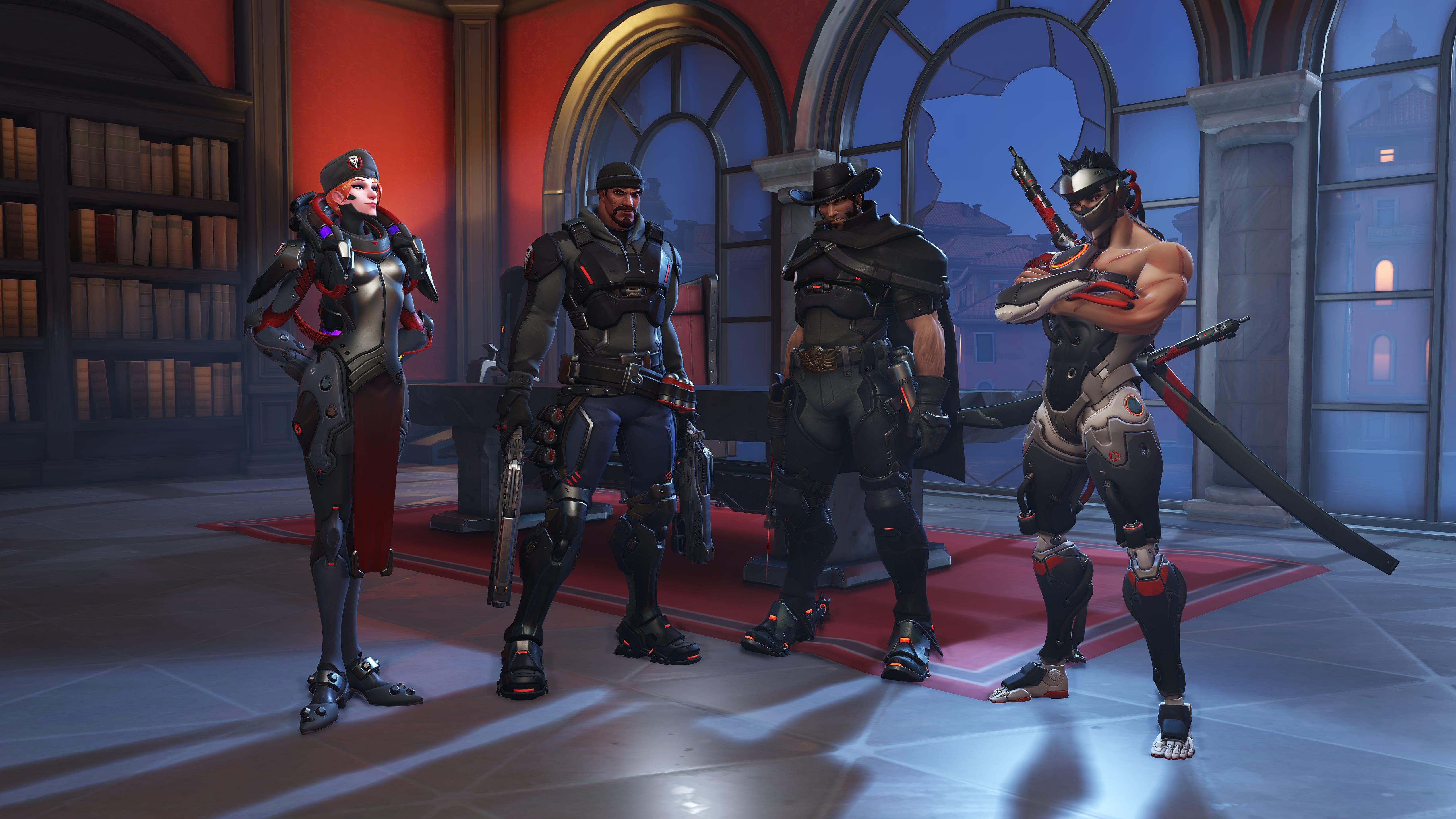 Unfortunately, as with all event content, the Anniversary missions are only available while the event is active, limiting them to just a few weeks a year.

With both Overwatch lore and PvE fans clamoring for more of this type of content, the addition of a “Story Mode” is a much-requested feature. Overwatch fan and graphic designer u/JessMR has put together a detailed concept for what such a mode could look like in-game.

The concept adds “Archives” as a permanent fixture alongside the game’s other modes, and breaks the campaign into three separate “eras” – the Omnic Crisis, which originally sparked the creation of Overwatch, the “Golden Age” in which the organization was hailed for saving the world, and “The Fall”, the period ultimately leading to Overwatch being disbanded.

Within each, u/JessMR envisions a series of missions, each featuring a particular set of heroes, through which players could progress. 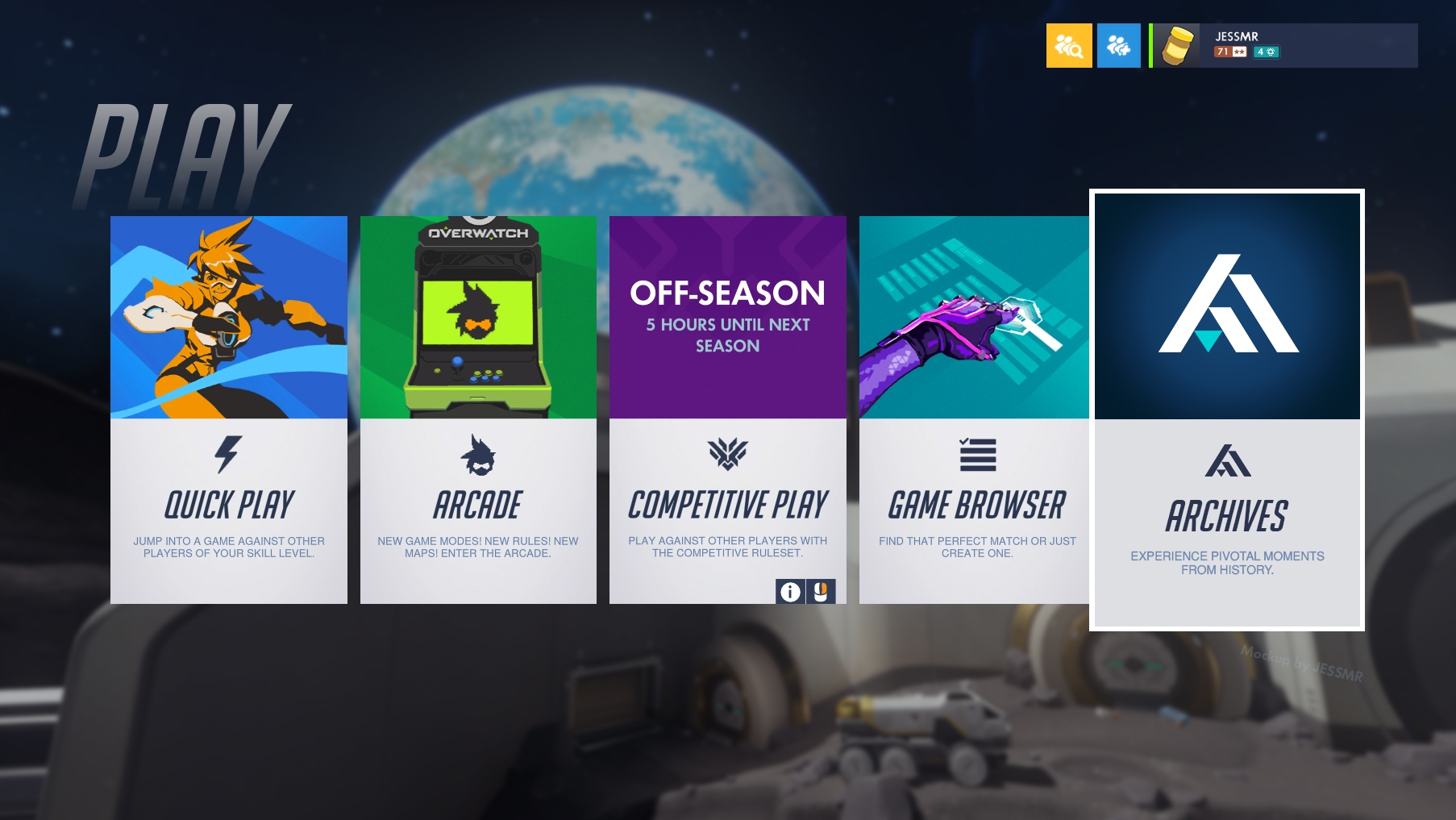 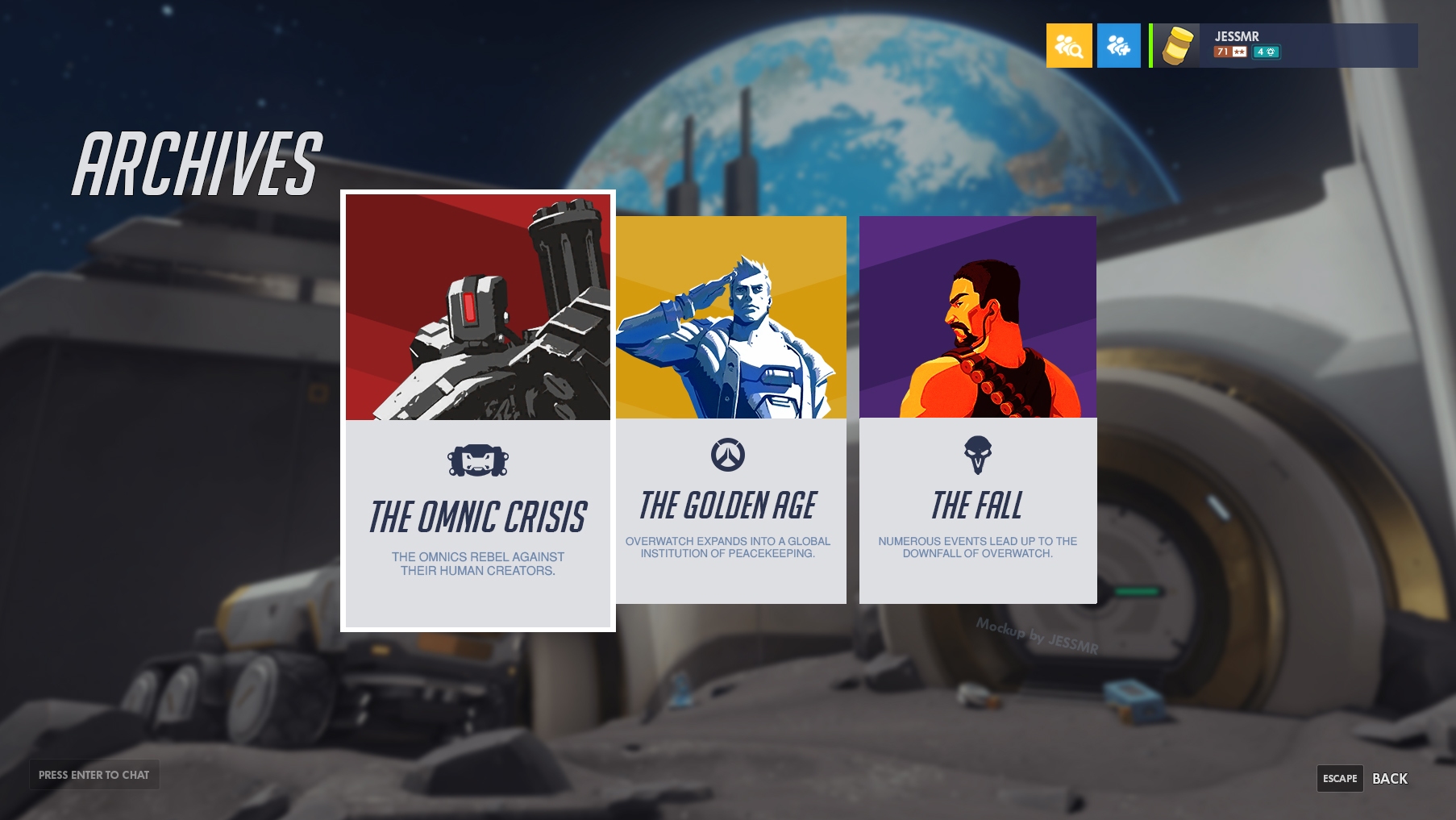 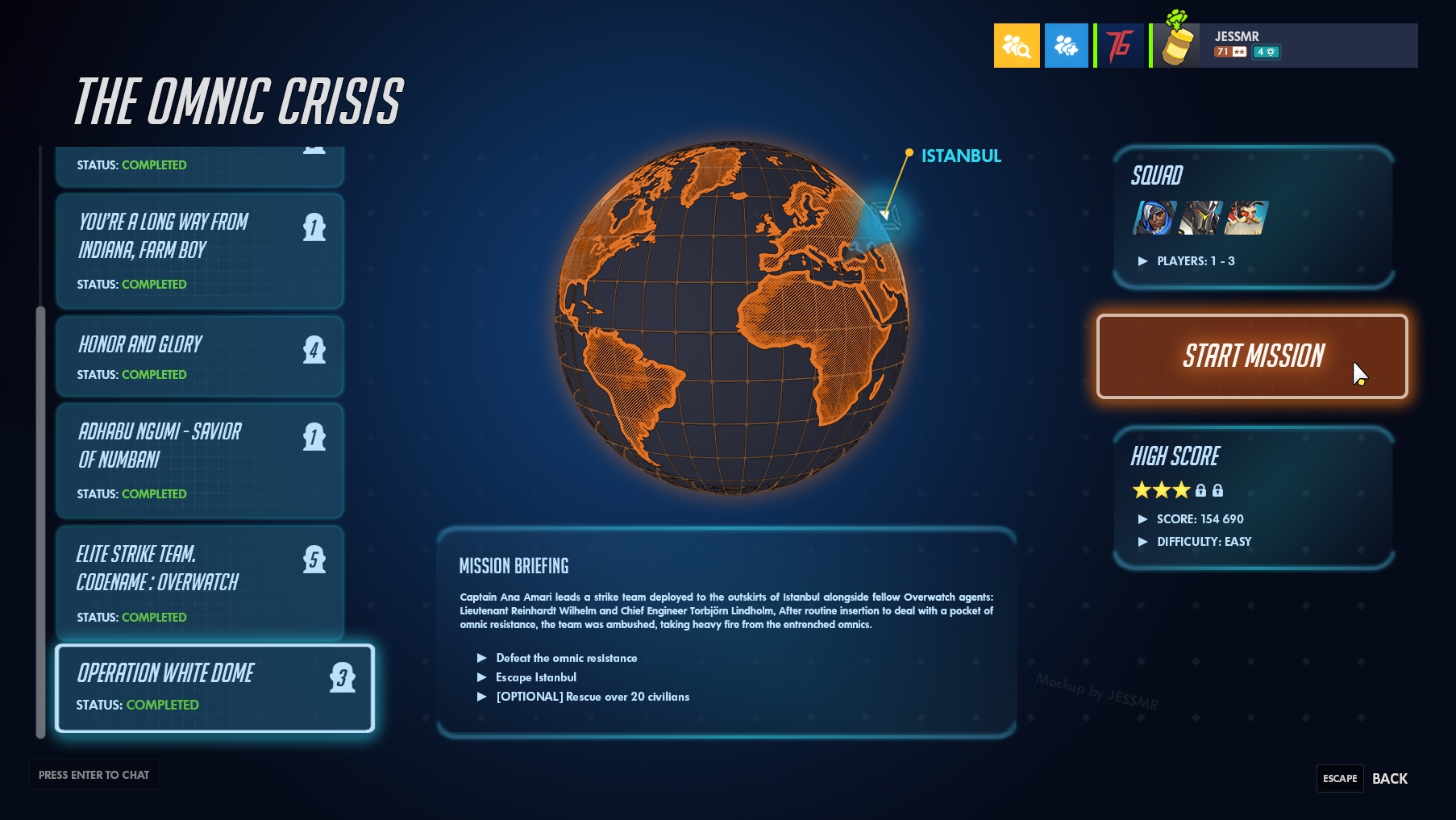 Unfortunately for fans of the idea, adding a “Story Mode” is of course a major undertaking for Blizzard, and so far they’ve announced no plans to do so. It seems for now, at least, that the Archives event will be the only source for such content.

Assuming a similar event schedule to last year, Overwatch Archives will return in April 2019, presumably bringing with it a new PvE mission for players to tackle and a fresh injection of lore.