Mickie originally joined Team Envy – who later became the Dallas Fuel when the Overwatch League arrived – when the team found themselves suddenly needing a player for the APEX Season 1 playoffs.

The team had taken note of Mickie at the inaugural Overwatch World Cup, where he had been the stand-out performer for Thailand. When Envy needed a player, Mickie got the call from InternetHulk, who was one of the founding members of the Envy squad. With Mickie in at short notice, Envy pulled off a somewhat miraculous run and became the first ever APEX champions.

InternetHulk tragically passed away in November of 2017, and his incredible contribution to Overwatch is now honored by Overwatch League’s Dennis Hawelka Award, which is to be given each year to the player who has the most positive impact on the community. At the All-Stars event on August 26, Mickie became the first recipient of the award.

With Thai players a rarity at the highest level of any esport, Mickie credited InternetHulk with changing his life by offering him the opportunity to join Team Envy.

More recently, Mickie revealed exactly why the captain of one of the world’s premier Overwatch teams chose to offer that opportunity to an obscure player from an obscure region, posting the following image with the caption “this is the reason why he picked me up.” 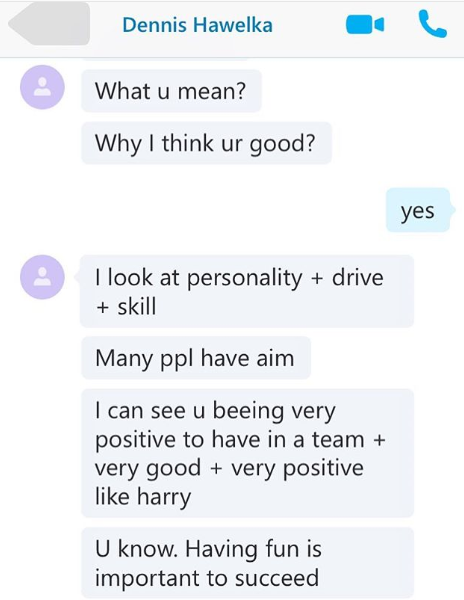 Mickie has indeed been the embodiment of positivity for Team Envy and later the Dallas Fuel – a team that desperately needed it at times during the inaugural Overwatch League season – and it was that positivity that earned him the award in his former team-mate’s name.