Blizzard has revealed how the Breast Cancer Research Foundation is making use of the money raised by Overwatch’s Pink Mercy charity campaign.

The campaign lasted for three weeks in May of 2018, during which time players could buy the $15 Pink Mercy skin, real life merchandise such as t-shirts, or watch and donate to partnered streamers to support breast cancer research.

The fundraiser proved an overwhelming success, raising a massive $12.7 million for charity. The donation became the largest the BCRF has ever received from a corporation in its 25 years of operation.

Blizzard has now revealed exactly how that money will benefit the fight against breast cancer, with a post detailing three initiatives that have been funded thanks to the Overwatch players.

The first is the “Precision Prevention Initiative”, which will see the BCRF put together a think tank of breast cancer research specialists to design their upcoming Request for Proposals, grants given to selected clinical and laboratory studies that will aim to address breast cancer prevention.

The second program is the Translational Breast Cancer Research Consortium Award. The award will help to launch five new clinical trials this year, within a consortium “comprised of 19 medical institutions and nearly 200 investigators aimed at accelerating new treatments for patients with breast cancer.” 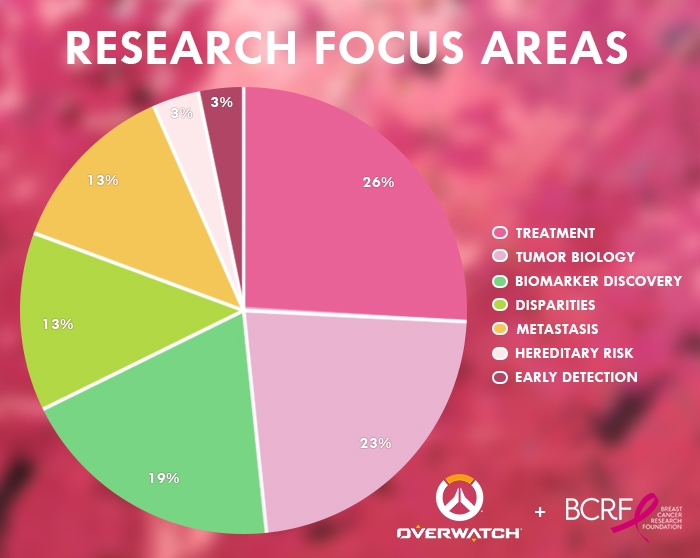 With the incredible success of the Pink Mercy fundraiser, it seems highly likely that Blizzard will run another fundraiser at some point in the future. The company has already expressed its desire to do so, although exactly how frequently such events will occur remains unknown.