Blizzard like the idea of a role queue for Overwatch

Overwatch director Jeff Kaplan has revealed that Blizzard has considered the possibility of adding a role queue to the game.

Kaplan recently sat down with Overwatch streamers Emongg and Fran to discuss the state of the game, and while talking to Emongg revealed that a highly popular concept has some support in the development team.

Some sort of role queue has been a much-requested feature for most of the game’s lifespan. On the one hand, players want to be able to guarantee they can play at least the role they want to, if not the exact hero, rather than fighting with several other players who all want to pick DPS heroes.

On the other, even those players who are willing to fit in around the rest of the team would like to see some sort of basic team structure imposed – usually two heroes of each class – so that the team gets a functional composition rather than one player desperately trying to tank or heal for five DPS.

Unfortunately, many have assumed that a role queue would never be implemented for Overwatch, as it clashes with Blizzard’s philosophy that flexibility and composition creativity should be a major feature of the game. 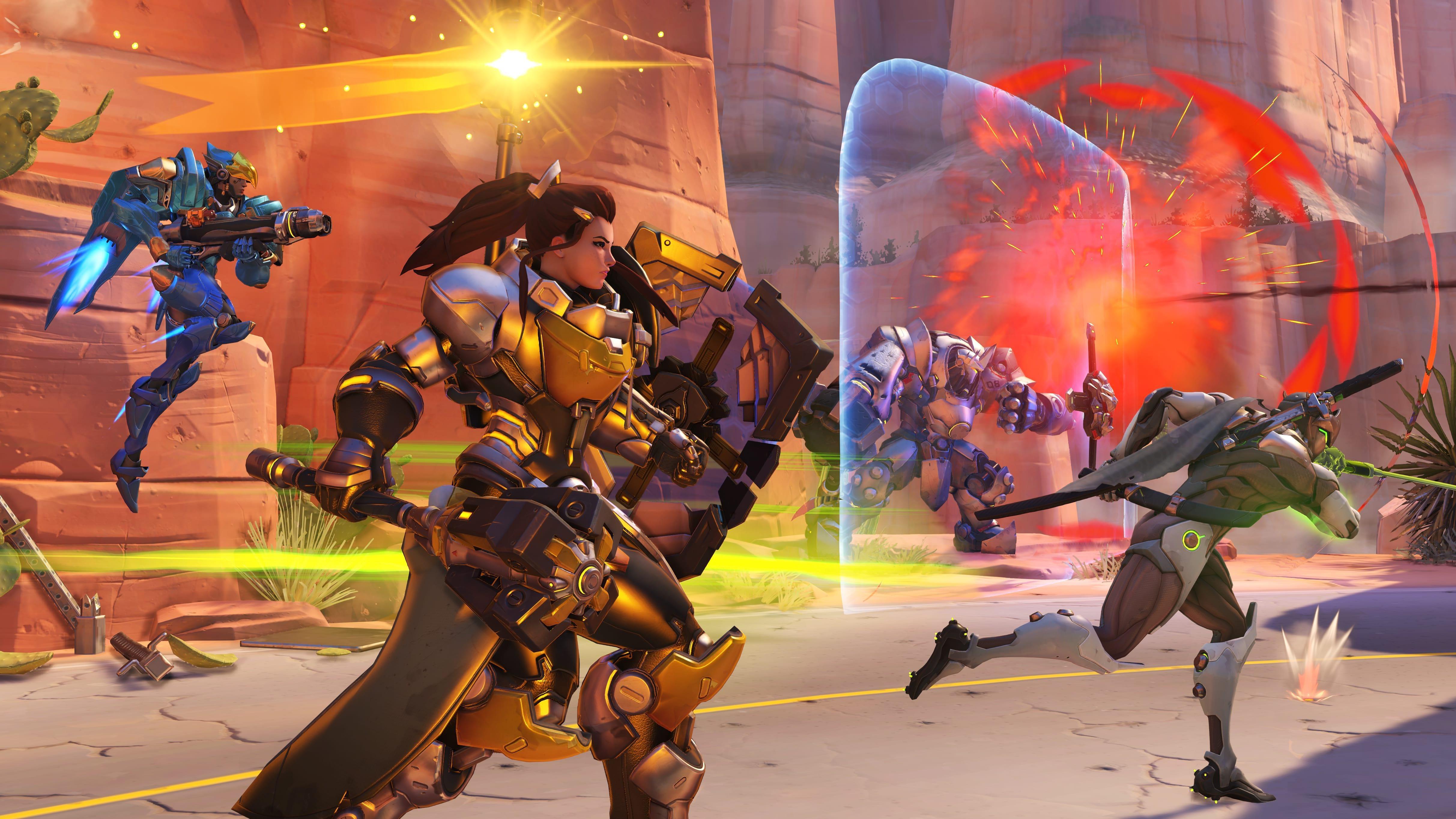 Many players had given up hope of ever getting a role queue in Overwatch.

During his conversation with Jeff Kaplan on the subject, however, Emongg brought up another reason in favor of role queue – and it turns out Kaplan agrees.

The main problem with the current system, as far as the developers are concerned, is that it doesn’t take into account different skill levels between heroes. A player could be a grand master Support player with the likes of Lúcio and Mercy, for instance, but that same player might very well be out of their depth at that rank if they switch to Widowmaker.

Though it seems the development team isn’t unanimous on how – or even if – to address this issue, Kaplan himself likes the idea of having a role queue with separate rankings for each hero category – tank, damage, and healer.

This wouldn’t be the first time that Blizzard has restricted the versatility of their original vision for the game. Though a rather more extreme example, when Overwatch first released there were no hero limits, allowing for compositions featuring multiple replicas of the same hero.

It wasn’t long before players figured out which limited combinations of heroes proved distinctly more powerful than others in this mode, and Blizzard implemented the one-per-team limit that is now the standard.

Kaplan didn’t confirm when or even if some sort of role queue might be seen, but it seems that it’s something that Blizzard is actively considering and that the game director himself would support.

Overwatch players with Reaper in their hero repertoire will be happy to know the Talon DPS was on the receiving end of a powerful quality-of-life change that buffs the shotgun-wielding damage dealer.

Undocumented changes aren’t exactly anything new in Overwatch, but it’s always a bit surprising when a hero receives a buff that wasn’t listed in the official patch notes.

The latest Overwatch update on February 18 brought in some changes for Reaper that saw his range increase at the cost of some damage reduction. Although the changes were a net buff, there was something else lurking in the update that further increases his strength.

As noticed by player ‘TheeNinjaBanana’ on Reddit, Reaper can now cancel his reload to use Shadow Step – something that he previously was unable to do.

Most heroes in Overwatch are already able to cancel their reload animations through the use of abilities, but, for whatever reason, Reaper was unable to until now.

Shadow Step isn’t exactly the most powerful ability in Overwatch, but it does have some uses, especially when it comes to quickly traversing maps and gaining access to the high ground.

Perfectly-timed Shadow Steps can also be used to attain a brief moment of invincibility, which can save Reaper from ultimates such as D.Va’s Self-Destruct or Junkrat’s Riptire in the event his Wraith Form is on cooldown.

Reaper can be a bigger threat when he’s off the map.

It’s also extremely useful as a way to get back on the map if he ever gets booped off. Previously, if Reaper was reloading and got knocked off, it would be lights out, but now, he can teleport back freely.

Overall, players seem pleased with the buff. “I did this by accident the other day yesterday, pretty happy with this change,” one user commented.

“It’s a great change because that was literally the only ability in the whole game that couldn’t cancel reload,” another remarked.

For anyone who mains Overwatch’s edgelord, be sure to remember this buff as it could end up paying dividends if you find yourself in a tough situation off the map.