The splash arts for League’s latest set of Star Guardians—Neeko, Zoe, Xayah, and Rakan—were revealed on August 26, and they are incredible.

The Star Guardian skin line for LoL is one of the game’s most popular. Ten champions already have skins from previous years, and the Invasion Game Mode from 2017 was a new and exciting PvE experience that added a new dimension to Riot’s flagship game.

Riot has always looked at promoting this skin line, and usually release a new set every couple of years.

After an announcement was made earlier today about the newest set of champions to score Star Guardian skins, Reddit user ‘gogoandcomecome’ found the splash arts for them as well. 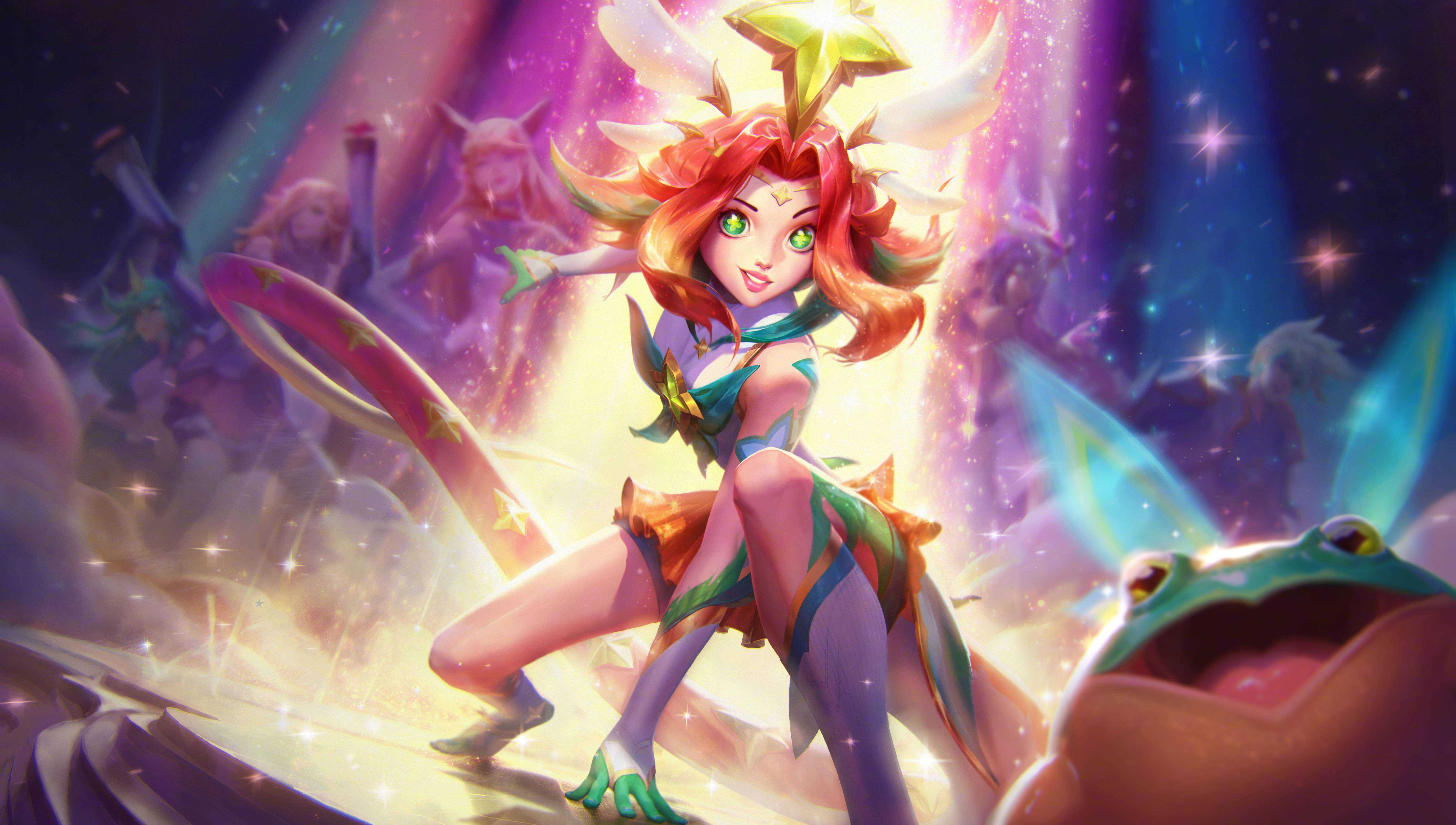 Neeko is the brightest Star Guardian out of the four being released.

Neeko’s splash art is much brighter than the other three, with the chameleon sporting stars all the way down her tail.

She also brings a toad as her companion, and although that’s not as cute as some of the other pets on the Star Guardian lineup, it seems like a very Neeko kind of thing.

Zoe’s Star Guardian skin blends in with her hetero-chromatic pink and blue eyes. Wearing a frilly purple dress alongside her octopus-like companion, it was only a matter of time before Zoe got added to the collection.

However, not many fans expected her to be as dark as this, leading to speculation that she is part of the Fallen Guardians. 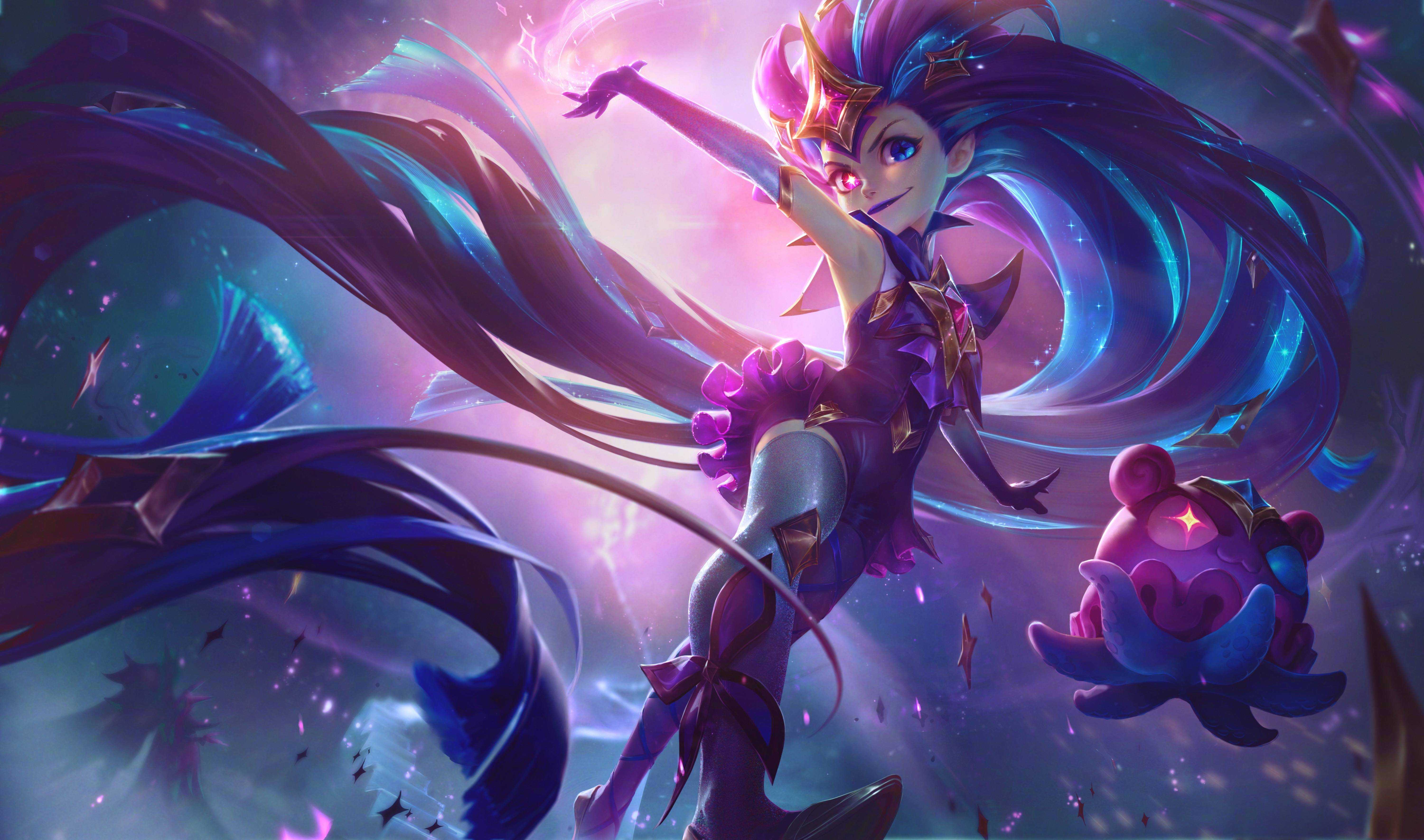 Finally, the couple of Xayah and Rakan will hit the Rift in purple and green respectively. Their splash art looks menacing compared to the others in the collection, but the Vastayan lovers look perfect together in the Star Guardian line up.

The Weibo post also teased a little bit of each champion’s Star Guardian lore, which has opened up a new wormhole delving into the dark side of the universe. 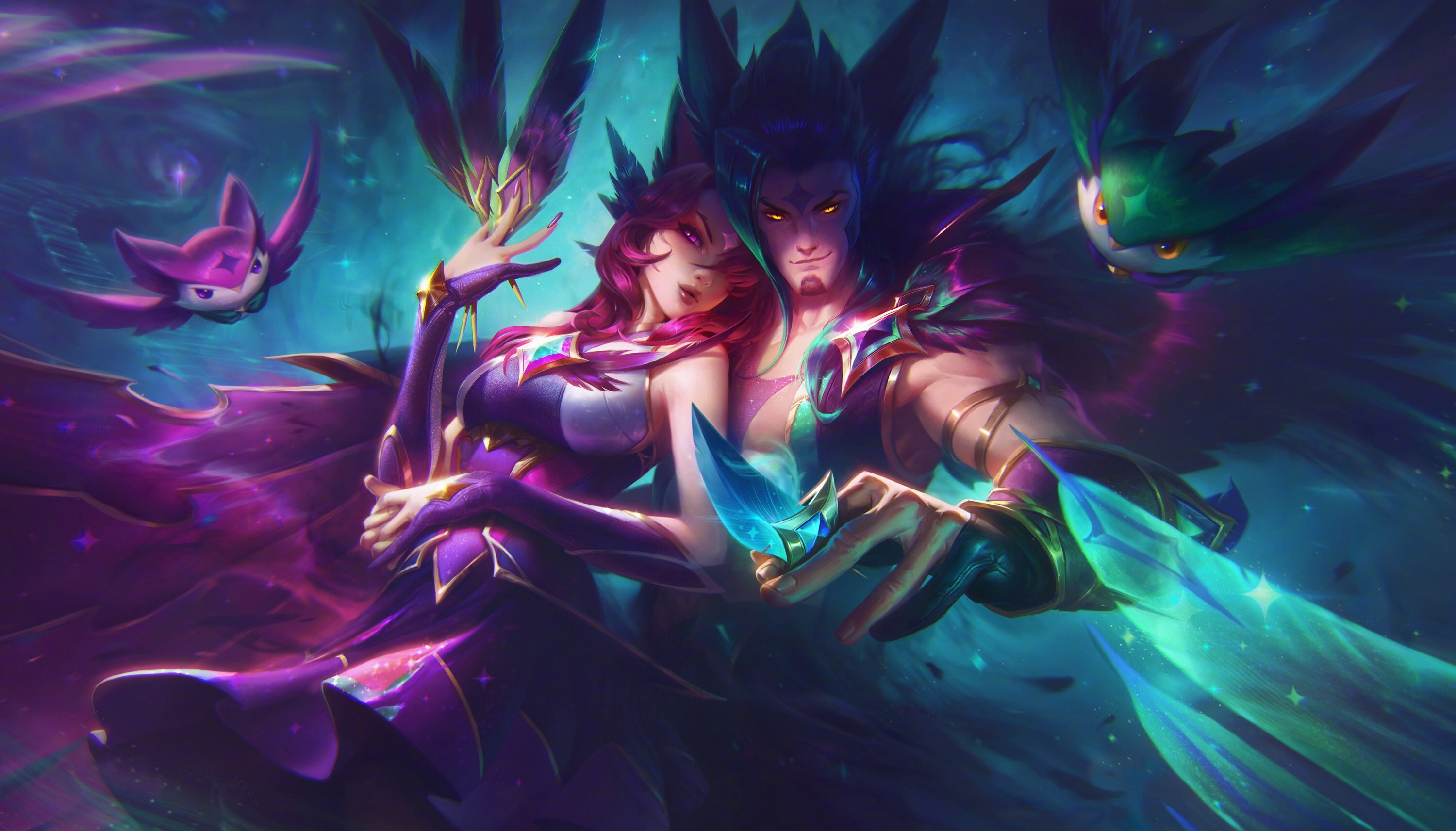 “Zoe, who Ahri has always been afraid of, debuted as a representation of the ‘dark force’. Xayah was eroded by the darkness, and Rakan couldn’t bear to leave, choosing to fall down with her; Neeko hid herself, avoiding the dark erosion of Zoe, but Ahri thought she (had) fallen.”

The new skins are set to hit the Public Beta Environment (PBE) on Patch 9.18.