Riot Games have confirmed that the newest League of Legends champion, Sett, is not the son of Draven, contrary to a popular fan theory.

Sett is the latest champion to join the League of Legends roster, following hot on the heels of new marksman Aphelios and currently in testing on the Public Beta Environment. He’s expected to hit the live servers in the first half of January.

Described as “a leader of Ionia’s growing criminal underworld”, Sett achieved status in the fighting pits of Navori, battling his way to the top. In doing so, he also followed in the footsteps of his father, who was also an infamous pit-fighter.

The only other fact known about Sett’s father, however, is that he disappeared when Sett was still very young, young enough that Sett can only “vaguely remember” him. With his father not having been named, fans were quick to speculate about a potential link to another known character in the universe.

For many, the most likely candidate seemed to be Draven, who is known to have fought in arenas as a prize fighter, and as a Noxian soldier could perhaps have found himself in Ionia at some point in his life, and fathered Sett while there before abandoning him – something most fans would not put beyond the character. 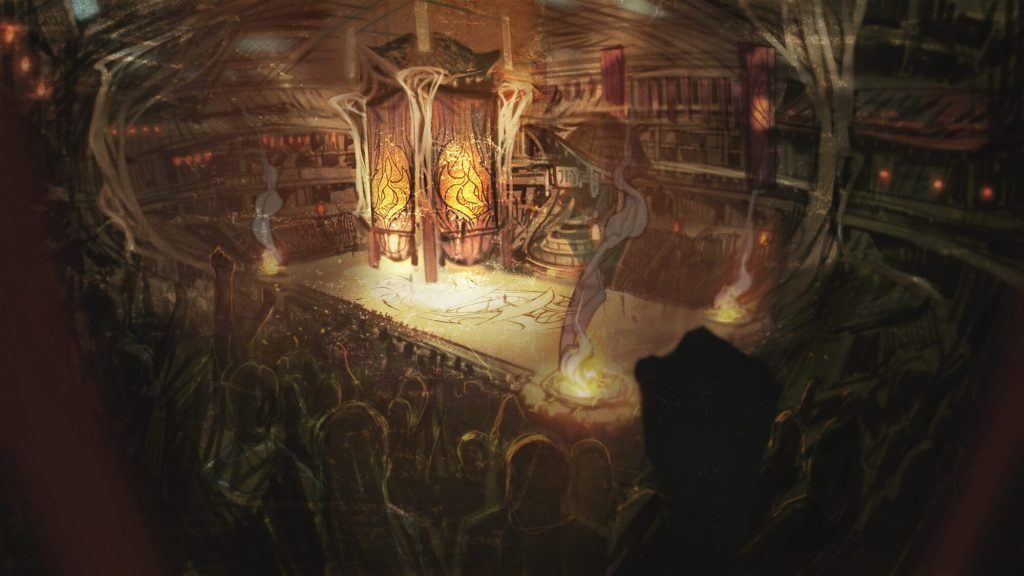 Sett defends an underground pit in Ionia that was once dominated by his father.

The theory wasn’t perfect by any means, with the biggest flaw being the timeline– detractors argued that Sett appeared too old, and Draven too young, for the latter to have fathered the former. With the exact ages of each unknown, and the timeline of the League of Legends universe often unclear, however, it seemed possible that the gap between the pair could just be wide enough.

Now, however, the theory has been proven definitively false. When asked about the theory, Riot Games Narrative Editorial Director L J Goulding confirmed that Draven is too young to have fathered Sett – in fact, he may have been as young as two when Sett was born.

Too young. That would be all kinds of weird…

Quick bit of napkin-maths… I think Draven was 4 when Sett was born.

While Goulding didn’t explicitly state the age of either character, he did narrow down the window for each somewhat, stating that Sett was in his “mid-to-late 20s”, having been born in Ionia “less than thirty years ago”, which puts Draven in his early thirties at most.

He was born in Ionia less than 30 years ago, I think.

Whether or not Riot have plans to reveal Sett’s father, or whether the character will have any further significance either in the game or future stories, remains to be seen. Fans of Draven and Sett can rest assured, however, that the pair are not father and son.