A League of Legends player demonstrated how powerful a fed Dr. Mundo can be by tanking almost the entire enemy team to win the game.

In a play captured by Reddit user VirkonVirrekopp, Dr. Mundo is able to simply walk up to the exposed Nexus and destroy it single-handedly, ignoring the multiple enemy players that are attempting to stop him.

As the red-side team enters the blue side’s base, Dr. Mundo charges forward alone, leaving his teammates behind and walking straight through the defenders to go for the Nexus. 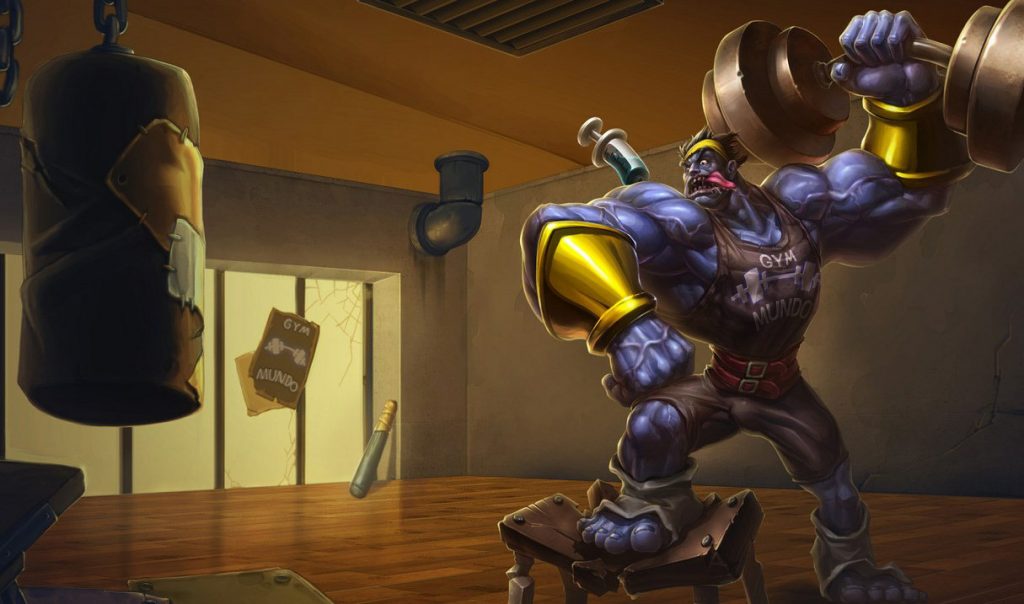 Dr Mundo proved too strong for almost an entire team.

Despite having been taken to nearly half health before even reaching his target, Dr. Mundo was nevertheless able to simply stand and hit the Nexus with the enemy Sylas, Senna, and Gangplank doing their best to take him down, and the enemy Irelia also showing up to assist.

Their efforts proved entirely in vain, however, as Dr. Mundo survived just long enough to win the game, destroying the Nexus with a tiny portion of his own health remaining.

With Riot having recently introduced some of League of Legends’ most complex champions – Aphelios being the ultimate example, with a design that is distinct from any other character in the game – this play nevertheless serves as a reminder that sometimes, simplicity is the way to go.

It also shows just how powerful a single champion can be – while the Dr. Mundo has a significant lead, the game itself isn’t overwhelmingly in the red team’s favor. They boast less than a 2000 gold lead, while the blue team have more kills to their name and the Cloud dragon soul.

Nevertheless, the Dr. Mundo alone was able to secure the victory, and while this play obviously requires a rather specific set of circumstances to pull off, the fact that it took four opponents so long to kill him is indicative of just how powerful Dr. Mundo was in this game.