Riot Forge have released some teaser images for a new upcoming League of Legends-based game.

The recently announced Riot Forge is a publishing studio under Riot Games that will work with third-party developers to create more games set in the League of Legends universe.

Riot Forge titles are aiming to “reach players that don’t necessarily like to play a competitive game,” meaning that they’re likely to focus on single-player or co-operative multiplayer style titles, the first of which is expected to be revealed at the Game Awards on December 12.

To give fans a hint of what to expect, Riot Forge have now released a series images, stating “There are endless places to explore in Runeterra. Here’s a look at where we’re heading…”

There are endless places to explore in Runeterra. Here’s a look at where we’re heading… pic.twitter.com/ZdhppC7DZe

The images appear to show a variety of different locations within Runeterra – the world in which League of Legends is set – including what looks like Bilgewater, a dangerous port city which the likes of Gangplank and Miss Fortune are from, and the Freljord, the icy region which is home to the likes of Ashe, Sejuani and Braum.

While the concept art gives little away about the mystery game itself, the multiple regions shown suggest that it will span across Runeterra, rather than being focused in on a single location, and perhaps hint at the kind of characters that may show up. 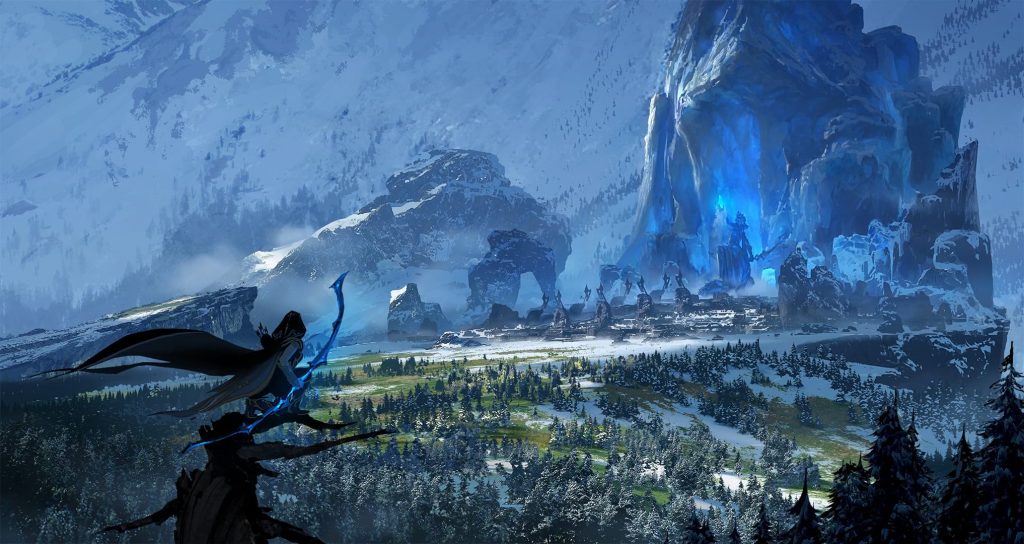 The Freljord is home to champions like Ashe and Braum.

New games under Riot Forge aren’t all that fans of the League of Legends lore have to look forward to, as Riot are also developing an animated series set in the universe which looks set to feature several of the game’s champions.

Meanwhile, those looking forward to more content from Riot themselves have plenty coming in the future, as the developers announced during the League of Legends 10-year anniversary celebrations that they have several titles on the way, including digital card game Legends of Runeterra, a competitive FPS currently titled ‘Project A’, and a fighting game known as ‘Project L’.