A new ranking system for League of Legends will soon find its way to clients in North America and Korean servers, as Riot Games hopes to make matches more rewarding for players.

League of Legends has provided one of the most competitive gameplay environments for the better part of the last decade, and it’s done so by constantly implementing game-changing elements both in and out of the Rift.

On January 17, Riot Games’ Ed ‘Sapmagic’ Altorfer and Primus ‘Gortok’ Majda hosted another entry to the dev diaries to break down the new position rankings that will influence matchmaking queues for the new season. 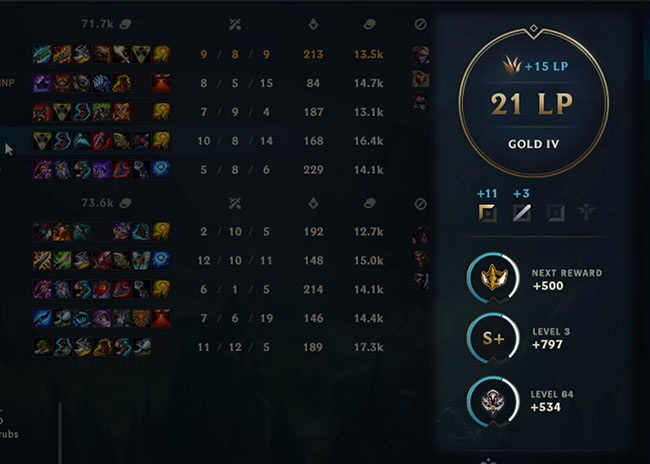 LP splash will boost ranks of all positions, regardless of which role a player filled in their game.

The new system will give “a matchmaking rating and a rank for each position [someone] plays.” Position ranks are meant to be an answer to providing more balanced gameplay experiences that stem from the struggles of autofill.

At the end of every match, League Points (LP) will be awarded for whatever position you played, but some LP will “splash” into all the other positions.

The devs clarified that every position will be splashed with LP as a player climbs with their main position, which will help bring up all other ranks as close to that player’s true rank to make the grind less intensive.

As such, NA and Korean servers will preview the system at the start of the new season to gauge how well it works and to fix any problems that may come up.

Getting rid of autofill in the game would see queue times “tripling, or in some cases quadrupling” for a lot of players, so the team devised a way to create more fair matchmaking, according to Sapmagic.

Although the premise is simple, there is a lot that can go wrong which is why the developers made clear that they are willing to get rid of the system as a whole if it doesn’t work out.