A League of Legends fan gave a glimpse at what could be ahead for Summoner’s Rift after recreating the map in Unreal Engine.

League of Legends is one of the world’s largest games and often has millions of players on the popular MOBA each month.

Despite its popularity, League of Legends is not particularly known for its in-game graphics compared to many other top games, as Riot Games have opted into making a game that focuses heavily on performance over visuals. 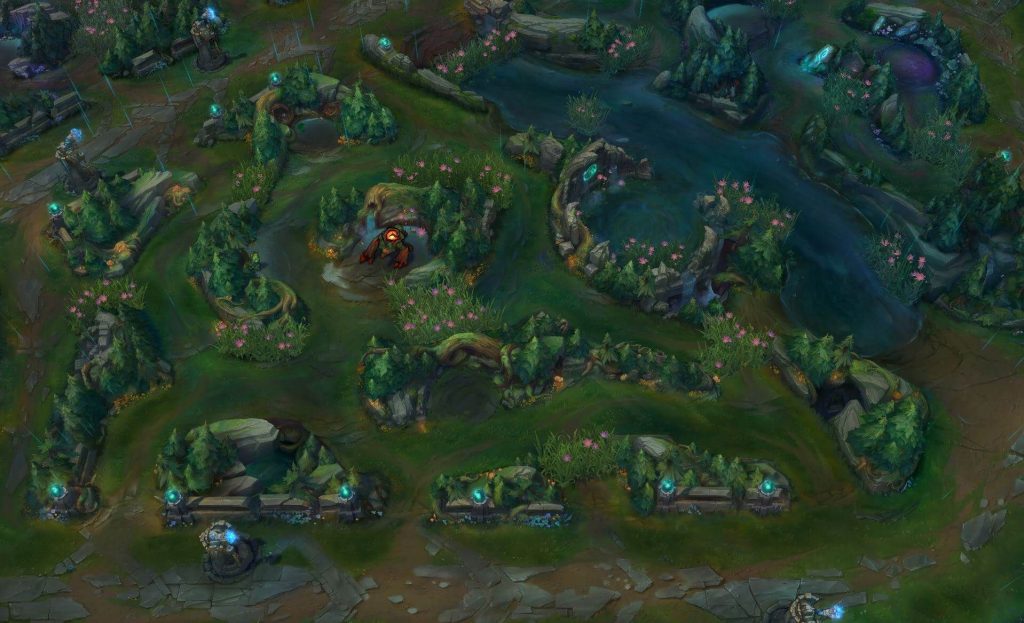 Players have grown accustomed to the classic look of League of Legends, but one fan, Wayne S, decided to recreate the game’s battle arena while making use of the graphics capabilities in Unreal Engine.

After re-developing Summoner’s Rift, Wayne posted a video highlighting the many of the changes and updates he had made to the map, revealing that he had been working on the project in his spare time.

“I decided to challenge myself into a three-week mini-project with a few spare hours a day to convert Summoner’s Rift from League of Legends into a realistic one,” the developer explained.

He showcases the new map from both the overhead angle that many have come to expect in Riot Games’ MOBA and from a first-person point of view, giving fans a look into what the game could be like as a first-person shooter title.

Although he gave the map a whole new look, for the most part, the design of Summoner’s Rift has remained the same with three lanes and a river that is currently seen in-game.

“The goal here was to maintain all of the design of Summoner Rift but completely change it from stylize to realistic, this also needed to be visually appealing from both top-down as well as first-person,” he expressed, “I tried my best to keep the atmosphere of the Rift with the same type of foliage you’d see from League of Legends.”

Admittedly, it is unlikely that the graphics League of Legends will receive a similar look anytime soon, the developer’s incredible remake may be an indication of what’s to come in the future for the popular MOBA.