League of Legends: ‘By the Numbers’ report show huge spike in viewership for 2018 World Championship

The League of Legends 2018 World Championships marked the highest collective interest in the MOBA and Riot Games’ latest statistical breakdown of events shows some astonishing growth that the esport has ever seen.

Riot Games have gone from indie game developer to a worldwide producer of some of the most exciting esports events of the season, and their year-end recap of those events illustrate how the game’s story lines, match-ups and events unfolded to its largest spike in viewership.

The Los Angeles-based studio has released its 2018 Events By the Numbers that dissects achievements accomplished throughout one of the most exciting seasons across multiple leagues. 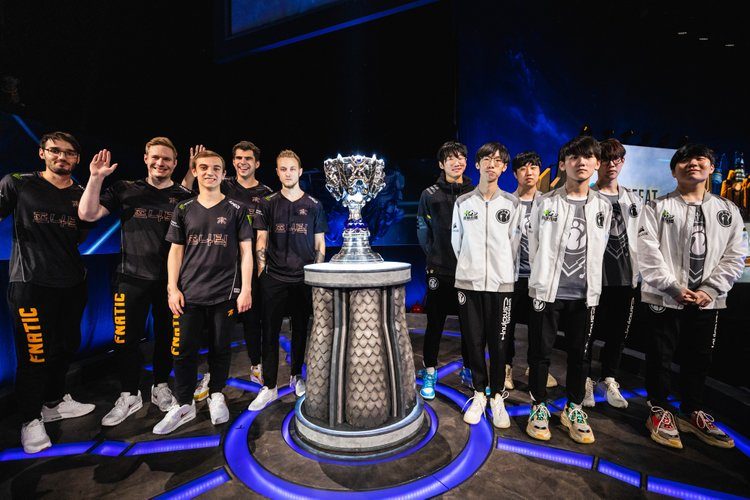 The 2018 Worlds Finals featured the long awaited return of EU and Chinese representatives.

Compared to last year, the World Championship Finals had roughly 75% increase in viewership, from 56.7 million to 99.6 million unique viewers

The jump is staggering and was no doubt influenced by the finalists who were from the European region and the Chinese LPL, a dramatic shift of power from the all-South Korean bouts seen in the three seasons prior.

A new statistic Riot is implementing for its 2018 measurements is Average Minute Audience (AMA) that gives the average number of viewers who are tuned into the broadcast at any 60-second portion of the show. 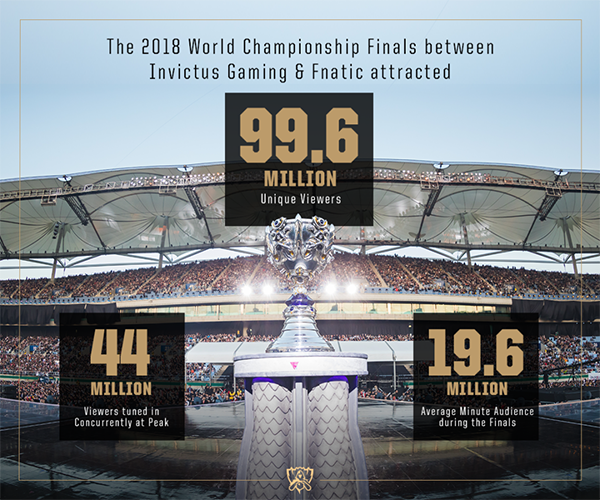 An impressive set of numbers for Riot’s World Championship Finals.

For 2018, the Worlds Final had an AMA of 19.6 million and a peak concurrent viewership of 44 million.

League of Legends has been steadily growing in terms of production and fan-size and the esport looks to keep that trend with the start of its 2019 season fast approaching.

You can read the rest of the breakdown here.