The 5 biggest differences between Hearthstone and Legends of Runeterra

When Riot’s new card game, Legends of Runeterra, was announced and launched at the League of Legends 10th anniversary stream, many people were wondering if it would be LoL’s answer to Hearthstone.

However, after playing Legends of Runeterra, it’s clear that it’s very different from Blizzard’s title. There are definitely some similarities as both are digital card games – which means collecting cards to build your deck is a key component of gameplay – but that’s where the similarities end.

Here are five of the biggest differences between Runeterra and Hearthstone.

Runeterra classifies cards by regions, instead of by champion as in Hearthstone.

Legends of Runeterra has cards that appeal to a variety of playstyles, which are split up into different regions from League of Legends’ lore.

The six different regions are

When players activate a region, progress using its assigned cards and champions will result in greater rewards within the chosen realm.

Each region has its own unique champions from League of Legends, so if you want to use your LoL main in Runeterra all you have to do is find out which region they’re assigned to and go from there.

Hearthstone’s heroes, which form the basis for deck building, don’t offer any additional rewards besides golden cards for player progression.

But players don’t have to stick with just one region and progress will be saved if players want to focus their attention elsewhere, allowing them to activate any region at any time. 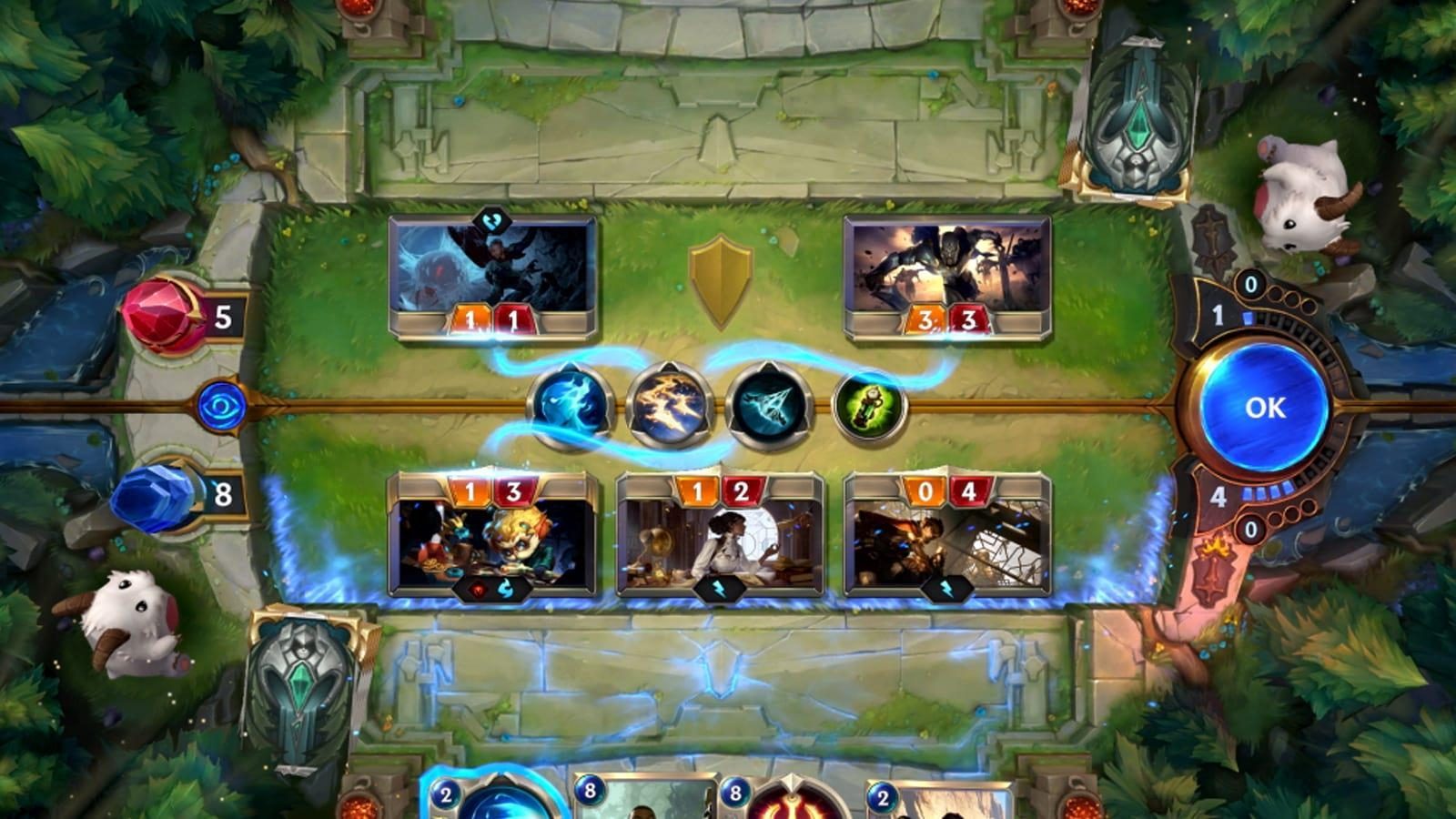 Runeterra has players enter attacking and defensive phases – rather than the cut and dry turns of Hearthstone.
600

In Hearthstone, players attack and play cards during the set turn, but in Runeterra turns are divided into attacking and defensive roles for both players.

Defensive players get the chance to play cards first during the turn’s ‘Action Phase’, before the attackers get to lay down cards to start their phase.

So, instead of playing your cards and running your hand before waiting a few minutes for your turn again, Runeterra requires players to be tuned in for each and every go. 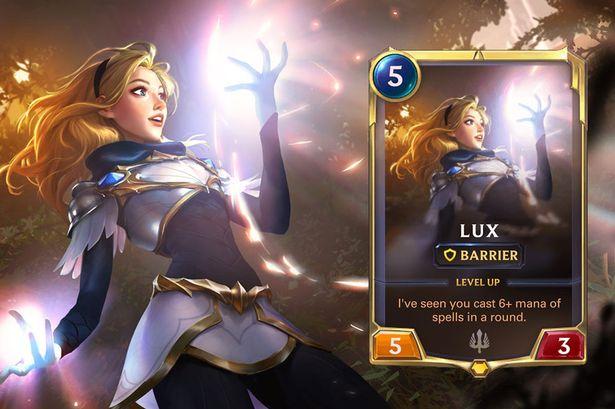 Mana is utilized differently in Runeterra than in Hearthstone.
600

Like Hearthstone, players start with one mana and receive an additional point every turn (when the attacking and defense roles switch).

But a new feature for Runeterra is the addition of spell mana, which is used to cast spells. Spell mana is generated from leftover mana each turn, so if you have five mana and only use four during a turn, one point will be added to spell mana, which stays until you use it during the game. 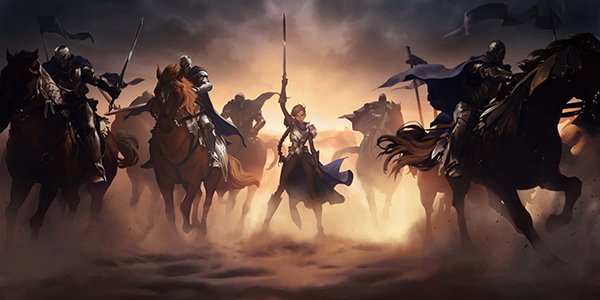 In Hearthstone, only certain cards can block damage from being dealt to your hero – but in Runeterra any unit card can block incoming damage.

During the defense phase, players can select which cards they want to place to block damage from being dealt to their Nexus (which is comparable to a hero’s health in HS).

Some cards have special defensive abilities and there are spells that benefit cards while they’re in defense, so it takes some experimentation to figure out what works best for your deck of choice.

For attack it’s the same way – players select which cards they want to attack with against the defenders’ cards of choice. 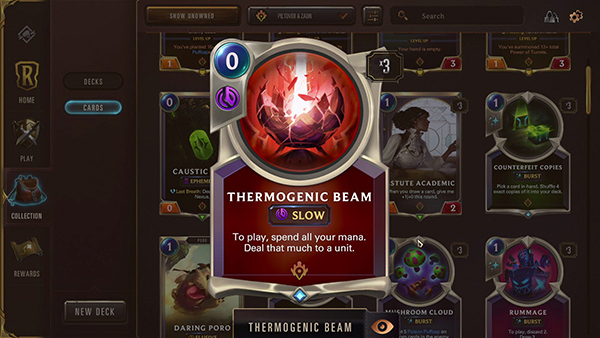 Spells in Runeterra work a lot like they do in other card games like Hearthstone, but with one major difference – every spell has a speed attribute that determines when that spell can be played and whether an opponent can respond before it goes into effect.

There are four different categories of spells in Runeterra:

Sadly, servers for Runeterra have gone offline until November 14 while Riot updates the game before the next preview patch.

But players can still sign up for a chance to be included in the beta the next time servers go live in November.