With the announcement of the BlizzCon 2019 Virtual Ticket, Blizzard revealed various in-game items that will be provided to those who buy-in, as well as some mysterious teases for what comes next in the world of Hearthstone.

Taking place at the Anaheim Convention Centre in California from November 1, BlizzCon 2019 is set to be a massive celebration of all things Blizzard-related.

Initially released in 2014, Blizzard’s collectible card game Hearthstone, has seen much fanfare over the years with a plethora of downloadable content and full-sized expansions.

With the announcement of the BlizzCon Virtual Ticket, fans will be able to tune in to the exclusive conferences and behind the scenes discussions from the comfort of their own home. Alongside the announcement, came the reveal of brand new in-game content for all Blizzard titles. 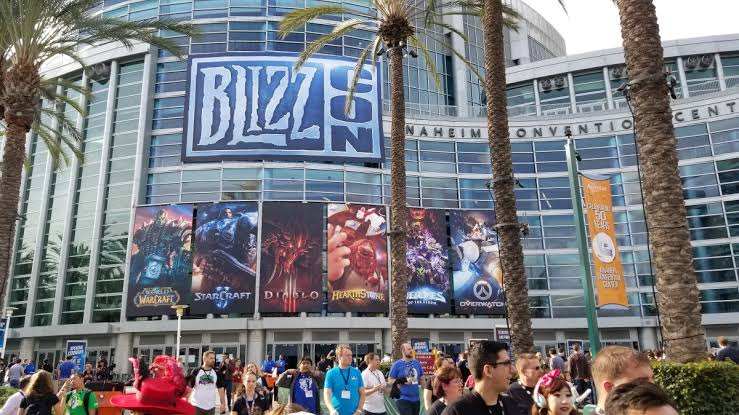 Crowds amass outside of the BlizzCon show-floor

Among the slew of information was the tease of a brand new Legendary card for Hearthstone. To be announced at BlizzCon, the reveal simply encourages fans to “prepare to draw a mysterious Golden Legendary card.”

Exactly what this card will be and what it impact it might have on the current meta, remains to be seen. But if it’s the sole focus of Hearthstone announcements at BlizzCon, rest assured the new Legendary will make waves throughout the community.

The Legendary tease also accompanies the reveal of a 2019 BlizzCon card back for Hearthstone players to enjoy.