Following the tragic shooting at a Madden 19 qualifying tournament in Jacksonville, Florida, which left three dead and 14 injured, the gaming community has come together to support each other and those affected.

One of the main concerns is that there will be blame levelled at gaming itself for these violent acts, as has been seen previously with mass shootings in the United States.

In the aftermath of the Florida school shooting in February, two high profile US politicians blamed Call of Duty specifically for the violence. Kentucky Governor Matt Bevin said death was celebrated in video games, and that it was desensitizing people.

This time, with the incident taking place at a gaming tournament, there is almost an expectancy that more accusations of violence being directly caused by games and gamers.

YouTuber Daniel “KEEMSTAR” Keem warned that the gaming community would be “attacked”, and must be prepared to fight back.

The Gaming community needs to come together & FIGHT BACK!

We will be attacked in the coming days by the Mainstream media , Politicians , Political Pundits & the NRA with ” Video Games cause violence”

DO NOT LET THEM BLAME VIDEO GAMES!

Esports journalist for ESPN, Jacob Wolf, also said that he was prepared in expectancy of ‘false narratives’. 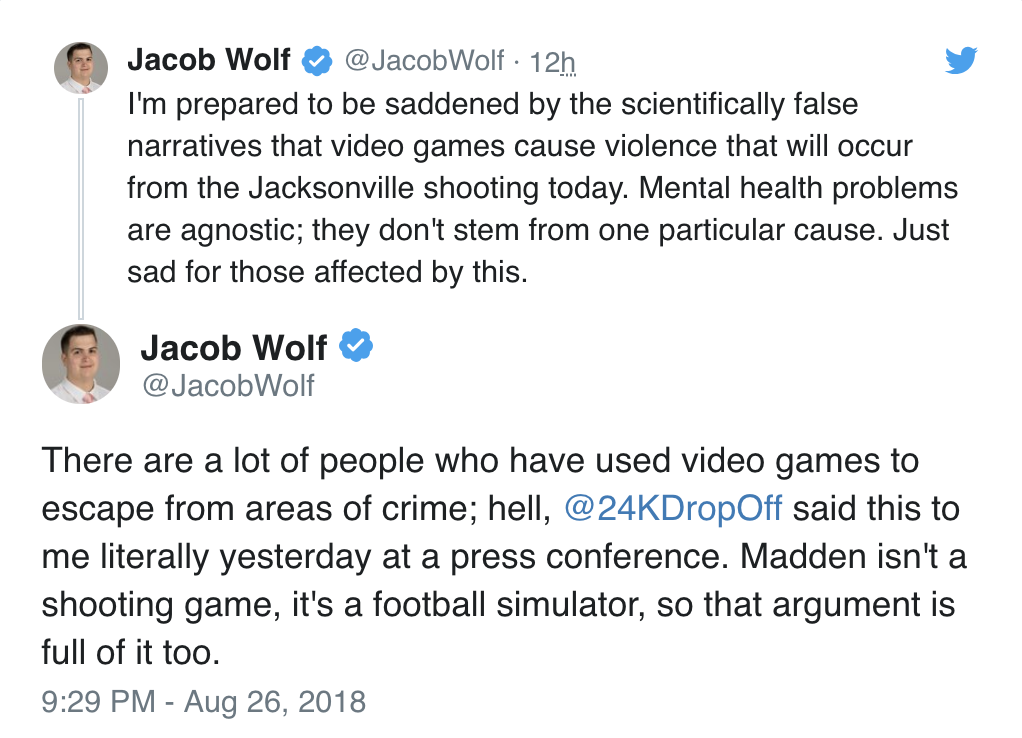 Senior game designer for battle royale game H1Z1, Arclegger, made the point of video games being prevalent in almost every developed nation, showing that the violence cannot be directly attributed. 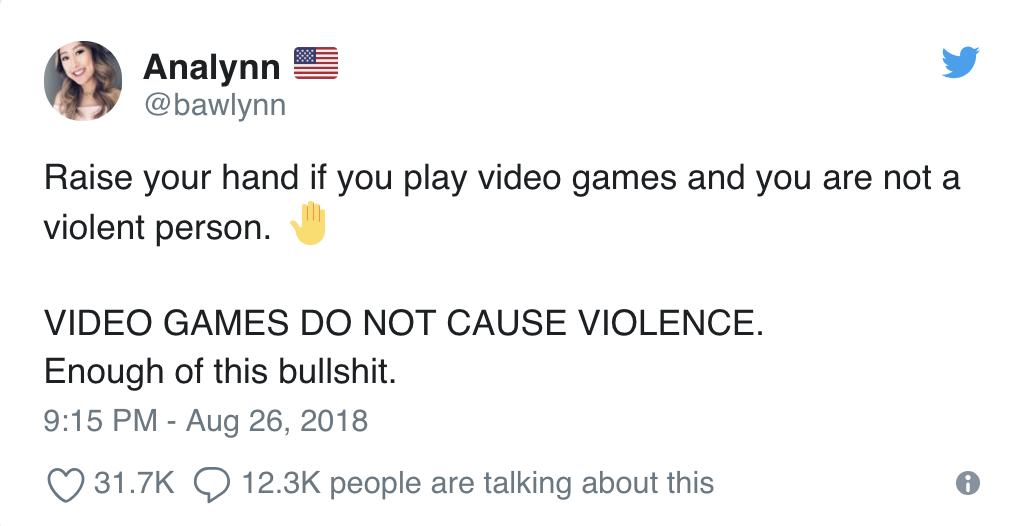 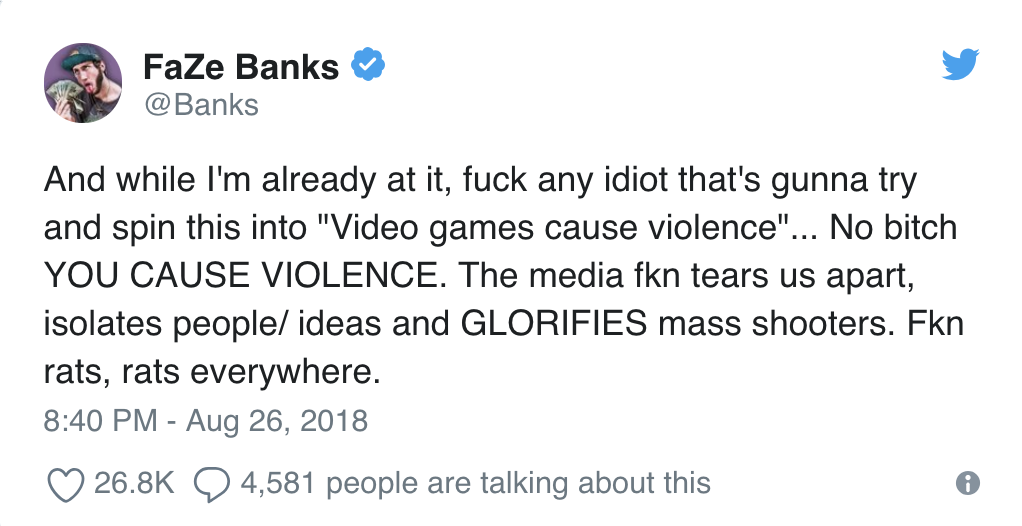 Many other gamers and prominent figures in the community also expressed anger at the idea of video games directly causing violence.

Numerous studies have dismissed supposed links between games and violence as a “phantom”. A recent study, published in January 2018 by researchers at the University of York, addressed violent video games (VVG), and all forms of ‘antisocial effects’:

“Whilst early studies in this field may have suggested a strong relationship between VVG and antisocial effects, recent scholarship seems to imply that this effect is in fact a phantom”

Similarly a 2014 study, concluded that the existing evidence cannot support claims of violent games being harmful or ‘representing a public health crisis.’

“Empirical evidence regarding the impact of violent digital games on player aggression is, at best, mixed and cannot support unambiguous claims that such games are harmful or represent a public health crisis”

Of course, it should also be noted that Madden specifically is not a ‘violent’ video game at all, rather simply a football simulator.