Esports pros and fans have called for security at events to be improved after a mass shooting took place at a Madden tournament in Jacksonville, Florida.

According to Jacksonville Sherriff Mike Williams, three fatalities and fourteen injuries have been confirmed following the incident at the GLHF Game Bar in the Jacksonville Landing on Sunday afternoon, leading players such as Call of Duty pro Seth ‘Scump’ Abner, Smash player Dark NAKAT, and CS:GO pro Markus Kjærbye to ask for increased security at future tournaments.

Call of Duty champion Seth ‘Scump’ Abner suggested that something should have been done about security to avoid such a incident taking place.

“I’ve been saying events NEED better security. Such a damn shame that now event coordinators will respond after a tragedy happens. Thoughts are with everyone at the Madden tournament and their families.”

With many players carrying controllers and consoles in backpacks, pro Smash player Dark NAKAT believes that mandatory security checks should take place at every esports event.

“I’ve been saying for a longggg time now that eSports events should have mandatory security checks. Now a shooting breaks out at a Madden event. I feel so bad for the victims and those who were at the location of the shooting. Disgusting things like this should never happen.” 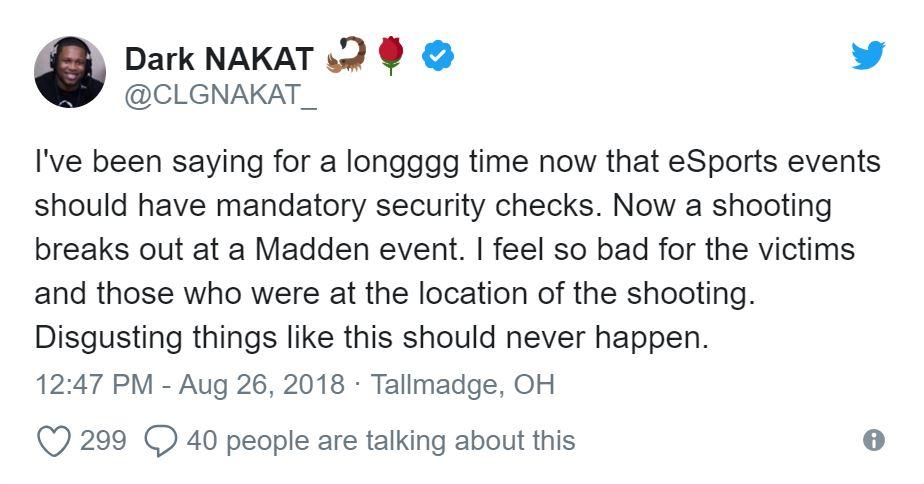 CS:GO pro Markus Kjærbye is another player who feels that extra security at events should have been considered before now.

“We live in a crazy world. Lost for words, sending all my prayers to the victims and their families involved in the shooting at a Madden esports tournament in Florida. Really awful this happened, before the security at gaming events was taken seriously enough. Heartbreaking” 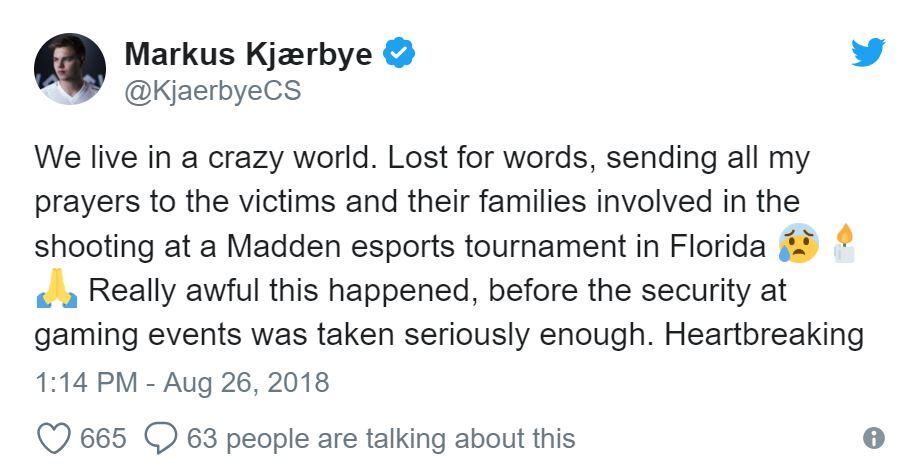 Fans from many gaming communities have expressed their sadness following the shooting, with many hoping for increased security at future tournaments.