Western Digital is slated to come out with an upgraded solid-state drive that could improve how players’ computers access and read files, potentially providing smoother gameplay experiences.

PC players should be all too familiar with Western Digital, the makers behind many of the most popular hard drives around today, who are looking to make another splash with an more optimized entry to their line of SSDs.

In a new announcement, Western Digital have unveiled the WD Black SN750 NVMe SSD, a brand-new solid-state drive with heatsink features that lets it perform at top speeds for longer periods of time. 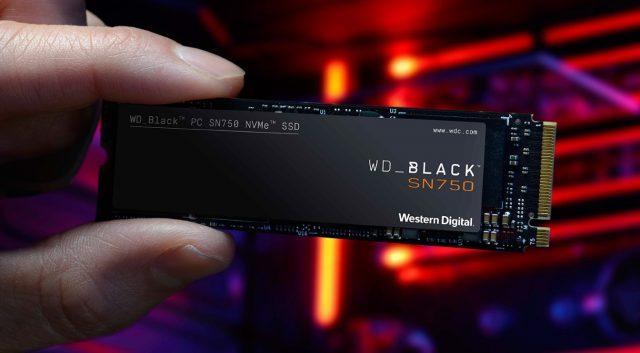 The new SSD features impressive stats that could lend a hand in quicker load times for games, increased cache referencing that can make rendering much faster, and should ultimately ease up the demand PC’s need for gaming.

Popular titles such as Battlefield 4,  Fortnite, and Call of Duty: Black Ops 4’s Blackout will especially benefit from the quicker load times, allowing players to pick up weapons and loot before their enemies can.

“VR, immersive features, and larger game file sizes mean longer load times for levels, maps and other in-game actions. All of these require faster storage and higher capacity,” Western Digital Vice President of Marketing, Data Center and Client Computing, Eyal Bek said. “… We have pushed the boundaries of storage to give hardcore gamers the competitive edge they desire.”

The company suggested that the WD Black SN750 NVMe SSD could also go a long way in improving frames-per-seconds for some users. Moreover, the SSDs will have fewer moving parts, making it much more durable and easy to take to LAN events.

The company hopes that the integrated heatsink will see players use less power, which is vital for notebook users who like to take gaming on the road.

With games coming in larger file sizes (such as Rainbow Six: Siege’s many texture packs), Western Digital hopes that this new entry to their line of SSDs will give players plenty of hard drive space and a greater edge than ever before.