Valve has addressed the recent Street Fighter V character leak by apologizing to fans who were left wondering how the information had gotten out.

Back on August 1, the Street Fighter fanbase was left stunned as three brand-new characters for the SFV roster were leaked ahead of time. Traditionally, major announcements like this are reserved for huge competitive events like EVO, so that all fans get to experience that hype moment together as the reveal is finally made.

However, this time around, a trailer went live on Steam that showed E. Honda, Lucia, and Poison would be joining the SFV: Arcade Edition roster in the weeks and months following the conclusion of EVO. Now, though, Valve has addressed the leak and offered their apologies to disappointed fans. 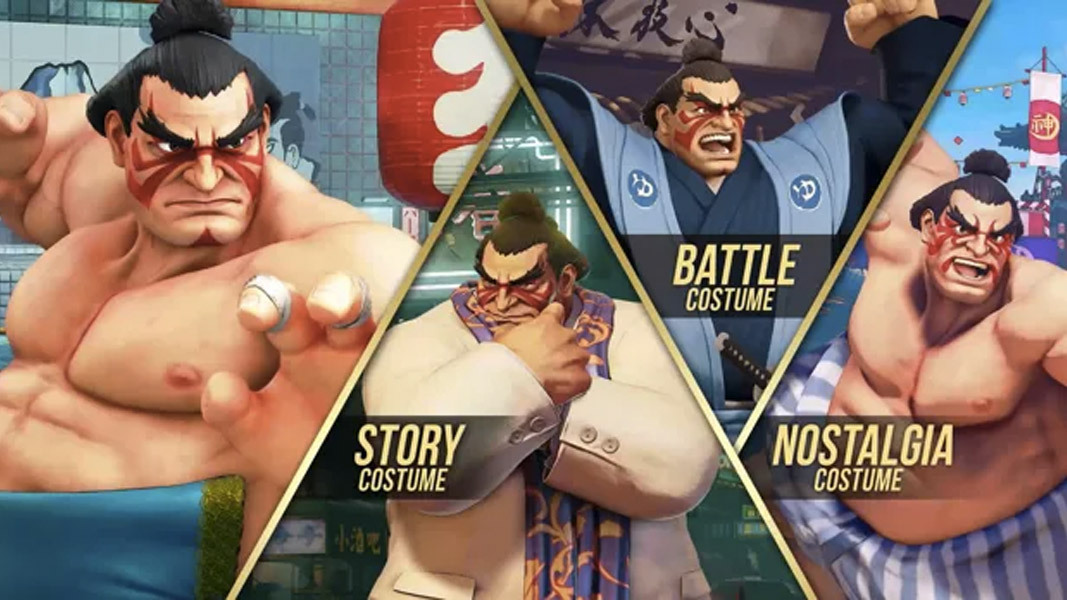 The iconic E. Honda will be a part of the SFV roster in the coming months.

In an annoucement post to the Street Fighter V community board on the platform, Valve employee TomG stated: “Dear Street Fighter V Fans, On Wednesday of this week there was a mix-up in the publishing process at Valve that caused a trailer to go live on Steam ahead of schedule.

“The trailer includes the major reveal of Poison, Lucia, and E. Honda as characters joining the fighter roster. It’s a regrettable and unintentional situation, and we have already implemented measures to prevent this error from happening again. We are fans of Street Fighter ourselves and we’re sorry for the error.“ 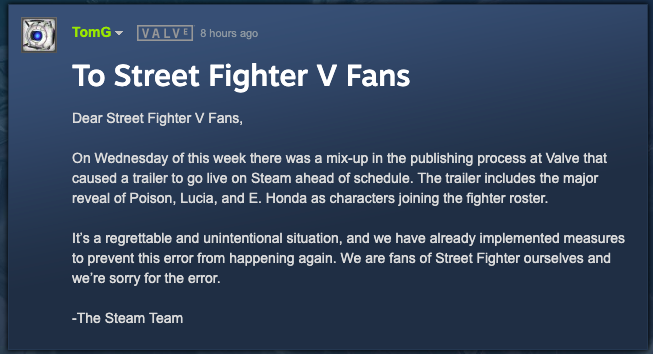 Of course, not everybody was buying the apology, or even that concerned by the leak. In fact, some even praised Valve for their slip up.

“Thanks for saving us the trouble of being disappointed,” commented Steam user Goshzilla. Another, RoddyPll, added: “It’s not your fault that the game is a disappointment. Actually, this early reveal is quite good. Capcom should thank Steam for giving some excitement for those who has SFV.”

Since the leak, Capcom has confirmed that the characters will be coming soon – even dropping the gameplay reveals that they were likely holding on to for EVO.

The SFV tournament finals conclude on August 4 from Las Vegas and it remains to be seen if the developers have anything else up their sleeve to make up for the leak.