Rivalry.gg launch new free-to-play Thunderdome that offers players the chance to make a lot of money

Online esports betting hub Rivalry.gg have launched their newest betting system called Thunderdome, which offers players the chance to make a lot of money without spending any of their own.

The way Thunderdome works is players enter contests and pick their predicted winners of matches across various major leagues around the world for major esports such as Counter-Strike: Global Offensive and League of Legends.

Once their picks are made and locked in, players can then watch and track the results of those matches to see if their chosen teams manage to claim victory.

In order to win a Thunderdome contest, a player must have correctly picked the winner in all of their matches, at which point they will be awarded either the full prize amount or their share if there are more than one winners.

Each contest has its own designated amount of prize money, which can start at $100 and go all the way up to over $1,000. The best part about this whole thing is that entry into these Thunderdome contests is absolutely free. 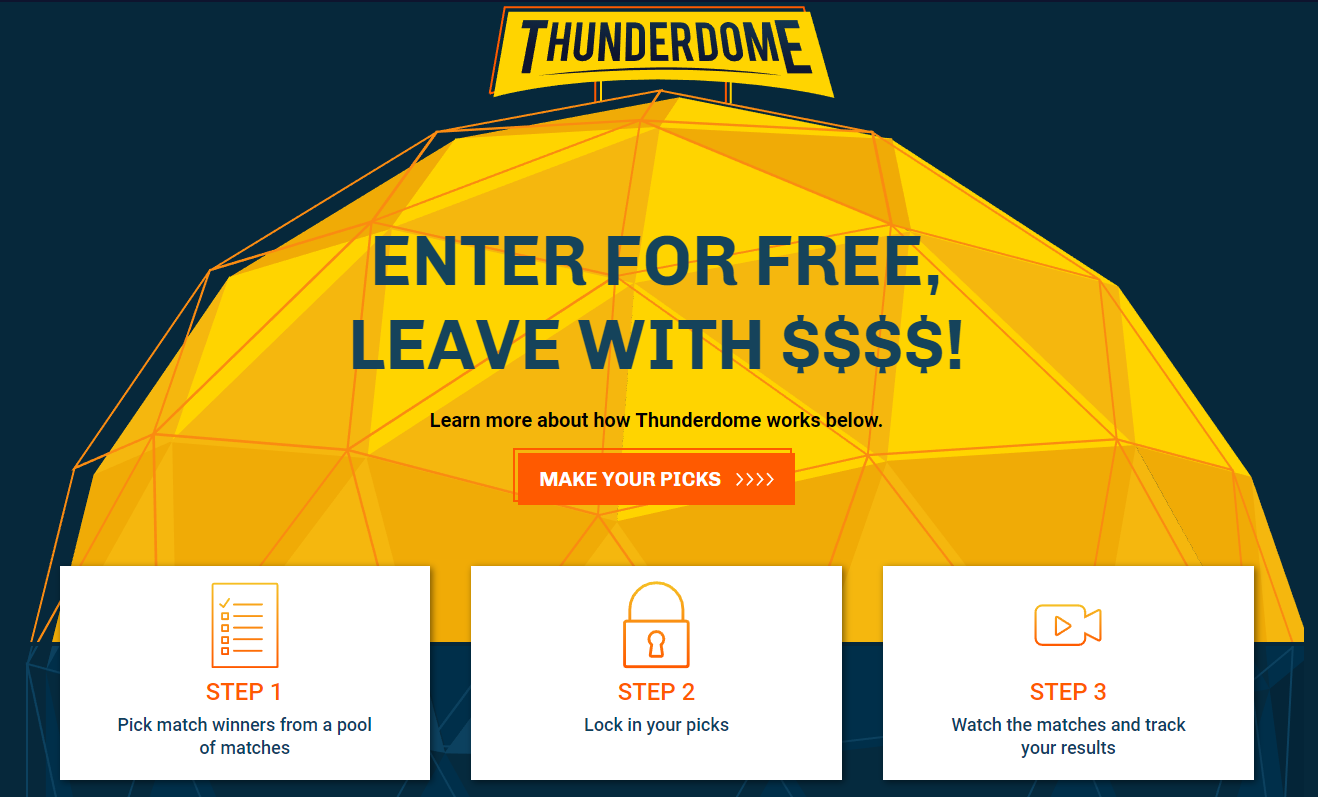 If no one is able to pick the correct winner for all of their matches, then the prize money for that week will be rolled over to the following week, and that will continue until someone is able to have a perfect pick sheet, at which point they will win all of the accumulated prize money.

Those who refer or invite a friend to Rivalry and they join and play a Thunderdome contest will receive a bonus pick in the contest of their choosing that they can use as an “extra life” if one of their picks is wrong.

As far as rules, terms, and conditions go, only those who are 18 years of age or older are eligible to play in Thunderdome contests, and all participants must verify their identity through a set procedure in order to play.

These contests are available globally, and all residents of the United States can participate with the exception of those who live in Washington or Nevada.