Announced at the recent Nintendo Direct, Assassin’s Creed III remastered is coming to the Nintendo Switch on May 21, 2019.

The release date for Assassin’s Creed III remastered on other platforms is March 29, 2019 and all the DLC content from the original game will be included plus remastered graphics. For those that have Assassin’s Creed Odyssey’s season pass, the remaster will be available at no extra cost.

Many believe that Connor, the main character isn’t the best protagonist, as fans regard him as boring. Nonetheless, with a complex and enticing storyline, sales could thrive for this game and is an important step in the franchise’s evolution. 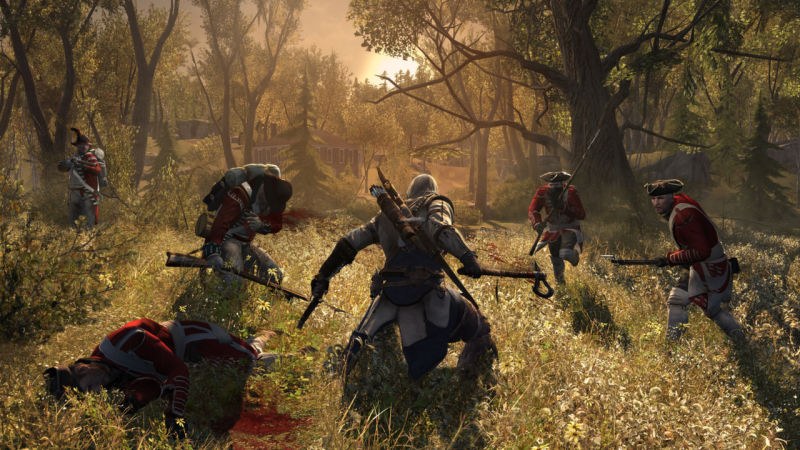 With Assassin’s Creed III on its way, it’s possible that we may see a remaster of Black Flag on the Nintendo Switch at some point, although many fans of the series believe that the pirate-based edition of the franchise is among the weakest of the released titles.

The Switch version will have new gameplay features such as aiming using motion control, and some touch-based gameplay too. From the press release, here’s what you can expect from the Remaster…

Players will embody Connor, a master Assassin born of the beauty and brutality of 18th-century America. As a bloody revolution draws near, your tribe is threatened by a powerful group seeking to crush the American Revolution and control the thirteen colonies. Shocked into action by the devastation of your village, you pledge your life to the cause of freedom and embark on a decades-long quest to achieve it.

The Tyranny of King Washington

Explore an alternate history where one of America’s greatest heroes, George Washington, succumbs to the temptation of infinite power. The new King is born and his reign leaves no one untouched. Players must return freedom to the land by dethroning the tyrant our hero once called a friend.

Follow Aveline’s story as she battles Spanish forces in the American south to win freedom for her land and people. A woman of conviction, Aveline fights for freedom in 18th-century New Orleans, a city on the brink of a rebellion as the Spanish Empire imposes its new rule. Embark on an epic journey that will take her from the crowded streets of New Orleans to voodoo-haunted swamps and ancient Mayan ruins.

What do you think about this new release? Will you be playing with Connor on the go from May 21? Get in touch with us via twitter @Dexerto and let us know your thoughts.