Spectators have started to line the streets in order to gain entrance into the $3 million Fortnite: Battle Royale Pro-Am Tournament at E3.

Taking place on Tuesday, June 12th, the Fortnite Pro-AM Tournament will feature 50 personalities from the gaming community pairing up with a collection of celebrities from various backgrounds.

The tournament will feature a massive prize pool of $3 million which is provided by Epic Games, however, all prize money will go to different charities chosen by the winners following the event.

With Fortnite being one of, if not the, most popular titles in the world, fans have traveled from multiple different countries to Los Angeles, California to witness the first event put on by Epic Games, and watch their favorite personalities compete.

Although the event does not start until 3:30 PM PST (6:30 PM EST, 11:30 PM BST), fans have been lining up all around the Banc of California Stadium to gain entry to the event, as shown by the picture below, which is one of many lines. 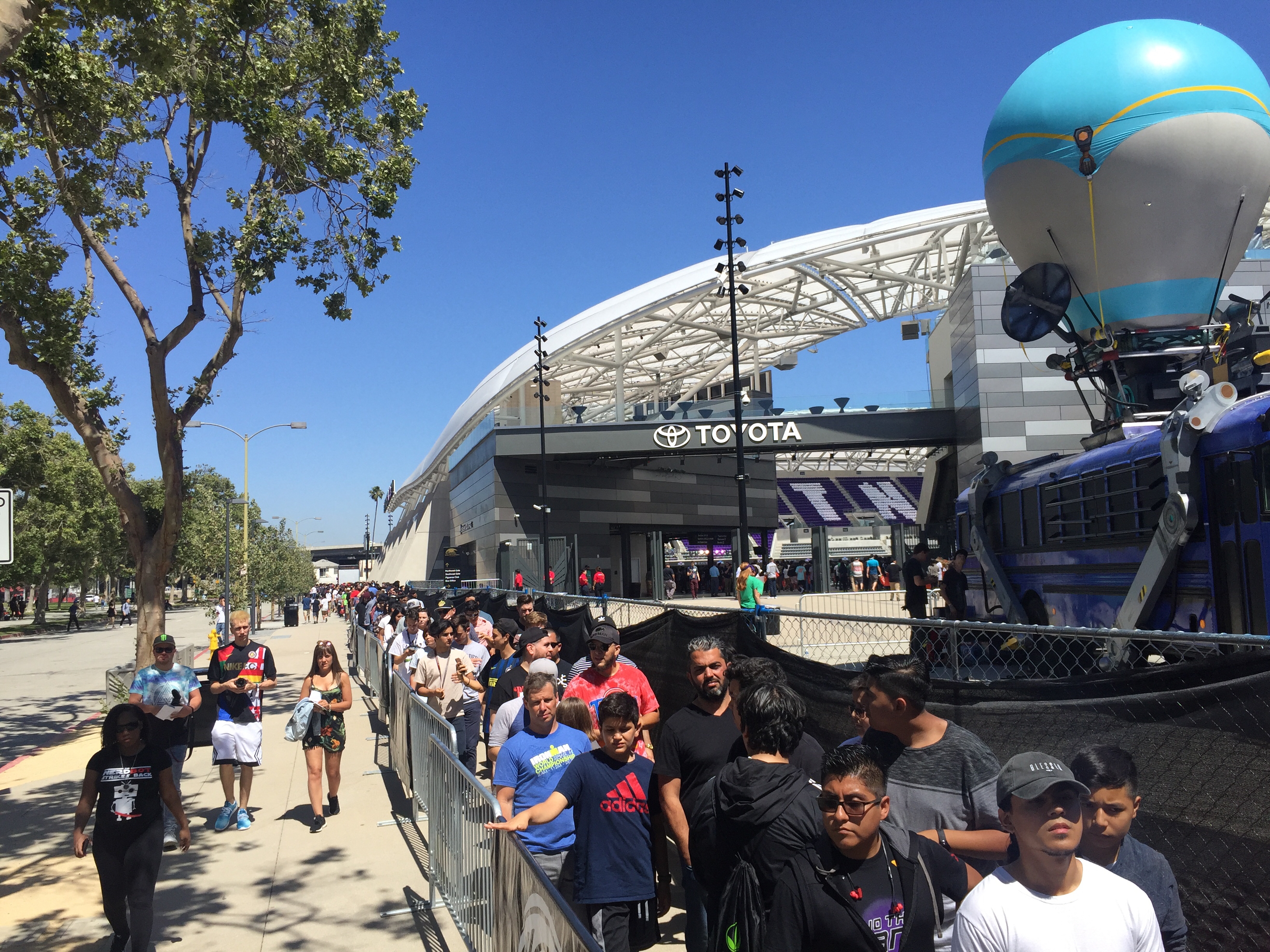 As of writing, it is unknown exactly how many spectators will be in attendance, especially with such a massive stadium.

More information on the Fortnite Pro-AM Charity Tournament including teams, players, and more can be found right here.