The Fortnite Winter Royale has wrapped up in the European region and LeStream Skite has taken the top prize.

The Winter Royale event was a chance for amateur players and aspiring pros to make a name for themselves in competitive Fortnite, since it was open to everyone.

200 players qualified for the next stage in each region, then the number was cut in half after two heats to set up the 100 player Grand Final.

Players were scored based on placings and eliminations. The scoring system is below.

LeStream Skite was the top finisher in opening round, finishing first in the European region with a whopping 42 points.

Skite continued their dominance after qualifying for the Grand Final, winning the event with 10 points.

Ghost Kamo, who finished in 14th place with 4 points, had one of the plays of the event as he won a fight against a full health and shield opponent while only having 4 HP. 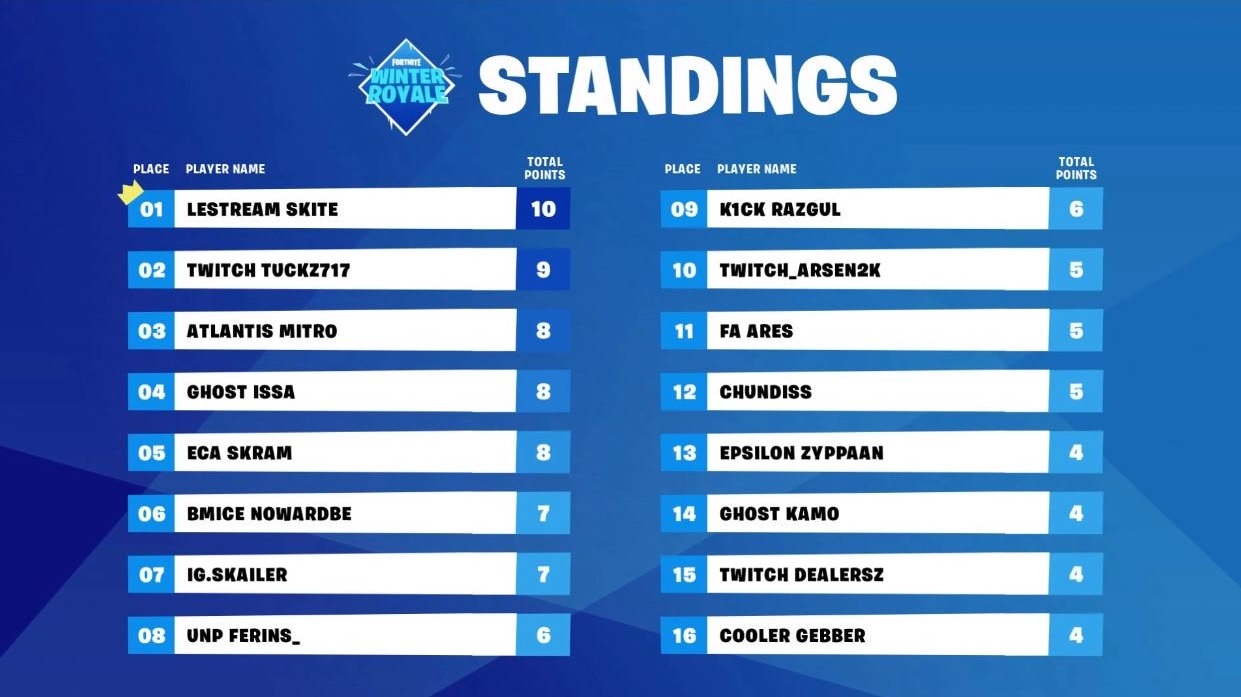 The North American region will have its own Grand Final, taking place on Wednesday, December 12. The tournament will begin at 5PM EST.