World Showdown of Esports have announced they’ll be featuring a $100,000 Fortnite duos Tournament for the first time on December 30, with an open qualifier for the competition on December 27.

WSOE began in October with a Dota 2 showmatch between Team Serenity and J.Storm that Serenity eventually ended up winning, and most recently a “Hearthstone Showdown” on Dec. 20 and 21.

Now, the tournament series is taking it’s first steps into the world of Fortnite with a $100,000 duos tournament to cap off 2018. 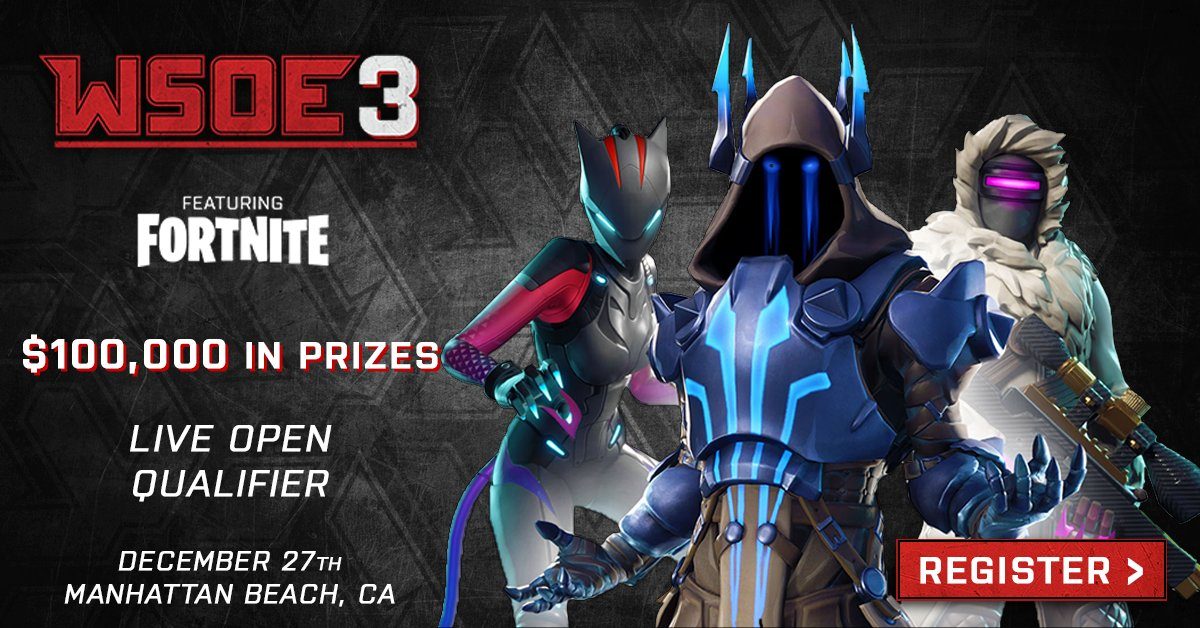 The tournament will take place on December 30 in Manhattan Beach, California, at 10 AM PST, and tickets to watch live are currently on sale.

It will be the first time a WSOE competition has included a qualifying tournament, with qualifiers taking place on December 27 in Manhattan Beach.

Registration for the tournament is now open, and anyone interested just needs to find a duo partner before signing up with WSOE right here.

ANNOUNCING the next installment of our prestigious tournament series, #WSOE 3 Featuring #Fortnite!! This $100,000 event will take place December 30th in Manhattan Beach, CA. For the first time, you will be able to attend as part of a live audience! :raised_hands::raised_hands::raised_hands:https://t.co/A0UX4ggTOX pic.twitter.com/iaA7jZKXvY

As well as welcoming 50 players from the Open Qualifier, the other half of the tournament will include pro players from  OpTic Gaming, Cloud9, TSM, NRG Esports, Ghost Gaming, FlyQuest, GankStars, G2 Esports, and Team Vitality.

For anyone who can’t make it to the live event, WSOE will be streaming the event live on their Twitch channel.